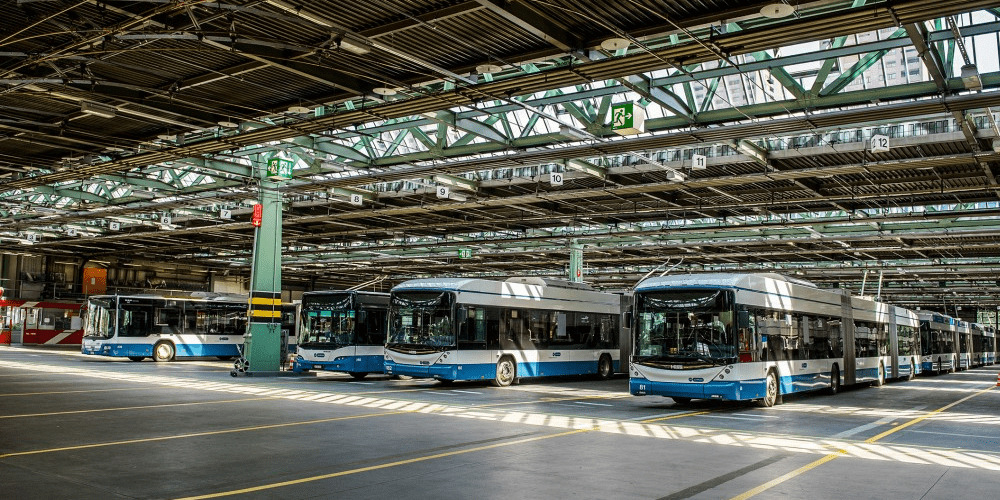 In Switzerland, Siemens won a contract from the Zurich Transport Authority (VBZ) for the supply, installation and commissioning of 45 Sicharge UC charging stations for electric buses. The charging infrastructure will be installed in the Hardau bus garage for 45 new electric buses.

Siemens indicates that the system should come into service at the beginning of 2022. The order is distributed between 30 Sicharge UC stations of 100 kW and 15 stations of 150 kW. Vehicles must be recharged via the CCS cable “mainly during night breaks”.

â€œIn order to modernize our existing garages for eBus operation as smoothly as possible, it was important for us to find a charging infrastructure that offered flexible integration,â€ explains Christoph RÃ¼timann, Vice-Director and Head of Technology at VBZ. â€œThe Siemens charging solution is exactly what we were looking for. “

Siemens highlights a special feature of the solution for Zurich: the supply of the charging cable from the ceiling. â€œExisting garages are often not designed to be fitted with charging infrastructure, and it is important not to disrupt ongoing operations when installing the necessary equipment,â€ said Birgit Dargel, Global Head of Networks future at Siemens Smart Infrastructure. â€œWe will install a matching cable suspension system, which also requires very little maintenance compared to other common cable drums. As a result, the passages will remain clear and incoming and outgoing vehicles will not be hampered. “