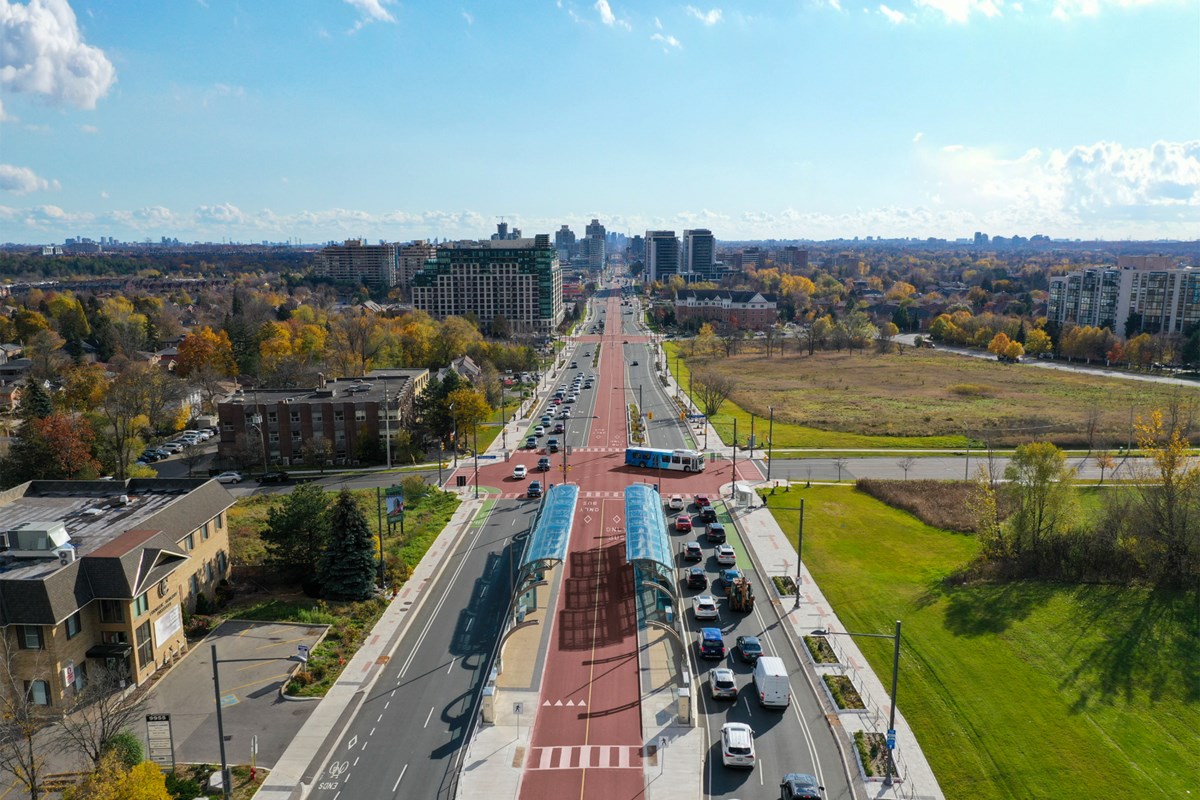 The Project of the Year awards are given to organizations that promote excellence in the management and administration of public works projects and recognize the alliance between the management agency, contractor, consultant and their achievements cooperatives. YRRTC, along with its consultant, Jacobs and contractor, York RapidLINK Constructors (Joint Venture of Dufferin Construction – A CRH Company and Aecon), are proud to be part of this year’s elite group of winners from across North America. North and have the Yonge Street BRT project recognized. The two awards were in the Transportation category, the APWA $75M+ division and the OPWA $50M+ division.

The Yonge Street BRT project is part of 34 kilometers of dedicated bus rapid transit lanes across York Region, funded by Metrolinx, an agency of the Province of Ontario. Over the past decade, YRRTC has worked closely with federal, provincial and municipal partners on the planning and construction of several award-winning projects, including facilities and bus terminals.

The Yonge Street BRT project will connect to the Yonge North Subway Extension, which is currently underway as part of the next phase of rapid transit projects. This next phase also includes an additional 132 kilometers of bus rapid transit to meet the goals of York Region’s rapid transit network plan in 2051.

“As Chair of the YRRTC Board of Directors, I am proud of the success of rapid transit projects in York Region, demonstrating the value government partnerships can bring to our communities,” said Frank Scarpitti, mayor of the town of Markham. “We are providing much-needed rapid transit and awards like this recognize the transformation we are making as we improve urban design and make these transit corridors attractive places. Building on these partnerships, we must move the next phase of rapid transit forward together.

“Transportation remains a major issue for half of all residents of York Region, and York Regional Council continues to make record investments in transportation and transportation-related projects,” said Wayne Emmerson, President- York Region General Manager. “Rapid transit corridors provide travelers with increased safety, efficient and accessible roads, and better access to sustainable travel, including transit, cycling and walking. This important infrastructure continues to support the growth of our communities for generations.

“APWA is honored to celebrate the 2022 Projects of the Year Awards. The winners are examples of infrastructure projects that are planned, designed, built and maintained to improve the quality of life for everyone in their communities. The Public Works Projects are critical to addressing the challenges of failing infrastructure in North America, rebuilding our resilience and telling our story to support infrastructure funding,” said APWA President Stan Brown, PE, PWLF. “I am proud and inspired by all of our public works members who continue to provide exceptional and selfless service to their communities, even in times of pandemic and emergency.”

Cars towed away after Springfield flood; Heavy rain, a nearby stream, and clogged drains possible culprits