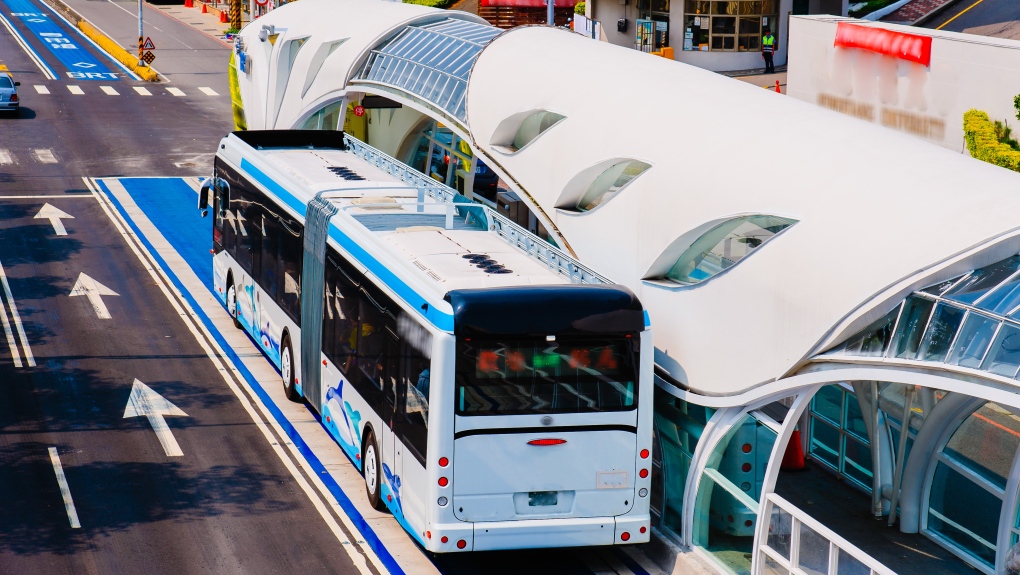 What is Bus Rapid Transit? TransLink gives it priority

Metro Vancouver’s regional transit provider adopted its priorities for the next 10 years last week. While some well-known projects like the SkyTrain to UBC and the SFU Gondola topped the list, much of the planning document is dedicated to smaller, less expensive system upgrades.

In total, TransLink estimates that its priorities represent a 130% increase in bus service in Metro Vancouver.

Part of this increase is intended to lay the groundwork for the introduction of Bus Rapid Transit (BRT). TransLink says “up to nine” BRT lines could be developed over the next decade, although the actual total and timing will depend on support from local governments.

A BRT line is, essentially, a bus that operates as if it were a SkyTrain. BRT buses run on existing routes, but in dedicated lanes separated from regular traffic. They serve stations, rather than roadside stops, with real-time timetable information and station fare payment.

The planning document identifies nine “candidate BRT corridors” and directs TransLink to “identify design requirements, such as alignments, rights-of-way and lane reassignment needs” for each.

The first real implementation of BRT in the region would not take place until TransLink’s investment plan for 2025, when two to four lines would be prioritized “based on candidate corridors with strong local government support and a high probability of successful implementation”.

The transport agency notes that municipal support for the design requirements, “particularly the allocation of road space”, will be a key part of the planning process.

The nine candidate corridors are:

“The emphasis on BRT in these 10-year priorities is for good reason,” reads the planning document.

“While BRT requires the reassignment of traffic lanes to dedicated rapid transit traffic lanes, its lower cost means we can provide fast, frequent and reliable rapid transit service faster and at lower cost. and in more areas of the region than would otherwise be possible with a rail-only approach. This way, our region can achieve a near doubling of the rapid transit network in 10 years.”

TransLink’s plans call for BRT buses to be zero-emission vehicles with “spacious” interiors.