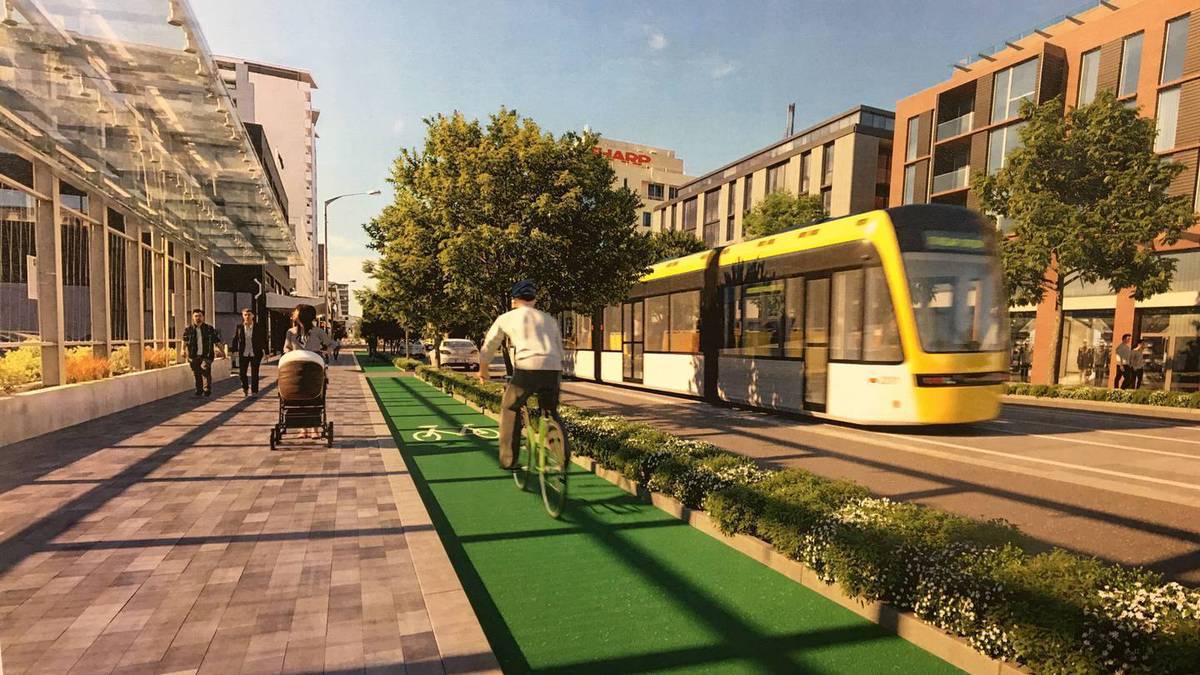 One of the most expensive parts of Let’s Get Wellington Moving is rapid transit. Image / Supplied

Each option developed for the big-ticket items of Wellington’s $ 6.4 billion transportation plan will include rapid transit routes to the eastern and southern suburbs.

The original proposal of Let’s Get Wellington Moving (LGWM) was to create a rapid transit route between the city center and the airport. Later in the project, it was revealed that a route to Island Bay was also in the mix.

Now LGWM Governance Reference Group chairman Daran Ponter has confirmed that it is not one or the other.

Both routes will be included in each option package that will be unveiled to the public for viewing in early November.

The questions weighing on rapid transit have become questions of which mode and how routes will be phased.

Ponter said the inclusion of the two routes demonstrated the “clear realization” that the goal of rapid transit was not just a connection with the airport, but that it provided for population growth in the city. from Wellington.

â€œIf the Let’s Get Wellington Moving program, in its start-up phase, was guilty of anything, it was considering the airport as the final destination.

“We do not despise the airport, but they are only a part of the population. It is not necessarily the final destination, nor the only objective.”

Last week, the LGWM project team revealed that the two options for the rapid transit type would be light rail buses or articulated buses, also known as â€œbendy busesâ€.

Ponter said the flexible buses were actually a trailer on the back of a bus with multiple-door boarding, often on both sides.

These buses could have up to two trailers on the back, meaning they could carry up to 150 people, Ponter said.

Bendy buses do not have lanes to be able to travel on the road, which may need to be reinforced in some places to accommodate them.

Bus stops should be extended to accommodate one or two winding buses at a time. The bends of the buses should also be taken into account when designing the route, Ponter said.

The two routes, to the eastern and southern suburbs, wouldn’t necessarily have the same type of rapid transit, Ponter said.

â€œBendy buses will improve the experience of public transportation in an area, but potentially won’t do the same job of increasing population that might happen if you set up a light rail.

“So the choice between these options is going to be largely determined by the population density along the two routes that we are planning over the next 20 to 30 years.”

Ponter did not say on how many different packages the public would be consulted.

But, he said, all included rapid transit routes east and south, solutions to congestion around the basin reserve and a second Mount Victoria of “some description.”

Ponter said the packages would be presented to the public in early November.

The timing and phasing of these projects would be determined once the final combination of options is confirmed, Ponter said.