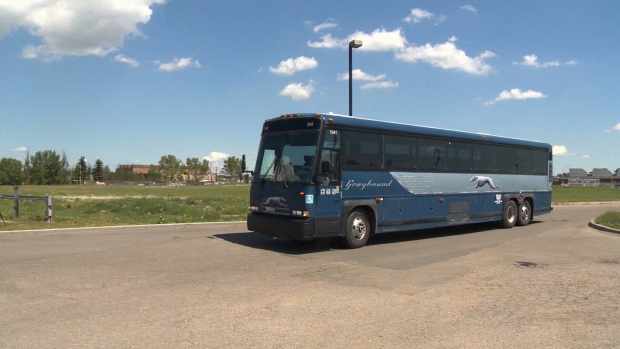 MONTREAL – You know the pandemic has taken a very long time when the thought of waiting for a connection at the Albany bus station sparks a party.

But many Montrealers will rejoice when they learn that after 19 months, Greyhound Canada has announced it will resume service across the border in just two weeks.

On November 8, the land border between the United States and Canada will finally open to Canadians driving south, provided they are fully immunized.

Greyhound said in an email to subscribed customers on Monday that it was ready to resume service the same day.

â€œWelcome to the United States,â€ the subject line of the email said. “We are ready to reconnect.”

The busy Montreal-New York bus line isn’t the only one restarting, with multiple trips per day, as well as what appears to be a single bus leaving Montreal to Boston each morning.

Reservations opened immediately after the announcement, and at least a few buses appeared to sell out, with just three departure times remaining Monday night for the first day of travel.

Greyhound even suggested a few reasons Canadians might want to cross the border, in case they forgot: “Reconnect with friends, enjoy the next family vacation, or even plan your trip in warmer weather this winter,” suggested the company.

While Greyhound Canada permanently shut down all of its routes to Canada this spring, three years after it ceased service to Western Canada in 2018, it said the company would continue to exist and would only offer Canada-State routes. -United.

Many will not need this kind of reminder. The restart of cross-border buses will be a radical change for many people separated from their loved ones since March 2020.

Canadians have been able to fly south all the time, but not all can afford that option, and not all of their friends and family live in areas of the United States that are easily accessible by air.

Americans, meanwhile, have been able to cross the border north since August, but only if they have access to a car. Cross-border or one-way car rentals can be very difficult to find and overpriced.

It was even more difficult than that, however. Those who wish to piece together a more complicated journey, like taking a taxi the last short distance and crossing on foot, have also been stranded, public transport to areas near the border has also disappeared in the pandemic, at least near Montreal.

For example, amid global self-isolation and the loss of its Canadian customers, in the spring of 2020, Amtrak decided to cut off the New York-Montreal train line to end service to Albany, at around half the distance of the previous route.

Monday’s news means that the entire cross-border area around Montreal and upstate New York will now be reconnected for the first time in two years, as well as bringing back one of the most popular links between New York and Montreal.

Buses continued during the pandemic in the United States to Buffalo, the US destination closest to Toronto, and to Seattle, the city closest to Vancouver.

Amtrak said in a statement that it is working with federal agencies to take over three services: Amtrak Cascades to Vancouver, British Columbia, Amtrak Maple Leaf to Toronto and Amtrak Adirondack to Montreal.

The company said it hopes to resume passenger rail service “soon after the borders reopen and will announce at a later date when services will be restored.”