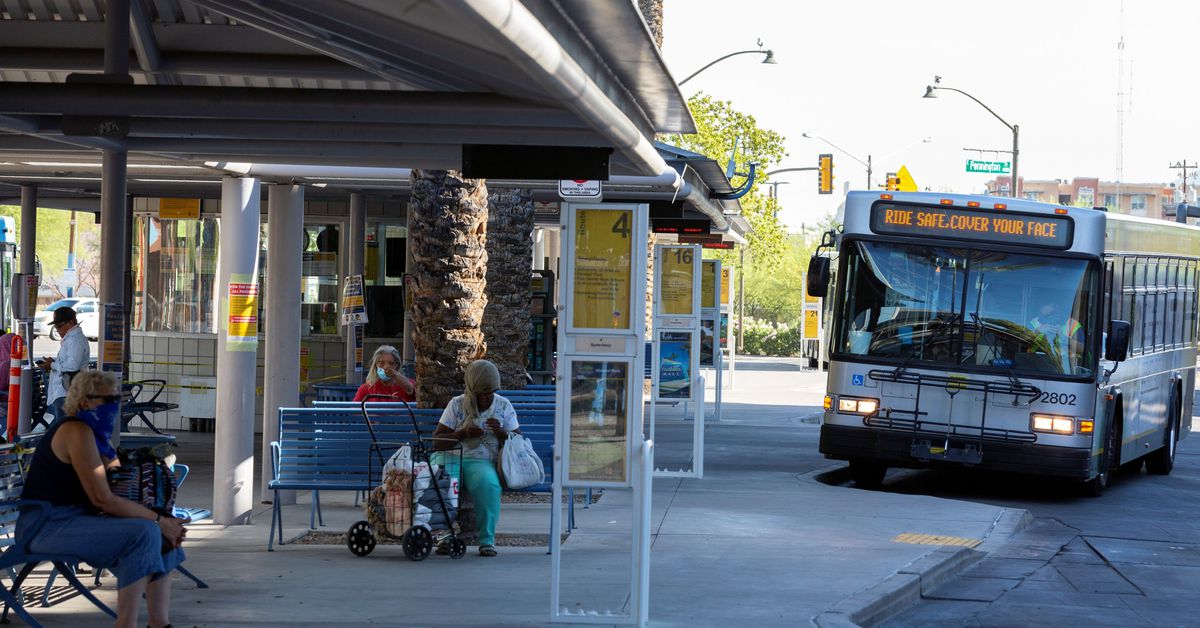 US $1.66 billion grant for new buses aims to reduce emissions

WASHINGTON, Aug 16 (Reuters) – The U.S. Department of Transportation said on Tuesday it is providing $1.66 billion in grants to cities and states to buy 1,800 buses as part of a shift to cleaner travel and low emissions.

The funding will also purchase 700 buses, including hybrid electric, natural gas and diesel models. “These grants are going to be used in every corner of the country,” White House infrastructure coordinator Mitch Landrieu told reporters.

Buses account for about half of the 10 billion U.S. transit trips made by Americans in 2019. But there are still few green buses — only 18% of the 72,000 U.S. transit buses were hybrid-electric in 2020, according toto American Association of Public Transportation.

Public transit has suffered from COVID-19 as tens of millions of Americans work from home and limit business and tourist travel, but systems are reporting increasing use as Americans return to work and travel.

to purchase around 230 electric buses to replace old diesels, electrifying almost 4% of its fleet of 5,800 buses.

The Infrastructure Act provides $5.5 billion over five years for bus subsidies, six times previous funding levels, and $2 billion for the purchase and rehabilitation of buses and the construction of facilities. bus maintenance.

Memphis will receive $54 million to build an operations/maintenance facility, while New Jersey Transit will receive $44.6 million to renovate its Union City garage near New York and create a public bus terminal.

Danville Airport upgrades continue; northern part of the terminal will be completed next week | Local News