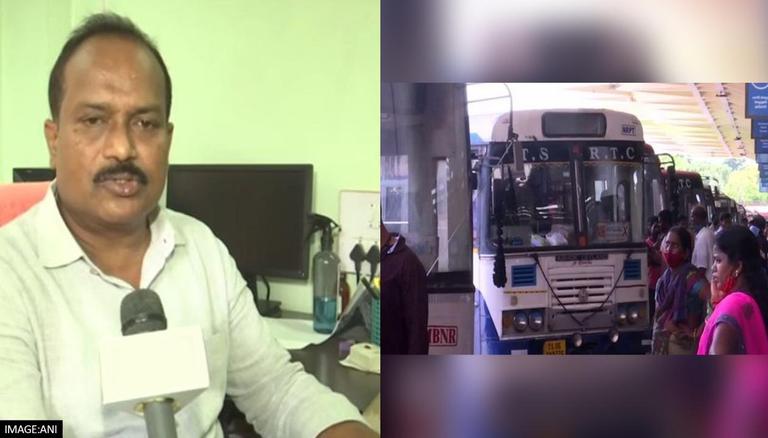 TRSTC to operate 4,000 special buses for nine days in Dussehra

During the Dussehra festival, the Telangana State Road Transport Corporation (TSRTC) would operate nearly 4,000 special buses. TSRTC regional director Venkanna told ANI that special buses have been arranged from Mahatma Gandhi Bus Station (MGBS), Jubli and other bus terminals. Buses from Khammam and Nalgonda will stop at Dilsukh Nagar, while buses from Warangal Town will stop at Uppal Ring Road. The passenger is not required to come to MGBS to shuttle. Venkanna went on to say that the TSRTC operates buses from the settlement area for the benefit of residents as well as nearby educational institutions where around 20 to 25 groups can board the buses. This service is available for the nine days of the Dussehra celebration.

The TSRTC regional manager added that Hyderabad operates around 80 premium luxury AC buses in the Twin Cities. As many employees work from home, there is less demand for AC buses; therefore, TSTCR converted these luxury AC buses to Rajdhani buses. Nizamabad, Armoor, Bodhan, Karimnagar and Warangal are all served by these buses. â€œApart from that, we also introduced AC buses to Mehboob Nagar,â€ he continued.

Meanwhile, from October 8-18, the Andhra Pradesh State Road Transport Corporation (APSRTC) would operate 4,000 special buses to accommodate festive traffic during Dussehra. APSRTC Director General Dwaraka Tirumala Rao told the media on Wednesday October 6: “We are together circulating about 4,000 special buses before and after Dussehra.” Rao further informed that around 1,800 buses would run before Dussehra and 2,200 buses would run after Dussehra. He added that out of a total of 4,000 buses, nearly 1,383 buses are expected to run from Hyderabad, 277 buses from Bangalore, 97 buses from Chennai and the other 2,243 buses are expected to ease traffic from various places around the city. Andhra Pradesh.

However, on the other hand, the general manager revealed that the cost of traveling on these vehicles would be 1.5 times higher than that of regular bus tickets. When asked why the costs would be higher, Rao explained that the buses are only crowded on one side of the road during the festivities. So, without the increase in ticket prices, the APSRTC would suffer a monetary loss. He urged people to understand the problem.