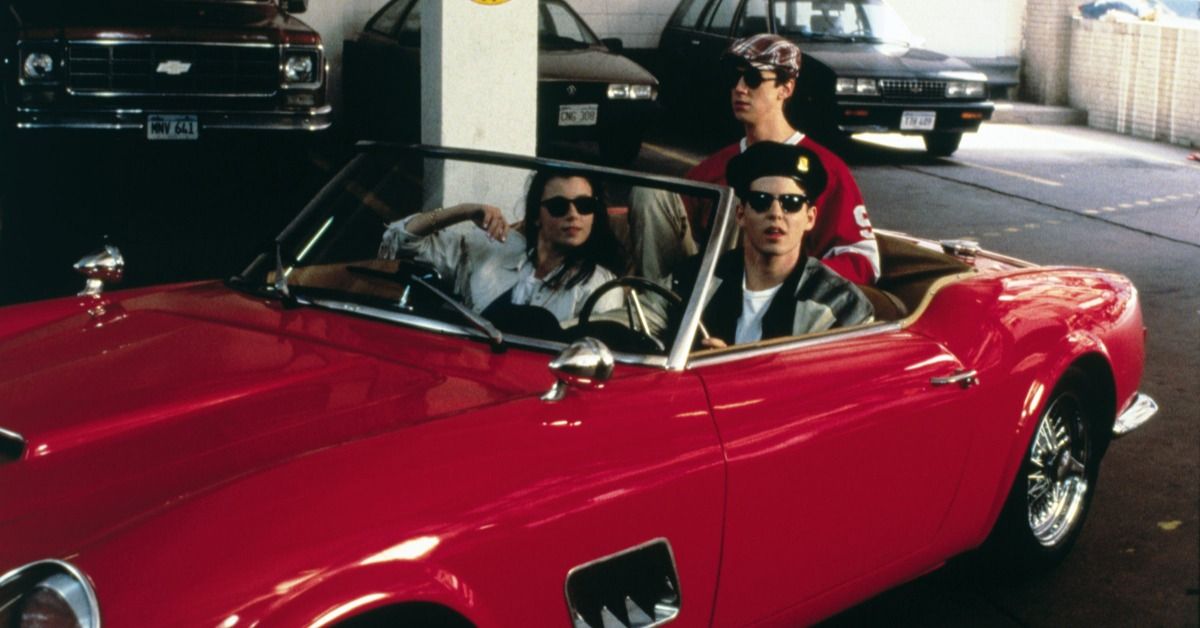 These Were Some Of The Best Movie Cars Of The ’80s

Much like the ’70s, the ’80s was a period of time that could largely be considered an automotive renaissance, of sorts. In a time when excess and gaudiness were celebrated, the car designs of the time were no different.

Concurrently, the film industry was at the beginning of a second golden age, seeing some of the most iconic, blockbuster films of all time. It’s no wonder some of the most recognizable cars are largely from ’80s movies, as the technology of the time allowed for these films to be watched in the home for the first time ever.

The Blue’s Brothers’ cop car, the ECTO-1 from Ghostbusters, Doc Brown’s DeLorean time machine, all gracing the bedroom walls of kids everywhere, in the form of posters. What’s not as well known is that the ’80s was one of the first periods where car culture and the underground racing scene were finally being portrayed, and accurately to boot.

This feature is meant to give praise to some of the more obscure movies that paved the way for car culture feature films, as well as give praise to major motion pictures that got it right when choosing the perfect cars. These are some of the best movie cars of the ’80s.

King Of The Mountain’s Porsche 356

As one of the more obscure films on this list, King of the Mountain stars Henry Hamlin as Steve, a Porsche repair tech by trade, but known around the underground scene of LA as, the king of the mountain.

Set in the tasty twisties of Mulholland Drive, near San Fernando Valley, Steve and his Porsche 356 have begun to lose passion for staying on top. After Steve meets a love interest (who wants nothing to do with cars and the racing scene), he must decide his future. Meanwhile, Cal (Dennis Hopper), another tech at Porsche, eggs him on to continue competing. Ultimately setting up the final battle between Steve and Cal.

Although this movie would be considered a flop by box office standards, it’s seen as one of the original car culture movies to feature street racing.

Charlie Sheen, undead (in the movie, not real life), racing as an alien-like entity seeking revenge on the gang who murdered him. Not intrigued yet? Well how about if we remind you that he races in Dodge’s best concept car ever, the M4S.

Short for mid-engine, four-cylinder, sport, the joint effort between Chrysler and Cosworth saw its tiny 2.2-liter forced induction engine push 440-hp, with a 0-60 mph at a mind-boggling 4.1 seconds (it’s 1986, and a Dodge, what do you expect?), and could reach top-speeds of up to 195 mph.

Set in a Podunk town in Arizona, Sheen (Jake/Wraith/Jamie), must battle the gang that murdered him, usually with the race ending in their demise. Although unbelievable, it does make for a fun movie, featuring a badass concept car.

In what could be portrayed as the least car-enthusiast movie featured in this article, the Goonies is a cult classic set in the pacific northwest, where a group of friends must embark on an adventure to save one friend’s house from being repossessed.

However, during the scene where a young, Josh Brolin is forced to ride his sister’s bike in order to catch his baby brother, we see a glimpse of quite possibly America’s most popular car of the tie: a 1983 Ford Mustang GT 5.0.

In classic red, with a fat black racing stripe, the car is driven by the resident yuppie and jerk, Steve Antin. In what is now an iconic scene, Brolin is forced to go skitch a ride when the country-club brat, Steve, grabs him by the hand and accelerates through the Northern Oregon coast. After a quick jaunt, Brolin is catapulted into the forest as Steve drives off laughing.

If the Goonies was an example of an iconic car going largely unnoticed, then the Ferrari 250 GT California featured in Ferris Bueller’s Day off, certainly is the best example of a classic car stealing the show, quite literally.

As we all know by now, Ferris and his friend, Cameron, don’t see eye to eye when it comes to borrowing the car of Cameron’s dad. We can understand why though, seeing how it’s not just the family minivan, but what can be argued as one of the greatest cars of all time.

Featuring the greatest-sounding Ferrari engine of all-time, the Colombo V12, the 250 GT produced a very modest 240-hp, and 195 lb-ft of torque. But with an engine that revved up to 7,000 rpm, 12 cylinders, and a yellow badge with a prancing black horse, there is no other substitution.

With the mind-melting price tag of $17,000,000, we’re just glad director, Alan Ruck, only destroyed a Ferrari kit car, and not the real deal.

In another instance of an extremely obscure car enthusiast movie, 1981’s dystopian film, The Last Chase, features the greatest CAN-AM car of all time: the Porsche 917 CAN-AM roadster.

Set in 2011, the US is now a police state and an auto racer (Lee Majors), finds an unlikely partner in an electronics savant (Chris Makepeace) as they seek freedom in their banned motor vehicle, as they are being chased by a fighter pilot.

Majors must use all 1,100-hp the 917 produces, in order to reach “Free California,” a safe zone in the now authoritarian state. After years of skulking in the night at junkyards, Majors has finally rebuilt the car that once brought him glory in the racing circuit.

Luckily, he had great taste as a racer, because the 5.3-liter, 12-cylinder twin-turbo engine was the most powerful sports racer car ever built and raced. It also was the only CAN-AM because that wasn’t a Chevy, to win.

Megalopolis Expressway Trial, The Shuto Expressway, Freeway Speedway, this 1988 film about illegal highway racing in Japan had more names than the amount of people who know about this film today.

However, this well-hidden gem is seen as the basis for the explosion of 2000s underground racing movies. During an era when the Mid Night Club ruled the Wangan Highway, street racers challenged each other to see who can beat the speed record set by an F1 racer. MET is the first movie in a series of six films that glorify the world of illegal highway racing.

The movie is certainly a “who’s who” of classic JDM cars. Everything from R31 Skyline’s, AW11 MR2’s, AE86’s, and S130 Z’s is featured, with many more making an appearance. During its heyday, the movie was banned (and still is) in Japan, due to its “reckless” message of unadulterated speed to achieve glory.

It’s easy to put cars in a movie, but deceivingly difficult to make it a good car movie. These, however, are awesome.

Jacob is a is a writer and gearhead splitting time between Southern California and Phoenix, Arizona. When he’s not wrenching on his and his wife’s questionable fleet of cars; he’s learning DIY repair, researching car culture and history, or casually browsing used cars. Jacob cut his teeth writing for the now defunct, Oppositelock, before the website was blown up.