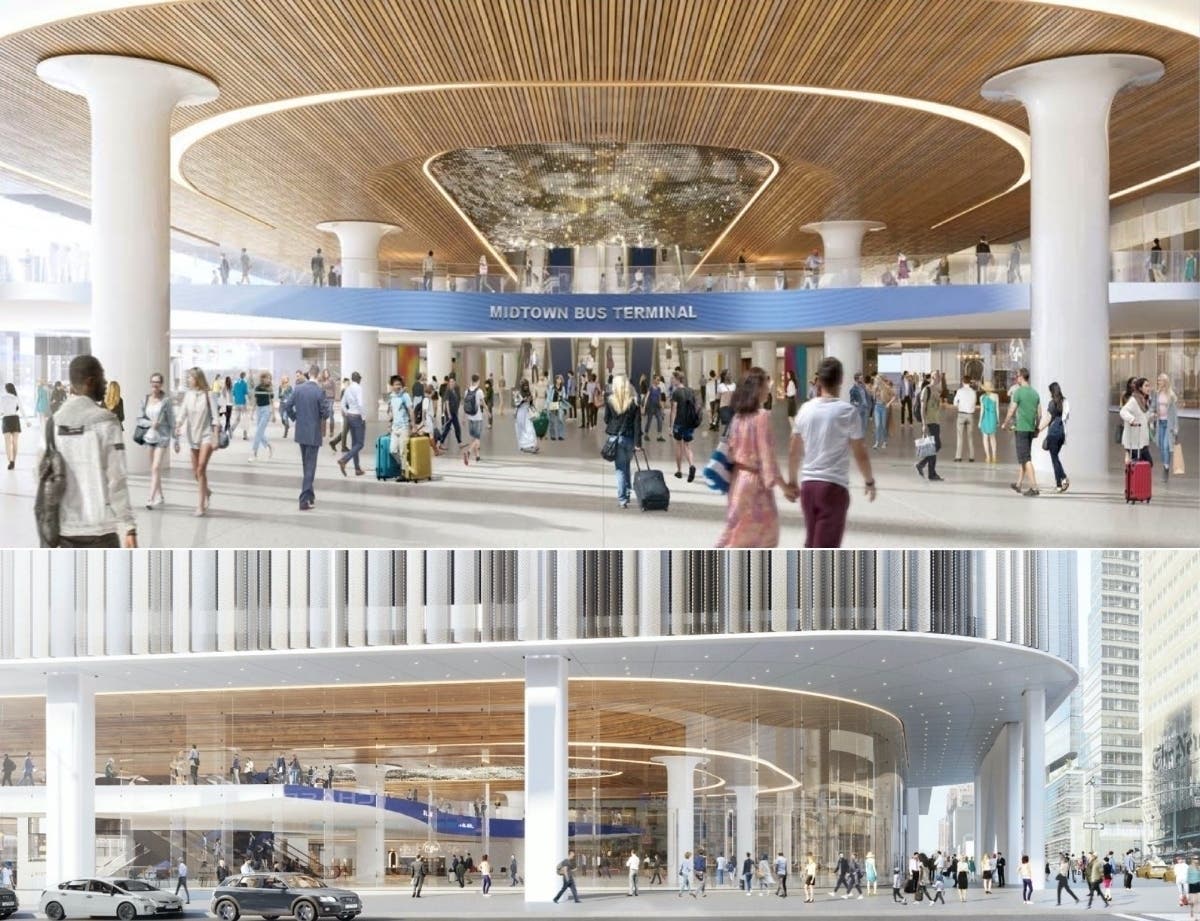 MIDTOWN MANHATTAN, NY – New Yorkers will have one of their first chances to consider the Port Authority’s proposed bus terminal replacement in a series of public hearings this week.

Plans unveiled in January by the Port Authority of New York and New Jersey call for an expansive, glassy new terminal to replace the existing 70-year-old bus station, widely criticized for its cramped facilities and dreary interiors.

If built, the 160-door terminal would reshape the surrounding area, expanding passenger space by 40% and paving the way for the construction of four new high-rise towers to help finance the construction, estimated at 10 billion dollars.

It would also pave the way for new open public spaces atop a new platform between Ninth and 10th Avenue between West 37th and 39th Streets.

More than 30 proposals to replace the terminal have been put forward since 2013. A 2016 proposal, which would have involved the seizure and demolition of several blocks of Hell’s Kitchen, has collapsed amid stiff community opposition.

Community Board 4 was more open to the project this time around. Council leaders wrote in a March letter to the port authority that they were “happy” that the community’s contribution was factored into the design of the project.

Yet they exposed dozens of neighborhood issues, including effects on air quality, effects on traffic, and the height of proposed towers.

The existing bus terminal is the busiest in the world, serving around 260,000 passengers every day of the week before the pandemic. The 186-door building, however, “was not designed and cannot handle today’s modern volumes and buses,” executive director Rick Cotton said in January.

During the public presentation unveiling the new terminal, Cotton showed a series of headlines describing the complex as a “monstrosity”, “literally hell on Earth” and “the worst place on planet Earth”.