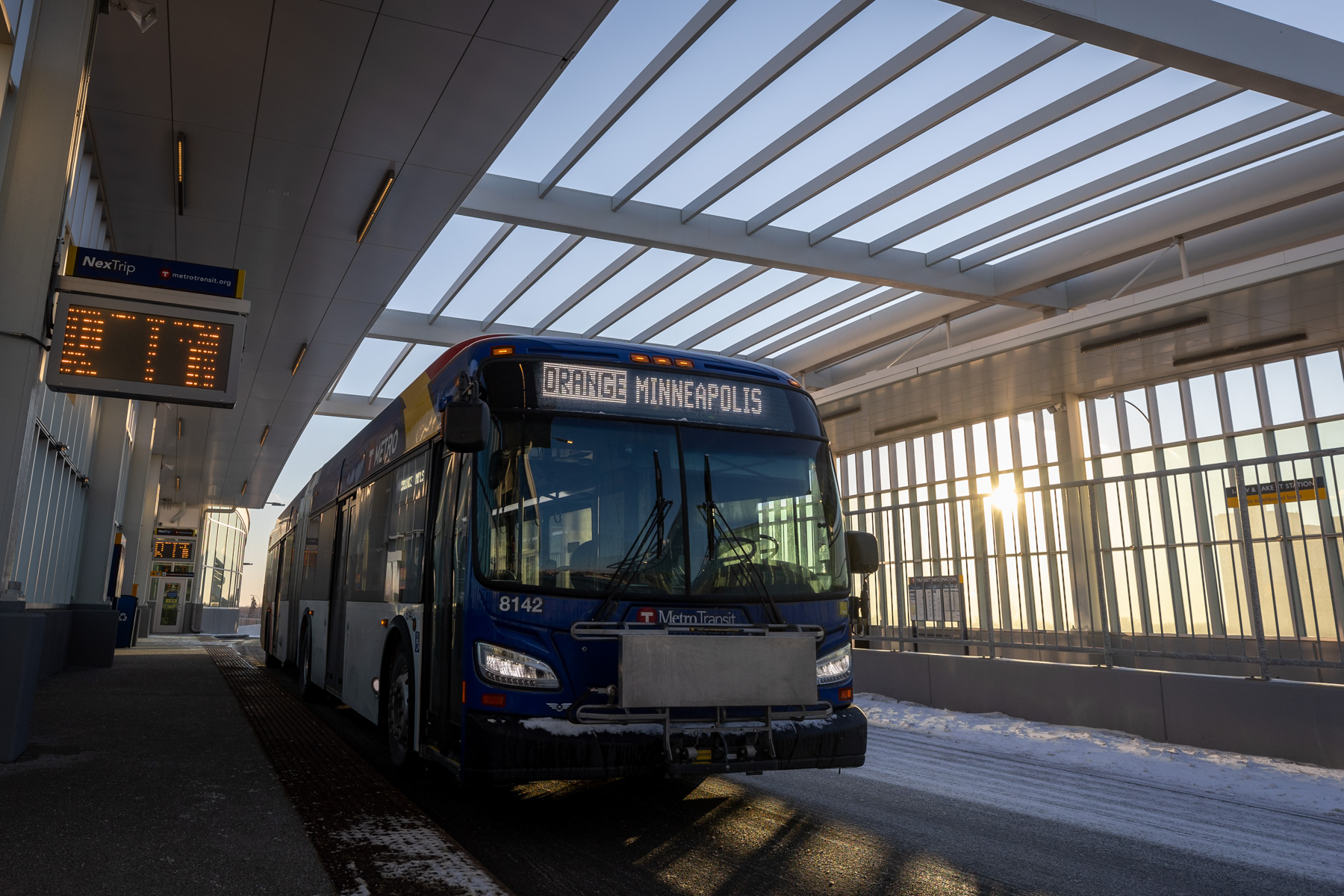 For years, Scott took the Route 535 bus from downtown Minneapolis to his job in the medical device industry in Bloomington. Like many long-time bus drivers, he had noticed all of Route 535’s inefficiencies: the extra right turns it would make to reach an out-of-the-way stop or the extra time waiting for people to exit by. the front door before boarding. the riders could enter. He’s gained an average of seven minutes each way since the new line opened on December 4.

“I like it better,” Scott said. “It’s comfortable and it’s efficient.

For Scott and other riders of color who use transit to get to work or visit loved ones along the Interstate 35W corridor, the $ 150 million Orange Line introduces a new kind of service. The Orange Line is the state’s latest and largest highway bus rapid transit project.

Bus rapid transit includes larger buses, fewer stops, pre-board payment, and multi-door access. These features are meant to make it a faster and more enjoyable experience. The service operates on a regular schedule like the light rail: buses run every 15 minutes throughout the day, making the journey smoother and faster.

With a cost significantly lower than the light rail or traditional subways, Metro Transit and the Metropolitan Council are betting that a fully developed bus rapid transit system will make the Twin Cities a place where more people turn to transportation. in common.

Building this system and making it attractive to residents is essential to Minnesota’s efforts to reduce greenhouse gas emissions. Transportation is now the highest source of fossil fuel pollution in the state, according to a 2020 report from the Minnesota Pollution Control Agency. Vehicle emissions are only 7% lower than in 2005.

Line A runs primarily along Snelling Avenue in St. Paul; Line C connects Brooklyn Center to downtown Minneapolis via Penn Avenue on the north side. A southern suburban subway line, the Red Line, connects Apple Valley with the Mall of America.

But other roads are on the way. Line D, which will replace the existing Route 5 bus line and connect Brooklyn Park to the Mall of America via Minneapolis, is expected to open in late 2022. Line B, connecting South Minneapolis to downtown St. Paul along of Lake Street and Marshall and Selby Avenues, is scheduled to open by 2024.

In 2021, the Minnesota Legislature approved funding for Line E (from Southdale to the University of Minnesota to Uptown and downtown Minneapolis) and Line F (from northeast Minneapolis to Anoka via Central Avenue).

Other motorway routes are also planned. The Gold Line, from St. Paul to Woodbury along Interstate 94, will begin construction this spring. The purple line from St. Paul to White Bear Lake recently passed a major hurdle in approving federal funding and could be operational by 2026, the Star Tribune reported.

“With these projects, we can keep those promises,” Olson said.

This is the case of Mark Afanasyev, a first-generation Russian-American who regularly takes transit from his home in southern Minneapolis to visit his parents in Burnsville. He took Route 5 to the Mall of America before taking a suburban line that brought him to Burnsville. Now he can take the orange line and take it directly to meet his family.

Metro Transit data shows people of color are more likely to live within a five-minute walk of the Orange Line in Minneapolis, Richfield, Bloomington and Burnsville. This diversity means communicating with people of multiple cultural and linguistic backgrounds.

“We’re looking to find out who lives near these lines and what languages ​​they speak,” Olson said.

In downtown South Minneapolis, for example, Metro Transit sent direct mail to households in English, Spanish, Somali, and Oromo. The agency is trying to partner with community groups and advertise in multiple languages ​​through cultural media (including Somali language ads for the Orange Line in the Sahan Journal).

Transit planners communicate with riders during the design and construction phase of projects, Olson said. And an advertising blitz takes place before the opening of the line and in the weeks that follow.

NASCAR tests the next generation of cars at Daytona International Speedway