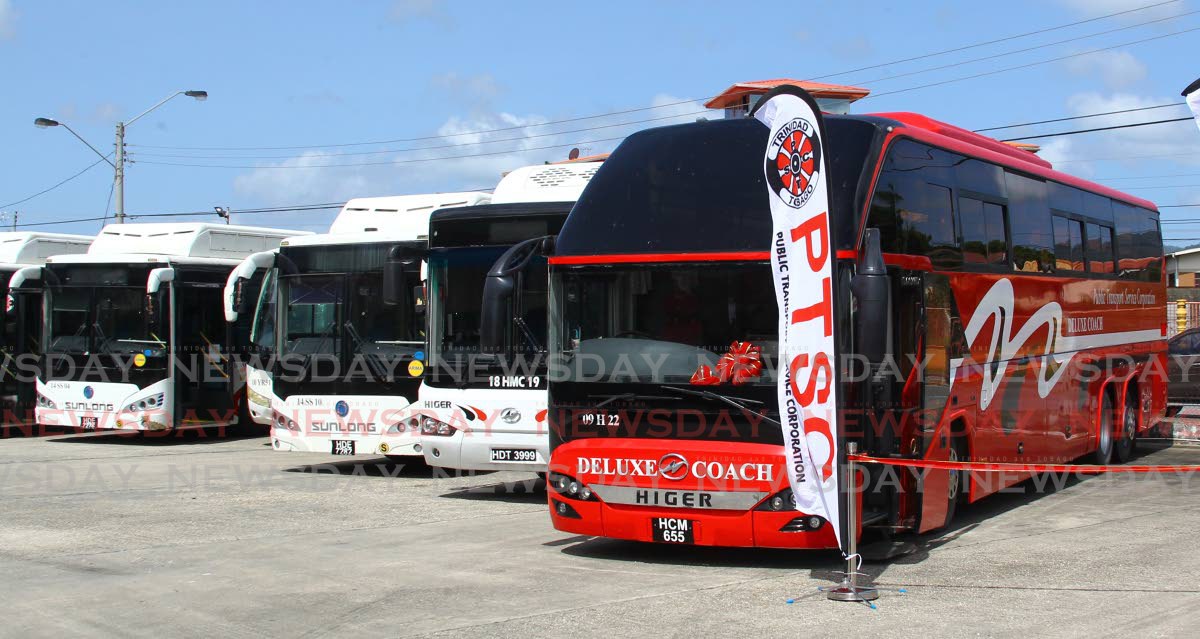 THE last batch of 100 buses ordered by the Public Transport Service Corporation (PTSC) nearly a decade ago arrived at TT on Saturday.

The five red, white and black buses arrived last week and will be processed over the weekend.

Speaking to Sunday Newsday, PTSC Chairman Edwin Gooding said: “I’m glad we have five more buses. We’re running out of buses now, so the fact that we’re getting five new buses is a good thing. We mainly place them in rural areas where people seek our services. »

Asked to clarify the shortage of buses, with 100 purchased in 10 years, he briefly said, “We are always short of buses”, and that information about problems surrounding the company’s fleet has already been released in audience.

He added, “The major transformation of the PTSC will now begin. These buses are the last five of 100 that started coming back somewhere in 2014, so the real story that we more or less promoted is the import of another 300 buses. This is the next step.

He said most of the buses in the new fleet of 300 will be electric buses.

But does TT have the infrastructure to support these electric buses? Gooding said, “No, we don’t have one yet. We are now setting this up. »

He can’t say how long it will take.

“It’s just that we started the process. The main thing is to get finance and that has not been arranged yet.

“The main thing with these 300 buses is really our objective to go green, thanks to electric buses. The majority will be electric, others will be CNG and a few will be diesel for certain areas. It’s the next big thing with PTSC, including a new terminal, new routes, and it’s a plan that will take three to five years.

The PTSC has in recent years set up CNG stations at its main hub in City Gate, Port of Spain.