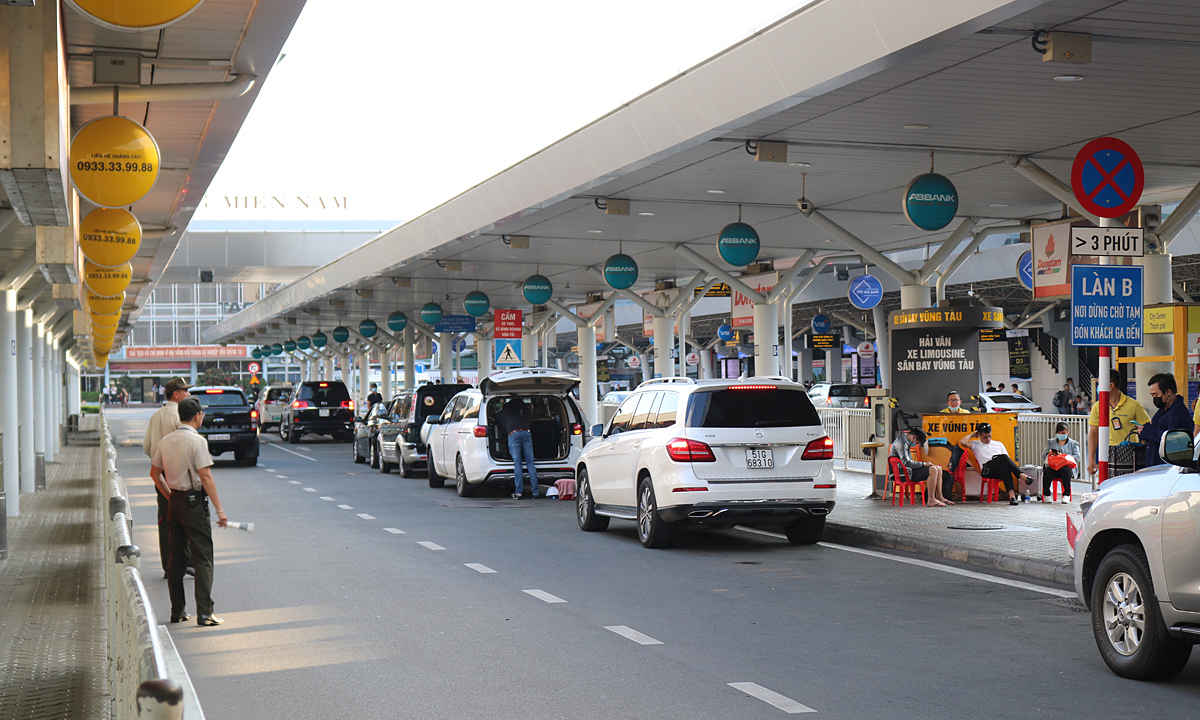 The lane reserved for public buses at the domestic terminal of Tan Son Nhat International Airport. Photo by VnExpress/Gia Minh

Public buses have started operating at HCMC’s Tan Son Nhat Airport domestic terminal instead of its only international terminal.

As agreed by the Public Transport Management Center of the Ho Chi Minh City Ministry of Transport and Tan Son Nhat International Airport, two bus lines, 152 and 72-1, were launched at the domestic terminal on Tuesday. ‘airport.

Both bus lines have already passed through the international terminal.

They are put into operation following congestion and chaos outside the domestic terminal at the end of the Lunar New Year holiday in early February when people returned to the city in droves, according to the Department of Transport.

Many passengers had to wait hours for taxis, both traditional and app-based, stalling traffic.

For the upcoming holidays at the end of April, the airport is expected to receive 42,000 passengers per day on average.

April 30 is Reunification Day and May 1 International Labor Day, both falling on a weekend this year, meaning a four-day break.

As the airport calculated, if the volume rose to more than 60,000 passengers per day, there would be a shortage of 1,100 taxi services, traditional or app-based.

This put enormous pressure on its infrastructure.

The Most Effective Loans for Transportation Businesses in 2021