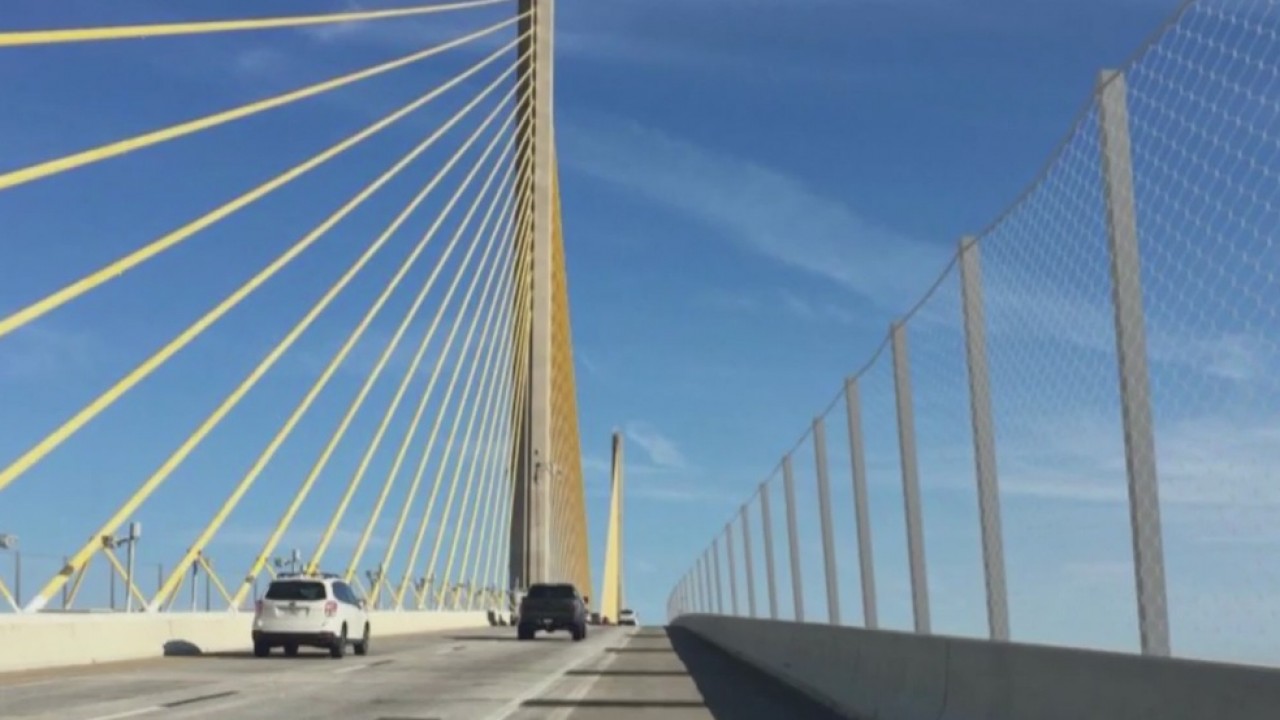 Editor’s Note: This story is no longer being updated. Please click here for the latest updates.

TAMPA, Fla. (WFLA) – Before Elsa’s arrival and the potential for strong winds and high water, 8 On Your Side has a hurricane guide for residents of Tampa Bay.

The Clearwater Police Department said the Memorial Causeway will be restricted from 6 p.m. as “weather conditions are expected to start to deteriorate.”

On July 5, US President Joe Biden approved a declaration of emergency for Florida ahead of Tropical Storm Elsa, and the 8 On Your Side Weather Team is monitoring the storm as it progresses. Florida Governor Ron DeSantis declared a state of emergency for Tampa Bay on Saturday.

Tampa International Airport will suspend flights at 5 p.m. Tuesday night ahead of the storm.

“Due to the latest forecast for Tropical Storm Elsa, which includes wind speeds of up to 65 to 70 miles per hour, Tampa International Airport will suspend commercial operations at 5 p.m. this evening and air cargo operations. before 10 pm â€, a press release for the airport states.

Typically, TPA says they limit their shuttles and other operations once the winds stay at 40mph, and if the wind speed reaches 50mph, they will “cease all operations.” Individual airlines make their own decisions about when to stop or divert their aircraft.

A spokesperson for the TPA said that in addition to strong winds, lightning and tornado warnings can also be factored into ground stops. They advise travelers to check with their airlines for the most recent information on flight delays or cancellations as they approach Elsa. TPA’s airside is scheduled to reopen at 10 a.m. on June 7.

SRQ “prepares the airport for strong wind and rain” and takes measures to prevent or minimize damage from flying debris during the storm.

A spokesperson for St. Pete-Clearwater International Airport said airport tenants would be responsible for any weather closures or delays and advised travelers to check with their airlines for the condition. of their flights. Nonetheless, the representative said he did not expect major delays at this point, but would continue to check for status changes until Tuesday.

Sarasota Bradenton International Airport will close at 6:30 p.m. Tuesday after the last scheduled commercial arrival at 5:30 p.m. The airport will reopen Wednesday morning at 6 a.m.

The most recent flight information is always kept on their website, but passengers are encouraged to contact their airline directly if they require information on the status of their future flight.

The SRQ says it is important to know that the terminal is not a shelter from storms.

At a press conference, Pinellas County administrators announced that due to significant storms and an expected three to five foot storm surge, residents have been urged to seek shelter.

Pinellas County Sheriff Bob Gualtieri has said all beaches from “Dunedin south to Pass-a-Grille and St. Pete Beach” will be restricted from 6 p.m. deputies will be on hand with deep sea rescue vehicles and shallow boats. to perform rescues.

A mandatory evacuation has not yet been ordered, and all evacuations are currently voluntary.

The first thing to know is that the Florida Department of Transportation and local authorities have a plan to keep drivers safe during the storm.

Hillsborough Co., Tampa to provide sandbags to residents on Monday ahead of Tropical Storm Elsa

Officials in the city of Tampa told 8 On Your Side at around 4:20 p.m. (July 6), â€œThe power to the bridge was shut off as a precaution. The Platt, Brorein, Cass and Laurel Bridges will all be open to vehicular traffic. “

Locally, PSTA will remain open until 3:30 p.m. due to the strong winds. A previous announcement said the buses would remain in service unless the wind speed reached 40 mph or more. All PSTA terminals will close, including Park Street, Grand Central Station and Pinellas Park. Services are expected to resume once the storm has passed.

The only major bridge in the area that could close in strong winds is the Sunshine Skyway Bridge. FDOT officials say its height is the most important factor. If the winds reach speeds of 40 mph or more, “the extreme height of it at the top” forces it to temporarily close during a tropical storm or hurricane.

Other bridges in the area will not close unless there is debris or the Florida Highway Patrol physically blocks one during a storm. Drawbridges may close for maritime operation, but the FDOT says this will happen “within 12 hours of forecast tropical storm winds.”

Unless local law enforcement deems it necessary, the FDOT will not close drawbridges to traffic, according to a spokesperson for the department.

Still, with the weather getting heavy, FDOT has given drivers some tips to check for changes in traffic:

However, bridges aren’t the only things that can close in extreme weather conditions.

Tropical Storm Elsa: How Will It Affect Tampa Bay?

In the city of Tampa, movable bridges operated by the city will not operate when the wind speed reaches 35 mph or more. The bridges will remain in the low position and the city bridge team will monitor the progress of the storm.

City officials told 8 On Your Side that electricity will be cut off from the drawbridges before the storm surge that could impact electrical components.

â€œIt is expected that, in the case of TS Elsa, power will be cut off at the drawbridges around 3:00 pm on Tuesday, July 6,â€ said Scott Keith, Tampa Transportation Operations Manager, Department of Mobility.

3 other bodies found in the pile of Surfside condos; death toll now at 27

Currently, the USCG has set warning levels at Port Condition Zulu, which means all ships are stranded due to safety risks.

Setting the port’s status to Zulu means that the coastguard of District 7, headquartered in St. Petersburg, expects strong and sustained winds from Elsa, with speeds of 35-43 mph, and that these winds will sweep through Tampa Bay within 12 hours.

The USCG says to be aware of coastal flooding and to stay away from beaches and evacuate, if necessary. No vessel enters or moves into ports in our region without the express permission of the Harbor Coast Guard Captain.

All mariners are reminded that facilities have â€œno safe havenâ€ and that ports are safer when the number of vessels present is at a minimum. No vessel may enter or circulate in a port without permission from the Harbor Coast Guard captain during a Zulu event.

All waterfront operations are suspended except for final preparations for the security of ports and facilities.