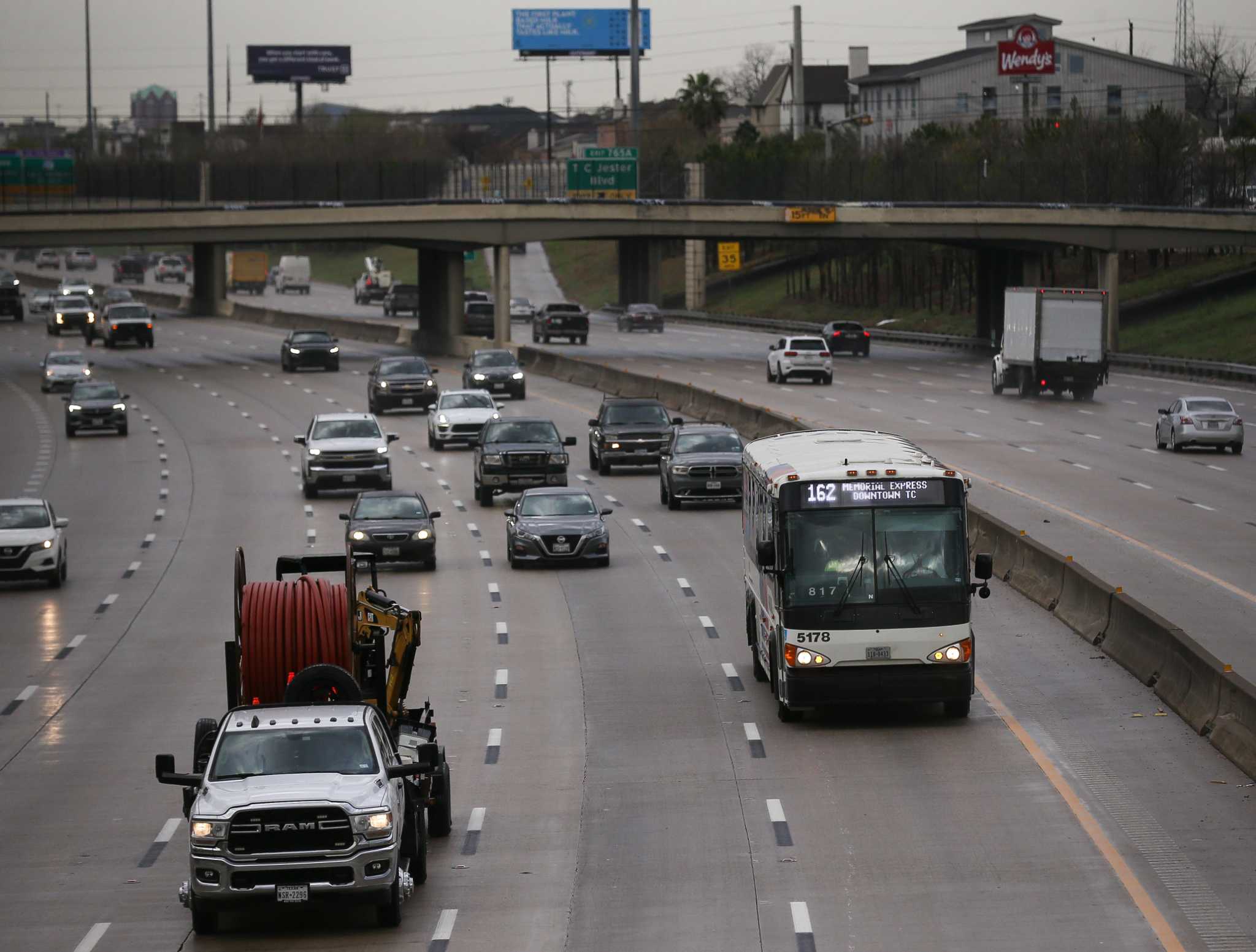 After months of study, Metro’s next big bus project is heading south, the second leg of what officials once thought would be a fast, robust system aimed at luring more commuters out of their cars.

On Thursday, members of the Metropolitan Transit Authority’s board of directors are expected to approve the route of a proposed bus lane, primarily along the south side of Interstate 10 in the 610 loop, and prioritize three stations in road course.

The project is the cornerstone of plans to expand bus rapid transit in the Houston area. As the core of the region becomes denser with homes and offices, officials believe that large buses shuttling between fixed stops should connect central commuting areas to parking and transportation hubs, making transportation in common more convenient for residents of the suburbs and the inner loop simultaneously.

Progress on the next BRT line, however, comes as the Silver Line — Houston’s first foray into large, fast buses — limps with an average of fewer than 700 weekday passengers this year. The line, hampered by a lack of office workers in Uptown and reduced park-and-ride service in the Galleria area due to the pandemic, was built to serve thousands of daily passengers. While use of the Silver Line last month increased by 5% compared to February 2021, use of local buses in the region increased by 26% over the same period.

The Preferred I-10 Route Plan also details how Metro plans to use its existing stations and tracks along Capitol and Rusk so that these platforms can perform dual functions while closing them to other vehicles. How buses will transition from I-10 to downtown streets remains to be seen, which will depend on final plans for a massive reconstruction of the downtown freeway system and Interstate 45.

The final design and federal approvals may slightly adjust the route of the bus route, but the preferred alternative chosen by Metro is the most likely route and guides the development of the line towards construction. The preference steers Metro away from a proposal to combine the bus lane with a long-term plan to add high-occupancy or managed lanes to I-10 by the Texas Department of Transportation. Subway officials said additional tracks, or construction in preparation for them, would be prohibitively expensive and slow to build.

Work on the busway is expected to start late next year, although many studies and approvals will be required by then.

“It’s a big step for the agency,” Metro board chairman Sanjay Ramabhadran said. “We definitely want to keep our schedule.”

If on schedule, service would begin in 2027, officials said, and cost between $404 million if the reconstruction of I-45 does not absorb the current HOT ramp to downtown and up $718 million if it does and Metro has to build another track.

The busway, an elevated two-lane roadway just off the freeway, would allow buses to travel from the Northwest Transit Center near the 610 loop and I-10 to the central business district without being stuck in traffic.

“It finally opens up connectivity between Uptown and downtown,” Metro board member Jim Robinson said, citing a transit priority long sought by officials.

Crucially, the project also connects more neighborhoods and amenities with fast service, along I-10 where officials plan stations in Studemont, Shepherd-Durham and Memorial Park. The Studemont and Shepherd-Durham stations are spaced out to attract riders to the Heights and Washington corridors, said Amma Cobbinah, senior metro transit planner overseeing the project. These cross streets also have frequent bus service, Cobbinah said.

Both stations were preferred over other possible locations, such as TC Jester, Heights-Yale and Houston Avenue, because they were better spaced and more accessible for passengers, according to an earlier analysis which also found that too many stops would delay rides and make the route less useful for runners.

A Memorial Park stop, however, made the cut, after feedback showed it would help both the park and the route. Planned for the northeast corner of the park near where Washington Avenue intersects with I-10, the shutdown would reduce the need for parking in the park — which has become a priority as usage has increased during the pandemic — but would also link a third major bus line.

Waiting at 12th and the Hempstead Freeway on Monday afternoon, less than two miles from the proposed Memorial Park station, Sam Clarkson, 33, said he welcomed anything that made the trip from a hour between his morning job in the Timbergrove area and his evening at Eado. faster.

“We built everything like everyone owns a car, but they don’t,” Clarkson said.

The challenge for Metro is to overlay this transit system on top of a congested highway and network of streets. Residents along I-10 worry that the elevated bus lane, which will cross streets that span the depressed freeway, will tower over nearby townhouses.

The busway will straddle the eastbound frontage road, transit officials said, giving them options for landscaping and public art to make it more appealing.

“There’s an opportunity to make it enjoyable, as much as possible,” said Shri Reddy, executive vice president of planning, engineering and construction at Metro.

Disruption in downtown, meanwhile, would be minimal, but would come with a significant change for Capitol and Rusk. Since 2015, when the Green Line and Purple Line trams opened, trains and cars share a track on each of the streets. Sharing, however, has been a challenge, often as spinning cars wait for pedestrians and block trains and traffic, which then block intersections and lock down the downtown road network.

With the addition of the rapid buses, metro and city officials would convert the lanes to transit-only. Those with access to parking and deliveries would have access across the tracks, but most traffic would be removed and the lanes reserved for buses and trains.

Two new stations, meanwhile, would be built at the eastern and western ends of the central business district. A stop would be constructed on St. Emmuel in Eado where buses will leave Rusk eastbound and return westbound along the Capitol.

Buses going in either direction would also stop at Franklin and Bagby, near the POST Houston development of Barbara Jordan’s former post office and downtown aquarium.

TURN IT OFF: There’s no stopping Houston, but the city is working to slow it down with redesigned roads

However, exactly how they would arrive downtown along Bagby remains unclear as Metro moves forward. Current plans to rebuild I-45 — a massive $9 billion+ plan that redoes the entire downtown freeway system — removes direct connection buses used to bypass the I- 10 and I-45.

If Metro loses this link with the reconstruction, it will have to build its own bus lane directly in the central business district. Plans for it, also pending approval Thursday as part of the preferred route, would keep the bus lane on the south side of the freeway and follow the bend in I-10 through Sixth Ward.

Officials hope to avoid losing the current ramp by continuing discussions with the Texas Department of Transportation.

“We’ve been coordinating closely with them,” Cobbinah said, noting that in the coming months, “we’ll have a clearer picture of what they’re trying to do.”

5 tender for the modernization of the Mexico City metro terminal