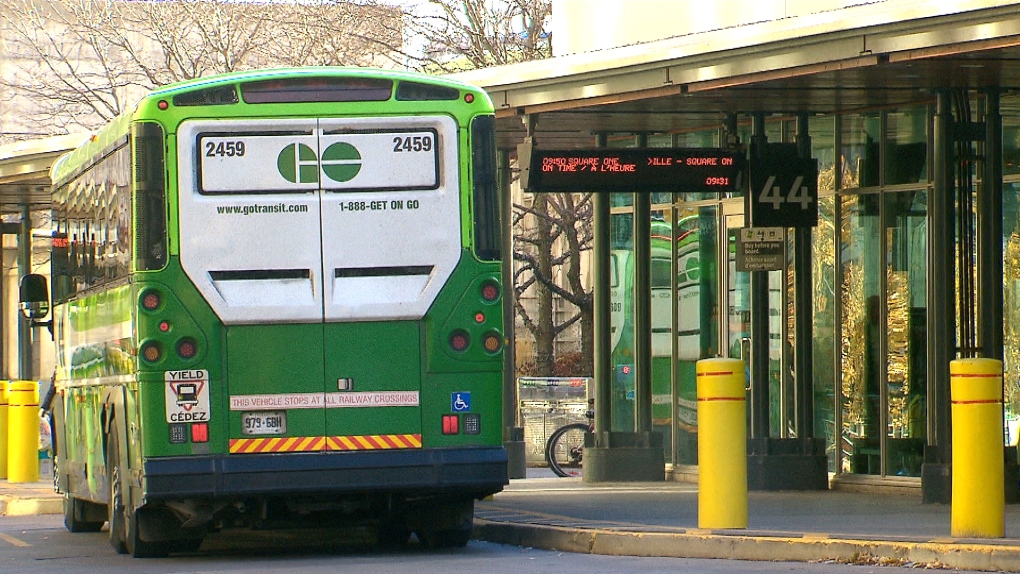 Metrolinx said GO buses were not stopping or departing from the Union Station bus terminal on Monday because striking train station workers blocked road access to the area.

As a result, buses were being redirected to other transit stations.

So far, bus routes 21 and 61 for Milton and Richmond Hill have been diverted from Union Station due to the blockage.

A full list of bus changes is available here.

About 95 Toronto Terminals Railway workers walked off the job last week, after rejecting an earlier tentative agreement in September 2021.

They say wage demands are at the heart of the disagreement.

The strikers, represented by the International Brotherhood of Electrical Workers, said on Twitter on Sunday that they “would like to be back at the bargaining table” instead of going on strike and accused Metrolinx of hiring replacement workers or strikebreakers at Union Station.