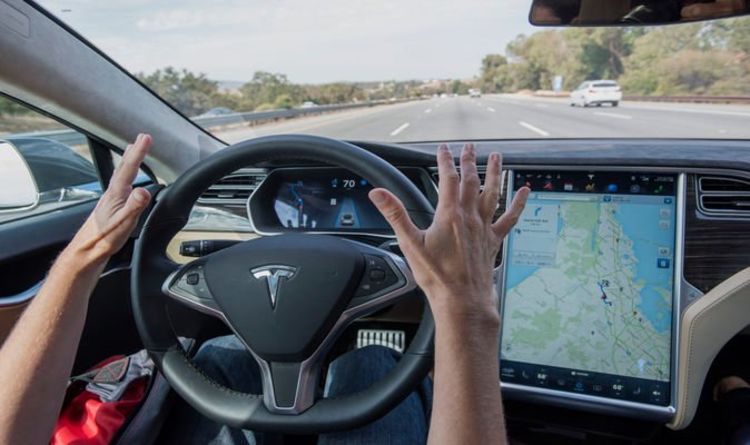 In January, the Law Commission of England and Wales published its joint report which makes recommendations for the safe and responsible introduction of autonomous vehicles. The report recommended the creation of a new automated vehicle law, to regulate vehicles that can drive themselves, which could become much more common in the coming years.

He recommends making a clear distinction between features that simply assist drivers, such as adaptive cruise control, and those that are autonomous.

Under the Law Commissions’ proposals, when a car is cleared by a regulator as having “self-driving features” and those features are in use, the person occupying the driver’s seat would no longer be liable. of driving the car.

Instead, the company or organization that obtained the authorization (a licensed self-driving entity) would face regulatory penalties if anything went wrong.

Louis Rix, co-founder and COO of car finance platform CarFinance 247, warned that the new proposals could increase danger on the roads.

“The person occupying the driver’s seat should always be considered the ‘driver’ of the vehicle, regardless of its self-automation capabilities.

“As for the hopes that this would bolster public confidence in self-driving technology, there is an equal, if not greater chance that this optimism could tip entirely in the opposite direction.

“Many may believe that these developments leave them with no risk when using the roads with or with self-driving technology.

“But views will change when road users are victimized by the offenses this report defends.”

These characteristics can develop to such an extent that an automated vehicle will be able to drive itself for at least part of a trip, without a human paying attention to the road.

Transport Minister Trudy Harrison, MP, said the development of self-driving vehicles in the UK has the potential to “revolutionize travel”.

She added, “This government has encouraged the development and deployment of these technologies to understand their benefits.

“However, we need to ensure that we have the right regulations in place, based on safety and accountability, to build public confidence.

“That is why the Department funded this independent report and I look forward to fully reviewing the recommendations and responding to them in due course.”

Earlier this month, Tesla was forced to recall 53,822 cars because their “Full Self-Driving” software allowed cars to drive past stop signs.

Some Tesla drivers are “beta testing” the software on public roads, with the Elon Musk-owned company saying they are not aware of any accidents or injuries caused by the feature.