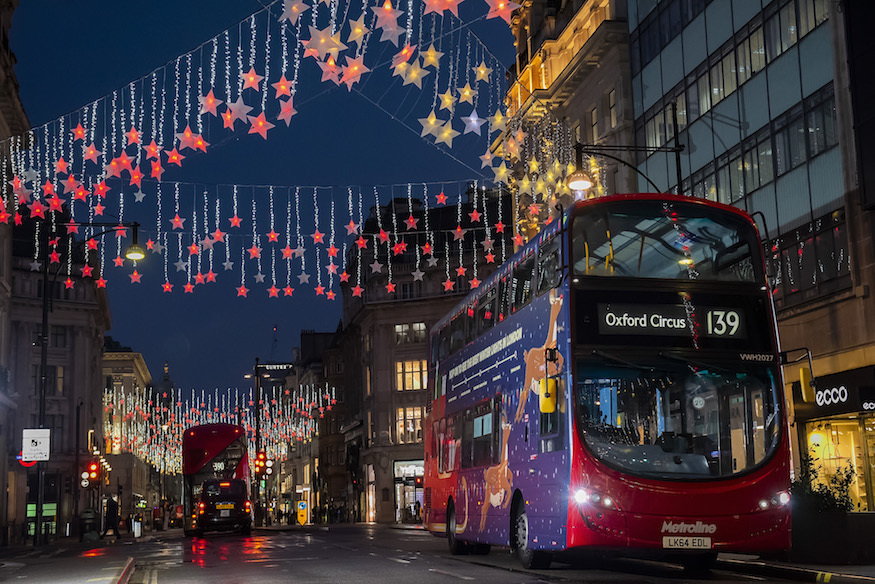 Someone at TfL took our suggestion to see the Christmas lights on the bus very seriously – it has just been announced that a fleet of special Christmas buses are coming to the streets of London.

Selected buses traveling on a central London bus route received a festive makeover, with images of Santa Claus and his reindeer taking flight from the sides of the vehicles.

Route 139 – which we have chosen for our festive foray – will be crossed by special buses, passing the Christmas lights on Oxford Street and Regent Street.

If only the vehicles of the 139 are getting a facelift, other bus lines have been praised for their links with the festive activities of the capital:

Alas, getting on one of these festively colored buses is a draw, as only certain vehicles (the exact number has not been revealed) were sprinkled with festive magic.

In east London, the cable cars have also been given a facelift. The terminal has been decorated for Christmas and you can book a special priority boarding ticket to travel in your own private, scalloped car. You will receive a gift bag to take home, and the money raised will be donated to the Railway Children charity.

It’s all part of the London Mayor’s Let’s Do London campaign, which encourages people to step out and support London’s hotel and retail businesses that have been affected by the closures.

London is the best place in the world to celebrate the holiday season and taking a London bus this winter is one of the cheapest and most enjoyable ways to experience the magic of our world famous Christmas lights.

Self-driving cars need a common language that everyone can understand

In pictures: the plans of Ocean Terminal presented before the public exhibition