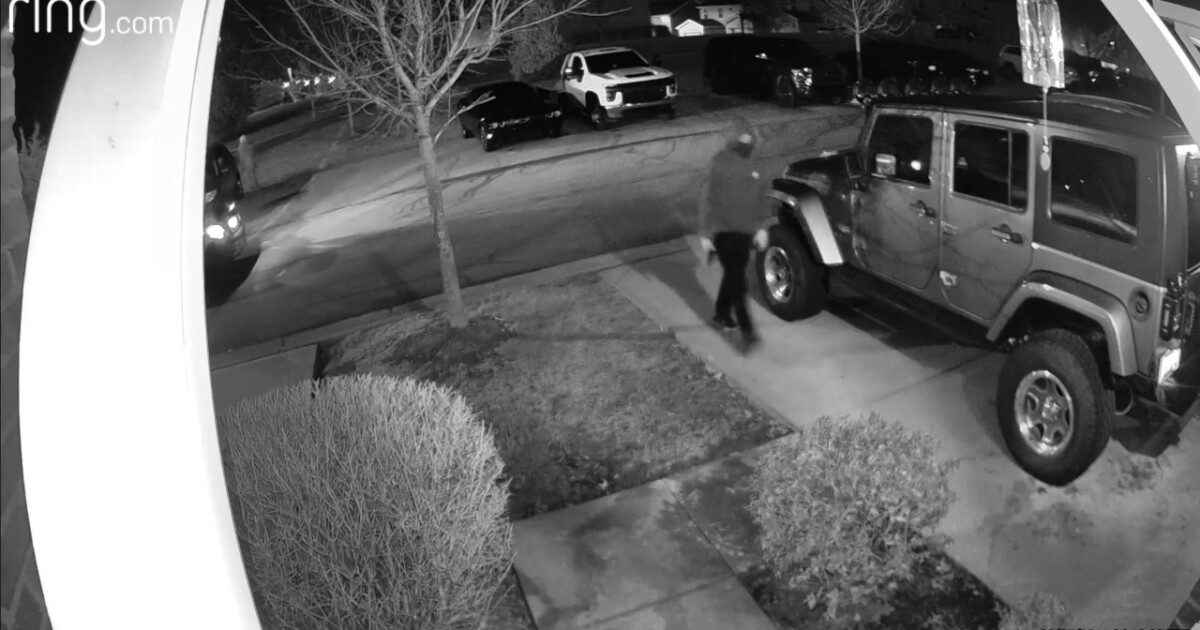 LEXINGTON, Ky. (LEX 18) – A Lexington man said he wants residents to know and police to take action after his security camera captured a man carrying what appeared to be a gun going from car to car in his neighborhood.

Jim Bammerlin said his camera captured the footage in the early morning hours of March 17. In the video, a car drove slowly down the street near Hays Boulevard as three other people went from car to car looking for unlocked door handles.

“It’s been going on for about two years,” Bammerlin said. “They took everything from kids’ Nike shoes to softball bags to cell phones, etc. There were occasions when neighbors left their garage door open and walked inside with tools. A neighbor says they entered their house from their open garage door and took a purse.”

Bammerlin said what concerned him most was that one of the people in the video appeared to be carrying a handgun as he walked from aisle to aisle.

“If you were to leave your house early in the morning to go jogging, you might bump into this person,” he said.

Bammerlin said he contacted Lexington Police to share the video. Police had no specific details to share with LEX 18 News about the vehicle thefts, but the Community Crime Map tool on their website shows there have been 314 reports of theft from a vehicle in Lexington since the January 1, 2022. same period have seen an overall decline in recent years, since 432 reports in 2016.

In the two years since he installed the cameras, Bammerlin estimated he had captured six incidents. He wanted the police to take more measures to catch people.

“I think the police department could bait something, from an unlocked vehicle with cell phones or something that could be tracked. These days anything can be tracked,” Bammerlin said.

Lexington police say the most effective way to protect yourself from thieves is to make sure your doors are locked and never leave valuables in your vehicles.