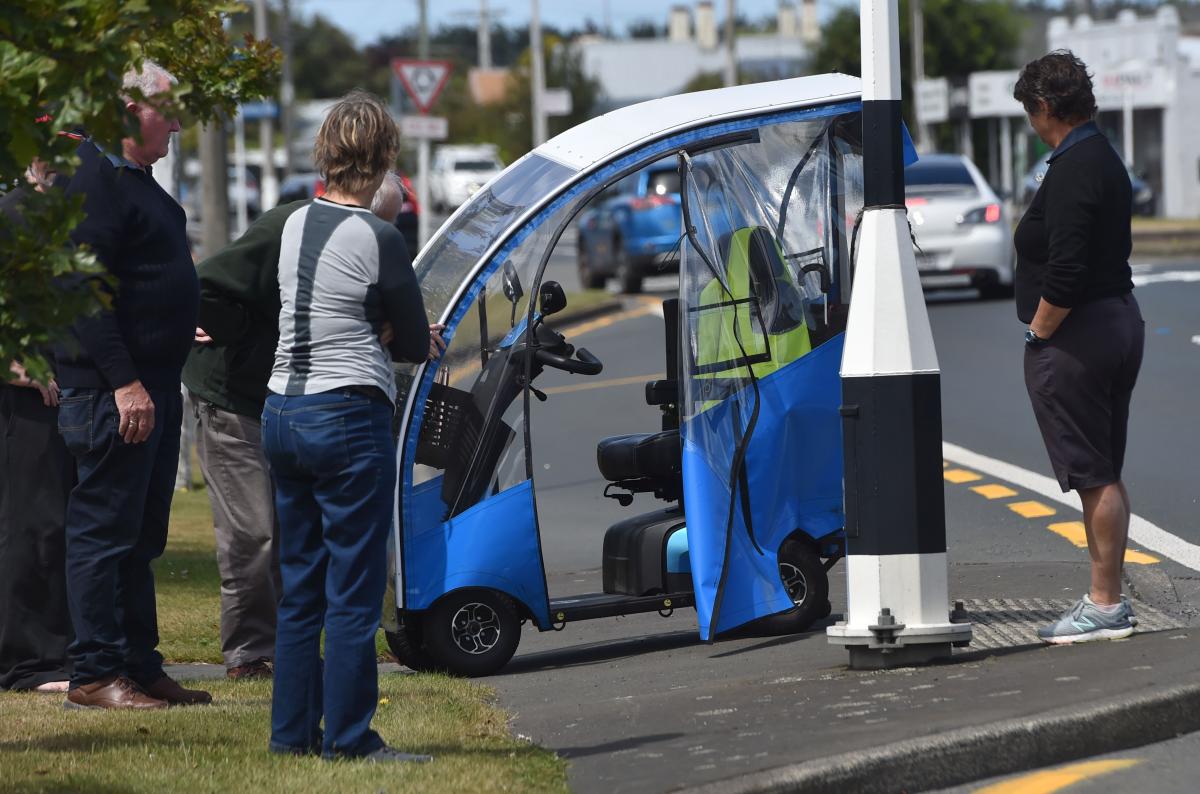 By Chad D. Robinson Last updated Feb 5, 2022
Share
Police are investigating an alleged hit and run and several stolen vehicles in Dunedin as a driver continues to evade police around Otago.

A police spokeswoman said a vehicle of interest, reported as stolen, was located in Oamaru at 1.10 a.m. Saturday at the intersection of Severn St and Wansbeck St. However, the driver fled police and headed south towards Dunedin.

Another police unit saw the same vehicle on the Northern Highway around 2 a.m. He was later spotted on Dunedin’s one-way system driving in the wrong direction.

Road spikes were deployed on Cumberland St and a wheel was nailed down around 3am. However, the vehicle continued to elude police and a report was received that it ran a red light on George St.

The pursuit units were withdrawn around 3:10 a.m.

The vehicle is believed to have headed toward Mosgiel on State Highway 1.

A number of cars have been stolen in the Dunedin area since the driver escaped officers, although police reiterated on Sunday they could not confirm whether the incidents were linked to this stage.

A Glen Rd resident said his partner’s Black Mazda Demio was stolen early in the morning. He thought the incident probably took place between 3am and 4am.

Whoever took it had probably broken in through the back window as stained glass had been left on the street.

Her partner was first told of the theft by the police, who called her and asked if she owned the car and if they knew where it was.

A Balclutha officer had since called to say the car had been recovered and was being kept for forensics, he said.

Another woman later said she saw a hit and run in South Dunedin in which a man on a mobility scooter was hit by a white Mazda Capalla.

The vehicle was reported as stolen by a neighbor of the owner on social media. The incident happened near the Andersons Bay Rd and Portobello Rd roundabout.

The witness said she stopped for the mobility scooter at the crosswalk, then out of the corner of her eye saw it being run over by the white car.

She said another woman at the scene took the license plate from the vehicle, which immediately drove away.

The man was not physically injured and his scooter was damaged although he was still able to drive it. He was clearly shaken but “just wanted to keep going”.

She said when she called the police they seemed busy and uninterested.

“I didn’t feel good that there was no support after [the man]” she said.

The incident was “disappointing and shocking” – particularly because the driver of the stolen car drove off immediately without checking if he was injured, she said.

She felt there was more crime in the Dunedin area because people were struggling and there was not enough support.

Samii Kruskopf said she was told by her neighbor around 2 p.m. that her car had been stolen. Three masked people in a white Mazda Capella parked on his street in St Kilda and took his Mazda Demio away.

They dumped it a few blocks outside Tahuna Intermediate where they stole another Mazda, this time a Familia. They took off north with the police following them.

His car was towed and the extent of the damage is being assessed.

She hoped for support for the man involved in the hit and run, compensation for those who had their cars stolen and remorse from offenders for their reckless behavior.

A police spokeswoman confirmed they were investigating the alleged hit and run in connection with the wave of car thefts, but no arrests had yet been made.