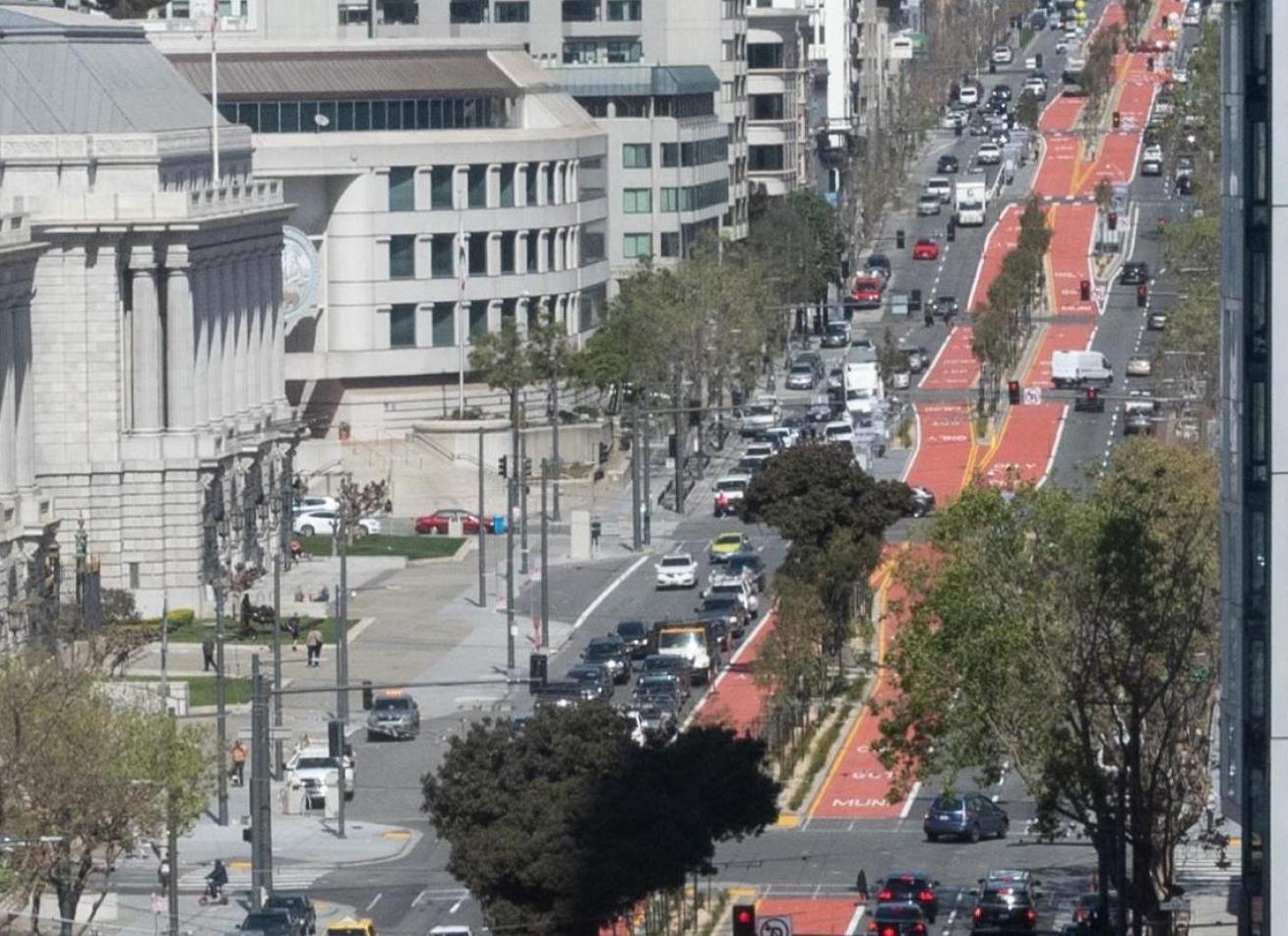 The highly anticipated Van Ness Bus Rapid Transit project in San Francisco, which opened a month ago, is successfully reducing travel times and attracting 13% more passengers, reports Ricardo Cano. “Weekday trips north on the BRT lanes also save riders 35% in travel time, according to the agency, meaning it takes around nine minutes less for Muni buses to travel the corridor than ‘before the BRT project.

According to Cano, “Before the pandemic, it took 49 buses 50 minutes, round trip, to travel between stops at Mission and 13th Street and Van Ness and Chestnut Street. Now, buses on the same route do so in around 36 minutes on weekday mornings, cutting journey times by 14 minutes, according to agency data. Going forward, “BRT lanes are expected to save more travel time as the agency optimizes transit signal priority which helps buses move faster at corridor intersections. ”

Meanwhile, the agency is struggling to restore pre-pandemic service levels. “Frustrated transit advocates wanted SFMTA to move faster to restore suspended lines and add frequencies to current lines, though the agency said a shortage of operators had hampered progress.”