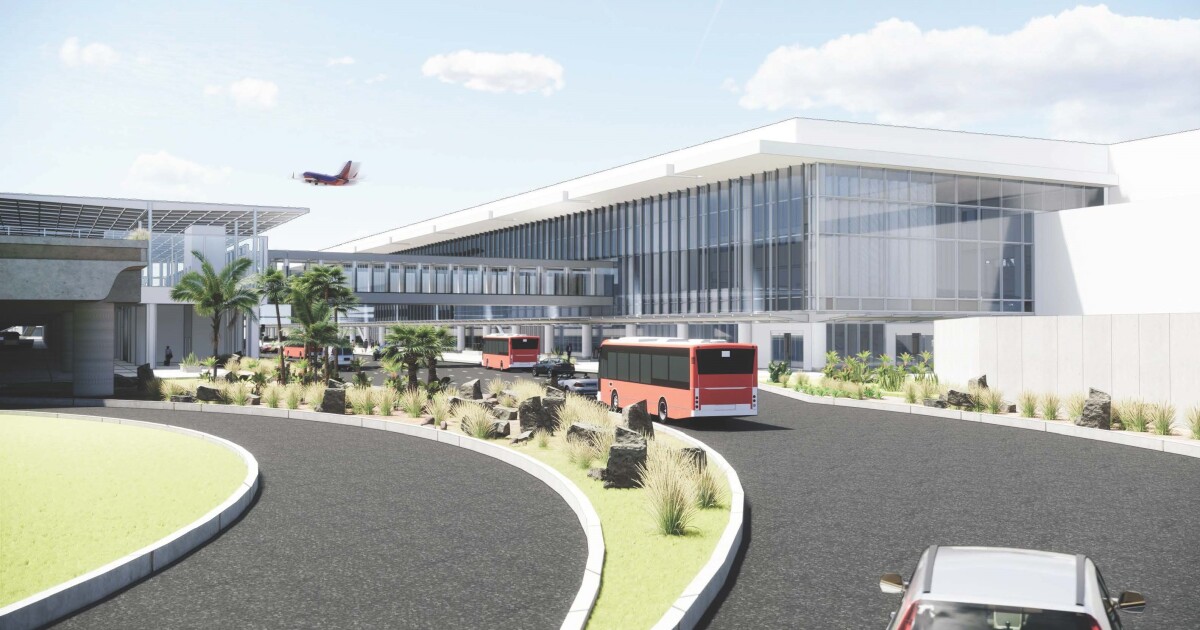 San Diego International Airport’s long-standing plan to build a greatly expanded Terminal 1 has received the blessing of the California Coastal Commission, a crucial step that will bring the $ 3 billion project closer to an innovation later this year. year.

While the commission raised some concerns about environmental issues, such as greenhouse gas emissions, potential flooding from rising sea levels and increasing traffic congestion, it imposed a number conditions designed to minimize the impacts of the project.

â€œI think I’m probably speaking on behalf of the many travelers entering and leaving the San Diego airport to my joy that you are going to build a new terminal,â€ she said. â€œDon’t take it personally, but there’s only one way to describe the San Diego Airport Terminal (1) on a Friday, which is a mosh pit – people wall to wall, not enough people. ‘facilities. And let’s just say I’m very happy to know that in the future there will be a new terminal in San
Diego. “

San Diego County Regional Airport Authority Board Chairman Gil Cabrera called the committee’s vote “another big step forward” in the “long journey from the airport to becoming the best airport in the United States â€.

â€œIt’s one of the last kinds of regulatory hurdles we have as fall approaches when we start innovating on things,â€ Cabrera said. â€œWe are an airport on the coast, so we could not move forward without the approval of the Coastal Commission. ”

The project, although delayed for a year due to now resolved traffic issues raised three years ago by a number of government agencies, calls for the demolition of the existing 336,000 square foot Terminal 1 building and 19 doors, and its replacement by a 1.2 million square foot building housing 30 doors.

Airlines currently using Terminal 1, including Southwest, complain that the aging facility, built in 1967, is no longer adequate to accommodate increasing volumes of passengers. Passenger traffic fell sharply last year due to the pandemic and although flight activity has rebounded sharply, it could be a few years before annual figures return to all-time highs at the airport in 25 million passengers in 2019.

A new car park with 5,500 spaces is also planned, the relocation of the existing taxiway and the construction of a second taxiway to facilitate the movement of arriving and departing aircraft.

Two key hurdles must be overcome before construction can begin, said Dennis Probst, vice president of airport development. The Airport Authority is awaiting the awaited approval by the Federal Aviation Administration of an environmental impact assessment at the federal level. And next month, the Airport Authority is expected to approve two major design and construction contracts for the terminal, related roads and airfield improvements.

Assuming these two hurdles are lifted, construction would begin in November, with the first 19 gates of the new terminal scheduled to open in 2025. Demolition of the old terminal would follow, with the additional 11 gates set to begin by 2027, a declared Probst. . While he expects the maximum contract price to exceed $ 3 billion, he hopes that by the time the design process is complete, the cost will be closer to $ 3 billion.

The key to the success of the project and the 40 million passengers the airport is expected to serve by 2040 are a number of planned road improvements. The main one is a new three-lane airport access road from Laurel Street and North Harbor Drive which airport planners say would eliminate 45,000 vehicle trips per day from Harbor Drive. The airport will also reserve the right of way for a future outgoing three-lane motorway.

The airport is also working with the San Diego Association of Governments and the San Diego Metropolitan Transit System on an ambitious plan to eventually provide a high-speed transit connection to Terminals 1 and 2. The keystone in bringing a People carrier at the airport is the development of a “Grand Central Station” which would likely be located on the Navy’s 70-acre Old Town complex, commonly known as NAVWAR. The Navy and SANDAG have been working together on the project for some time, but it is not yet a done deal.

Coastal Commission staff stressed their strong support for a direct transit connection to the airport, such as a people carrier, which they said would go a long way in alleviating the inevitable traffic jams. As a special condition, it requires the airport to identify the precise location it plans to reserve for a future transit station on the airport, which will generally be located on the west side of the terminal 1 parking structure.

In the short term, the committee clarified that it wanted the Airport Authority to respect its commitment to provide a free shuttle service between the transit center of the old town and the airport. The shuttle, including a plan for its hours and frequency of operation, is expected to be implemented by December 1, the commission said. Airport Authority CEO Kim Becker told commissioners that the all-electric shuttles, which are funded by airport funds, will launch the service on November 21, with two to four buses at first.

The long-term prospect of a rapid transit connection is good news for travelers and the environment, Commissioner Brownsey said.

â€œI really see this as a super positive development,â€ she said. â€œIf you’ve ever flown to and from Portland it’s great because you just hop on their version of the subway and it’s such a quick, easy, and inexpensive option and definitely a much better option in terms of greenhouse gas. And here you have the closeness, which is really positive.

In their report to the commissioners, staff noted that the airport authority had already made an error in initiating a number of projects at the redevelopment site without first obtaining the commission’s approval. Among them were a 70,762 square foot facility maintenance building, a 3 million gallon underground cistern and the conversion of a long-term public parking lot to an employee parking lot.

Becker apologized profusely to the commission for what it called a “misstep” resulting from a misinterpretation of the law on the state’s coasts.

â€œUpon learning of this, I immediately requested a full review of all authority investment plans and asked our team to disclose our mistakes to the commission’s executive director,â€ Becker said. â€œI have implemented new procedures in coordination with your staff to ensure that this does not happen again. “

Due to the violations, the commission imposed additional requirements, including a provision for the airport to install electric vehicle (EV) charging ports in 5% of new parking spaces and to build an additional 5% of spaces. parking lot as being ready for electric vehicles in the future.

The airport has also agreed to capture an additional 36 acres of stormwater from the development site, a measure that will provide more water quality benefits than would normally be required from such a development.

As part of the commission’s overall approval, it also requires a plan to reduce greenhouse gas emissions and an annual report that calculates the emissions resulting from the approved project and any measures taken to reduce net emissions to zero.