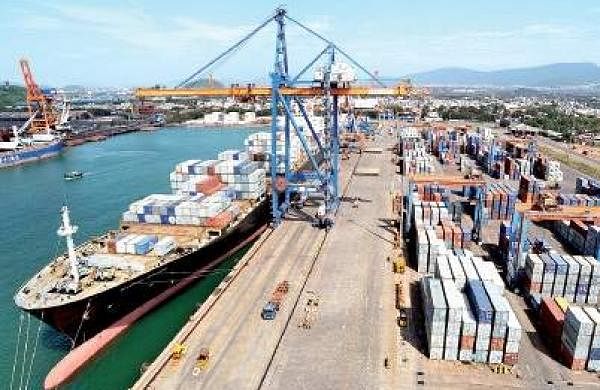 VISAKHAPATNAM: Construction of the long-awaited cruise terminal is expected to begin in a fortnight, with tenders for the project having been finalized by the Visakhapatnam Port Trust (VPT).

The cruise terminal, which is expected to give a big boost to tourism in the northern Andhra coast, will be built at the Green Channel Berth of the outer harbour. Separate bids have been finalized for the construction of a cruise pier and a cruise terminal.

Speaking to TNIE, VPT Chairman K Rama Mohana Rao said tenders for the 96 crore cruise terminal project were first launched on August 16, 2021. As a single tender ineligible was received for the project, separate tenders were issued for the cruise dock and cruise terminal.

Work orders have already been issued to successful bidders. The works of the cruise terminal project will start after the approval of the technical reports within two weeks.

The cruise pier will be 180 meters long with four dolphins, two on each side. It can handle Panamax vessels from 50,000 to 100,000 GRT and vessels of 300m LOA, 37.6m beam and 8.1m draft. The cruise terminal with modern infrastructure will be ready by next February, he said.

Giving the technical details of the passenger terminal building, the President of VPT said that it will have a total built-up area of ​​3,530 m².

The VPT first gave approval in principle to the 77 crore cruise terminal project on November 16, 2018.
The estimate for the berth was revised to 64.24 Crores by IIT Madras, who are the consultants for the project, during the detailed design phase duly including the shoreline protection works. The terminal estimate has been revised to Rs 31.81 crore. The VPT approved the revised cost of Rs 96.05 crore of the project on May 7, 2021.

It has been proposed to take charge of the project with 50% aid from the Ministry of Tourism within the framework of Assistance to Central Agencies for the Development of Tourist Infrastructure. The Navy gave an NOC for the project on July 26, 2021. CRZ clearance was granted by the National Environmental Impact Assessment Authority on October 26, 2021.

The construction of the new terminal will greatly facilitate domestic and international cruise travel from Vizag. It will also generate large-scale jobs for local people, the VPT Chairman said.