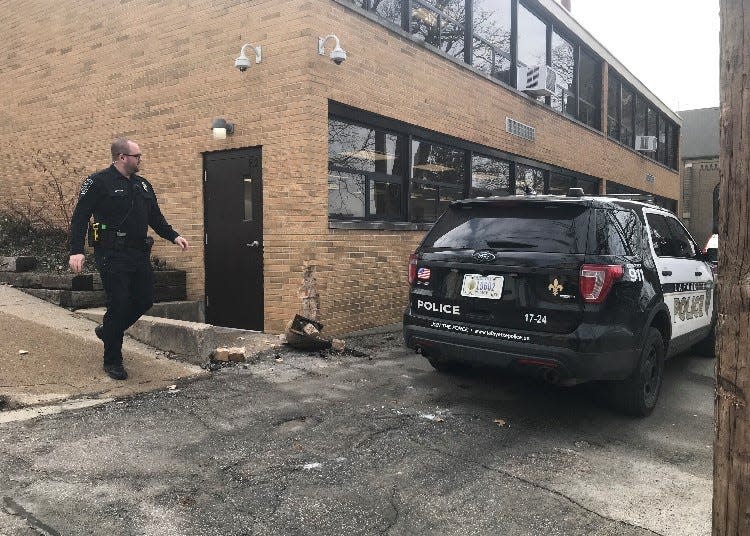 LAFAYETTE, Ind. –A suspected carjacker drove through West Lafayette and Lafayette on Tuesday afternoon as if playing a “Grand Theft Auto” video game, according to police descriptions.

The driver of the Chevy sped between cars, around cars, through red lights and onto sidewalks during the chase that began around 2:30 p.m. Tuesday, West Lafayette Police Captain Adam Ferguson said.

Police stopped pursuing the Chevy because it was unsafe for officers and motorists, but minutes after the pursuit ended, the Chevy ran through a red light at Northwestern Avenue and Lindberg Road, hitting a car, Ferguson said.

Three people got out of the wrecked car and officers caught two. But the driver found a passerby watching from a nearby car park and jumped into the passerby’s moving car, sped up and nearly hit officers as he drove away.

Shortly after, Lafayette police received a report of another carjacking behind St. Mary’s School at 13th Street north of South Street.

This is where Lafayette officers found the stolen Ford, which had been abandoned with a flat tire.

Ferguson said the getaway driver tried to get into a pickup truck but couldn’t, so he stole a dark blue 2001 Buick Regal that was driving in the driveway, police said.

The fleeing driver hit the building as he fled in the Buick, Ferguson said.

As officers investigated the second carjacking, Lafayette police received reports of hit-and-run accidents to the west and north of the church.

West Lafayette has an identification of the potential driver they believe responsible for both the carjackings and the crashes. However, he is not yet in custody, Ferguson said.

The two people arrested behind the convenience store were Elisha Irene Barry, 24, of the 7600 block of East Tippecanoe County Road 800 South, and Gramm Webster Smith, 29, of the 100 block of High School Avenue in Battle Ground, according to city records. jail. .

According to jail records, they were incarcerated in Tippecanoe County Jail on suspicion of resisting law enforcement.

The driver of the cars remains at large, police said.