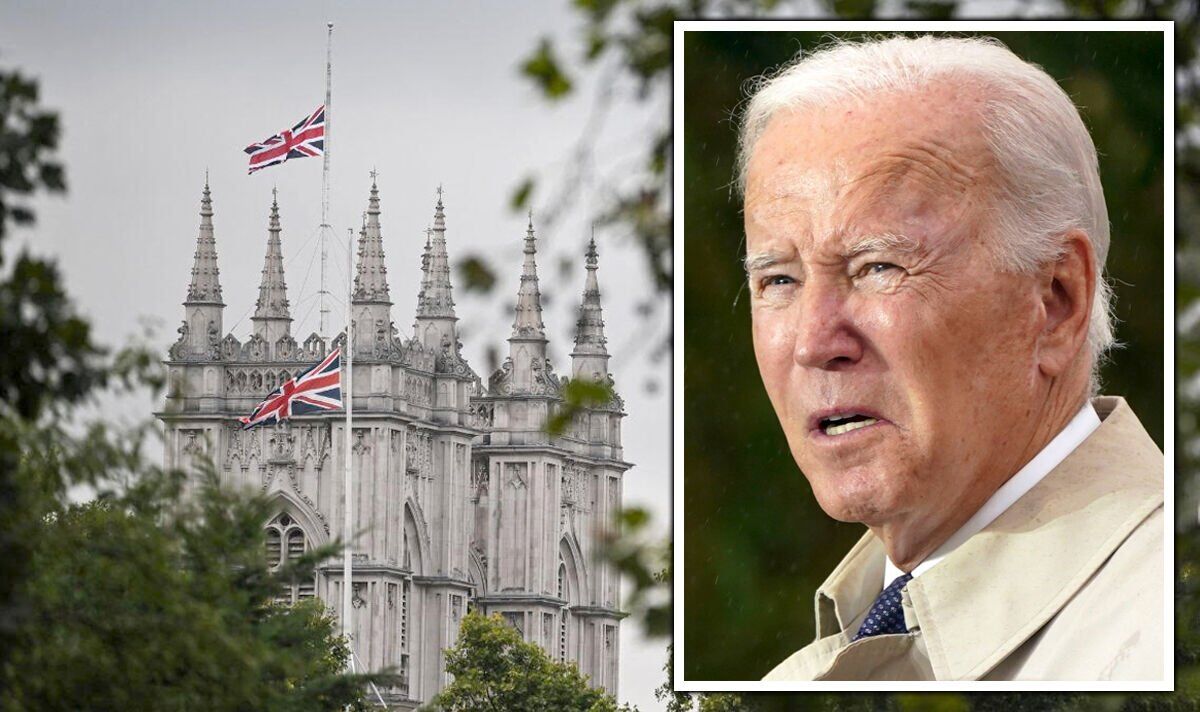 Following Her Majesty’s death on Thursday September 8, plans were put in place to hold her funeral on September 19 at Westminster Abbey. World leaders such as Joe Biden and Recep Tayyip Erdoğan have said they will attend.

However, foreign heads of state and their spouses traveling to London for Queen Elizabeth II’s state funeral have been advised to use commercial flights.

They were also told they could not use their own state cars and would instead be transported en masse from a site in west London.

Documents from the Foreign, Commonwealth and Development Office (FCDO) also indicate that only heads of state and their spouses or partners from each country were invited to attend the funeral.

In the official protocol message for the funeral, the FCDO said Westminster Abbey will be so full that it will be impossible for more than one senior representative per country and their other half to attend.

The FCDO said world leaders were to be bused to Westminster Abbey for the funeral (Image: GETTY)

According to Politico, who has seen the official documents, another memo sent to overseas embassies late Saturday said the FCDO “regrets that due to the limited space at the State Funeral Service and associated events, no other family, staff or staff of the main guest entourage may be admitted”.

On the day of the funeral, heads of state and their partners will arrive at Westminster Abbey in escorted coaches from a location in west London, where ‘due to strict security measures and road restrictions’ they will will have to leave their own car.

A second FCDO document detailing logistical arrangements for people traveling from overseas said: “Multiple and comprehensive layers of security will be in place across London and at all official venues used for state funerals and events. associates”.

A foreign ambassador in London told the outlet: ‘Can you imagine Joe Biden on the bus?

Bob Broadhurst said ‘virtually every nation in the world will want’ to attend (Picture: SKY)

US President Mr Biden has already announced he will attend Her Majesty’s funeral and described the monarch as ‘a stable presence and a source of comfort and pride for generations of Britons’.

Mr Erdoğan, President of Turkey, also told reporters on Friday that he intended to attend the funeral, saying: “If we find the opportunity, we would like to be present at this ceremony.”

A former cabinet minister who was in government at the time of Margaret Thatcher’s funeral in 2013 told Politico: “It wouldn’t be surprising if all the crowned heads of state from Europe came, as well as heads of state and heads of government of other countries. .

“It will be a huge diplomatic event. Her Majesty’s final contribution to the welfare of our country is to provide an excuse for a grand diplomatic meeting.

Her Majesty’s coffin is in the Palace of Holyroodhouse and will proceed to St. Giles Cathedral (Picture: SKY)

Bob Broadhurst, a former Metropolitan Police commander, said Her Majesty’s funeral would almost certainly result in the biggest security operation the UK has ever seen.

He said: “Virtually every nation on earth will want to send their king, queen, prime minister or president for the funeral.”

John Kampfner, director of the UK in the World initiative at the Chatham House think tank, also said: “It will be a funeral like no other, or few others.

“There have been big state funerals before – of US presidents, Nelson Mandela and others. But quite simply the Queen was the most famous person in the world, and therefore I think there will be an attendance list that will be unprecedented.

The Queen will rest in state for four days in Westminster Hall before her funeral, September 14-18.

Currently, Her Majesty’s coffin is in the Palace of Holyroodhouse and will travel to St. Giles Cathedral on Monday with members of the Royal Family.

On Tuesday, Princess Anne will accompany her mother’s body on her return to London, where the Queen’s coffin will be transported from Edinburgh Airport to Buckingham Palace via RAF Northolt.

On Wednesday afternoon, the coffin will be taken to Westminster Hall, arriving at 3 p.m., and four clear days of rest in state will occur from Thursday.

The state funeral will be followed by a procession from London to Windsor Castle, after which the Queen will be laid to rest at the King George VI Memorial Chapel in Windsor.