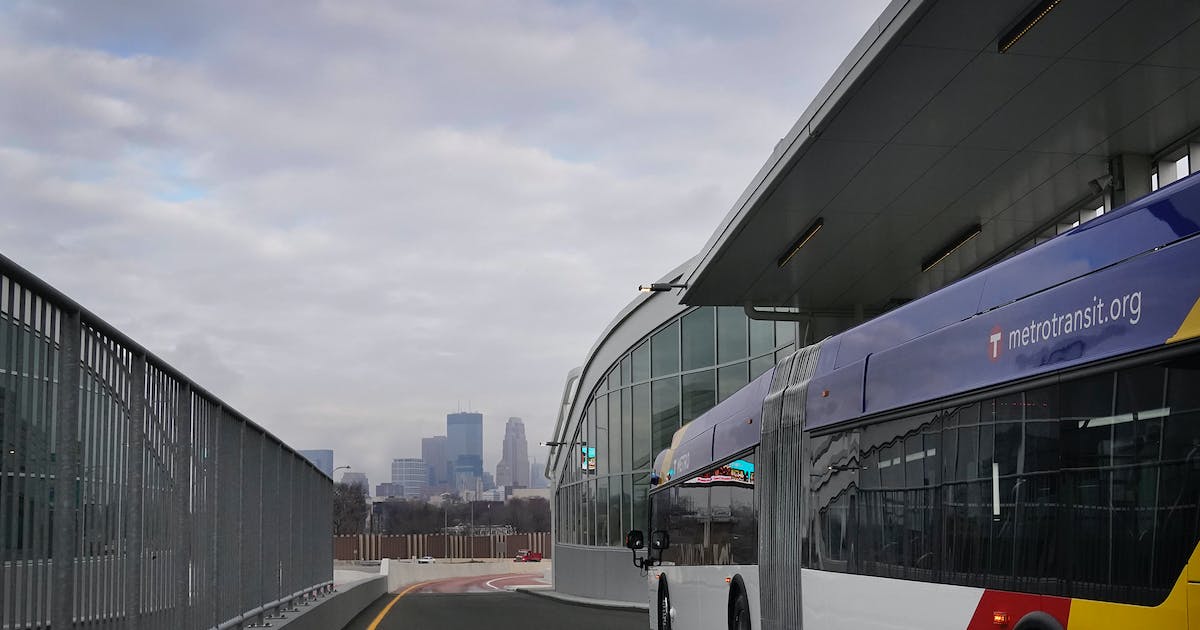 When asked what bus rapid transit service would mean for Century College on the East Subway, Angelia Millender was momentarily speechless.

Millender, president of the two-year community college in White Bear Lake and Mahtomedi, raised the idea of ​​expanding the BRT purple line with the Metropolitan Council just a few weeks ago. And now, with unprecedented speed in transit planning, the council is considering ending the $475 million line at the college — instead of downtown White Bear Lake, as originally planned.

The revamp of the Purple Line, formerly known as the Rush Line, comes as the Met Council builds a network of bus rapid transit lines, intended to complement the region’s light rail service. They are more affordable to build than rail – some operate primarily on guideways or dedicated highways, while others run through traffic. If the Purple Line enters service in 2026, it would be the Twin Cities’ ninth BRT line.

Still, there are some fine details in Century College’s situation. White Bear Lake Town Council last March passed a resolution asking the Met Council to reduce the route of the Purple Line so that it does not fall within its “jurisdictional boundaries”.

The resolution came after naysayers in White Bear Lake claimed the BRT line from downtown St. Paul — decades in the works — would ruin the small-town charm of the lakeside community.

As a result, transit planners banded together and came up with two new alternatives for the line’s northernmost station, the Maplewood Mall Transit Center or a Park & ​​Ride lot in Vadnais Heights.

As planners searched for the best way to access both, Millender said she called Met Council Chairman Charlie Zelle and floated the idea of ​​Century College becoming the terminus of the line. She said transporting around 17,000 students, more than a third of whom are people of color, to her two-year college has long been a challenge.

It would also mean that precious downtown White Bear Lake would not be impacted by the Purple Line, since the college is several miles away. There are currently six routes to the college under consideration, including one that would stop at a nearby FedEx facility in Mahtomedi.

Metro Transit’s Route 219 bus currently stops at the college hourly on weekdays, but a BRT line would provide frequent service all day, seven days a week.

The main challenge for the Century College option is persuading White Bear Lake officials to rearrange or rescind their resolution banning the town line. And Vadnais Heights and Maplewood remain solid options for the endpoint of the line.

White Bear Lake Mayor Dan Louismet said last week he supports the anti-Purple Line resolution. The mayor didn’t vote on the issue initially, per the city’s charter, but he championed it.

Councilman Bill Walsh, who also fought to keep the line out of downtown White Bear Lake, said “philosophically, I think [the Century College option] is a good idea, when you think of the thousands of students, employees and professors who come and go there. »

Walsh said the city council needs to discuss the idea further. Similarly, Council member Kevin Edberg said that until the Met Council reaches “a more advanced level of development, I think we should wait and listen”.

But council member Dan Jones, who backs the line, said the college option could be a way “to bring public transport to the northeast metro. It could be a great middle ground.” Council members Heidi Hughes and Steven Engstran did not respond to a request for comment.

The college option could mean Vadnais Heights is dropped from the project. Lamothe notes that there are more than 80 companies, including manufacturing giant HB Fuller and the TCO Sports Garden, en route to the Park & ​​Ride lot that could benefit from public transportation. (The Maplewood Mall Transit Center station would remain in the project anyway.)

In September, an advisory committee will determine which option to choose.