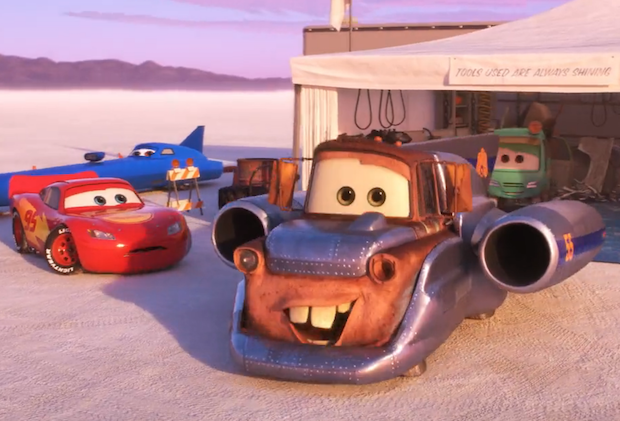 Preview of the Disney + series “Cars on the Road”: Mater goes fast!

Mater feels the need, the need for speed, in a preview of the next Disney+ cars on the road derived series.

SIGN UP TO DISNEY+ to watch Cars on the Road, She-Hulk, Ms. Marvel, Andor and more!

Premiering on Disney+ Day aka this Thursday, September 8, cars on the road follows Lightning McQueen (again voiced by Owen Wilson) and his best friend Mater (Larry the Cable Guy) as they head east from Radiator Springs on a cross-country road trip to meet the sister of Mater.

You can sample the show’s catchy opening credits/theme song above, while in the preview below (of episode 3, titled “Salt Fever”), the famed lazy Mater gets an uptick. super charged level, which is too giddy to try your hand on the desert plains, racing against his old friend Lightning.

Faster than fast and faster than fast! Check out this new clip from Disney and Pixar #CarsOnTheRoada #DisneyPlusDay premiere, airing September 8 on @DisneyMore. pic.twitter.com/nNYqjkQuSO

cars on the road is produced by Marc Sondheimer, with Steve Purcell (Eps 1, 2, 8), Bobby Podesta (Eps 5, 6, 9) and Brian Fee (Eps 3, 4, 7) serving as directors. Composer Jake Monaco created the score for the nine episodes, which appears on the cars on the road Walt Disney Records soundtrack.