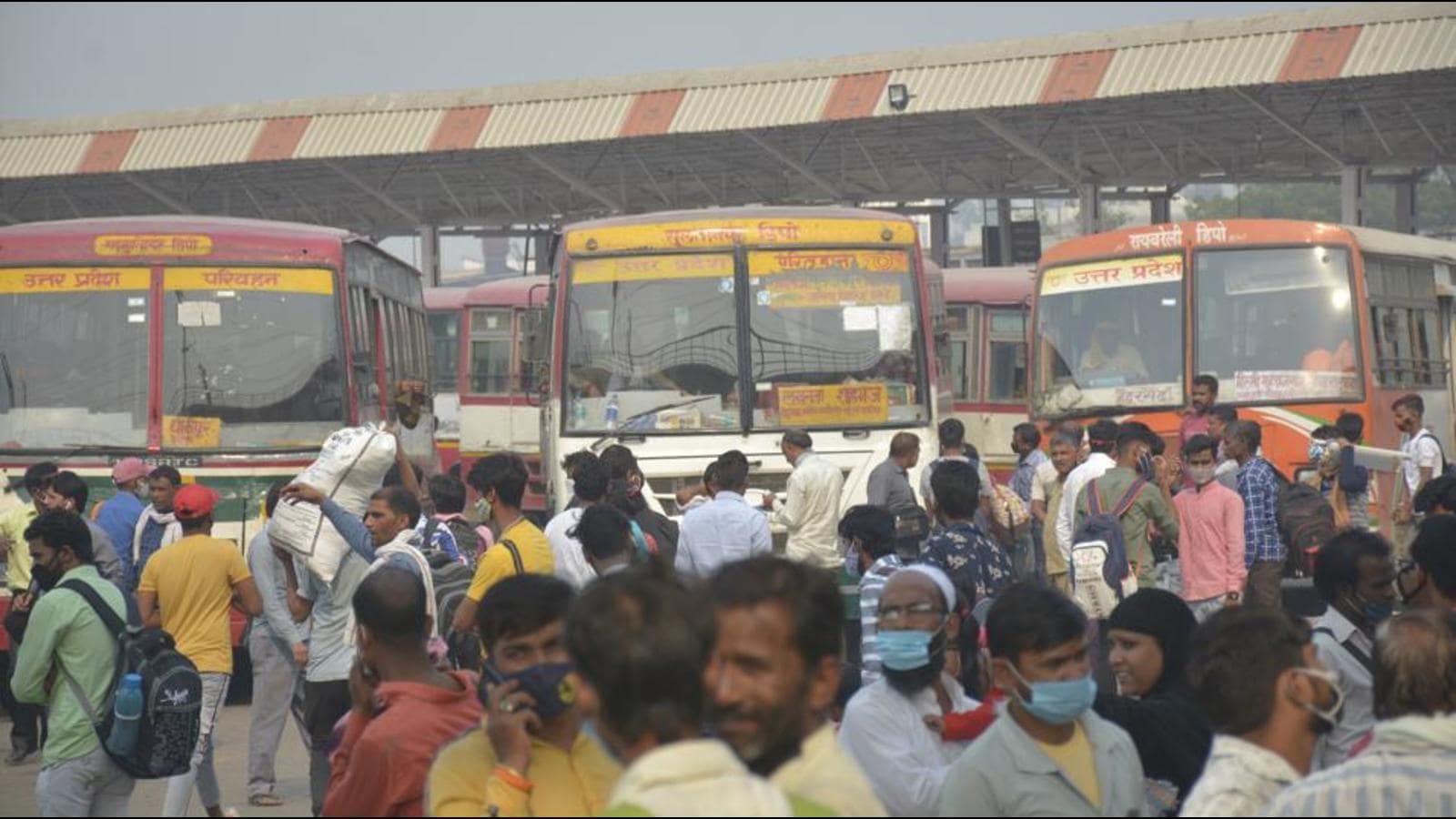 Pollution issues: UPSRTC could get more CNG bus for Kaushambi ISBT from Ghaziabad

The Uttar Pradesh State Road Transport Corporation (UPSRTC) is working on a proposal to purchase 130 new CNG buses and officials said 50 to 100 buses will likely be handed over to the Kaushambi Interstate Bus Terminal (ISBT), Ghaziabad.

The commune of Kaushambi has already been identified as a hotspot of pollution by the UPPCB and residents are pursuing legal actions against the agencies for their inability to tackle the various local sources of pollution affecting their area. Of the roughly 500 buses running from ISBT, only 125 currently run on CNG, while the rest run on diesel.

UPSRTC officials said a proposal to purchase 130 new CNG buses is being considered at headquarters and that ISBT is likely to be able to secure a significant share of these buses.

â€œEarlier (in October) we requested 200 CNG buses, but there is already a proposal to purchase 130 CNG buses which is being considered by UPSRTC headquarters. We will therefore try to procure between 50 and 100 of these buses for our ISBT. They will help reduce pollution in Kaushambi. There is another proposal to purchase 1000 diesel buses that will be BSVI compliant (more fuel efficient and less polluting) – at present we operate BSIV compliant buses, â€said AK Singh , Regional Director, UPSRTC.

â€œOf those diesel buses, the ISBT is likely to be able to get around 100 to 150 buses. They will be up to standard and have much better technology. We are focused on reducing pollution and congestion in the region and we have also reduced bus operations to around 500 now from 750 previously. During the Covid period, we operated 1,700 buses per day, â€Singh said.

The municipality of Kaushambi is located opposite the ISBT with a distance of just about 50 meters between them. The presence of ISBT and the resulting congestion lead to frequent pollution peaks in the locality. The Kaushambi Apartments RWA (Karwa) challenged the operation of diesel buses in a 2015 petition filed with the National Green Tribunal.

â€œThere were court instructions to deploy CNG buses in Kaushambi because the diesel buses emanate from pollutants that affect our commune. We also took the Supreme Court last year against the various sources of pollution affecting our canton. We want the diesel buses running from ISBT to be phased out and we will continue our fight against pollution, â€said VK Mittal, President of Karwa.

The township includes 22 skyscrapers and is also surrounded by ISBT Anand Vihar Delhi, Ghazipur Landfill Site and Sahibabad Site IV Industrial Zone, all of which make Kaushambi a hotspot of pollution.

In its winter action plan drafted in October, the UP Pollution Control Board identified Kaushambi as one of the ten hot spots in the city of Ghaziabad while the other nine were Sahibabad, Raj Nagar Extension, Delhi-Meerut Road, Loni, Bhopra-Delhi border. , south side of GT Road, Sanjay Nagar, Vasundhara and Siddharth Vihar.