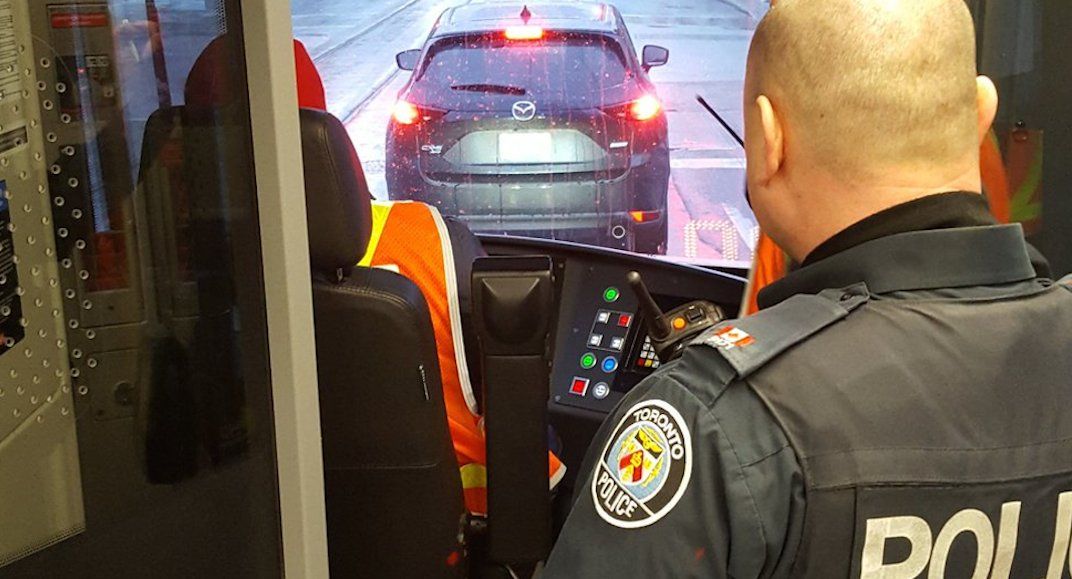 During the week-long security blitz, officers search for motorists using their cell phones while driving.

Officers ride in the backs of streetcars and buses on Wednesday and when they see distracted drivers on the road, they call officers in patrol cars following in front of and behind the TTC vehicle to stop the drivers and issue them a ticket.

In a video shared on Twitter by Toronto Police Services, Seargent Brett Moore said drivers don’t trick anyone by having their phones next to their knees when driving or when stopped at traffic lights.

â€œThe perspective of these vehicles allows us to see better inside the vehicles,â€ Moore said.

Day 3 of @torontopolice #Distracted driving Campaign. Application of zero tolerance. We will be on #TTC vehicles 2 days … https://t.co/TU24xUONZn

â€œWe just finished writing the first ticket when we saw this driver and passenger both on their cell phones. The passenger should be the navigator, not the driver, â€said Constable Giancarlo Marrelli.

We just finished writing the first ticket when we saw this driver and passenger both on their cell phones. The passenger should be the navigator, not the driver. #DoYouSEEWhatsHappening #PutDownThePhone @ CP24 @CityNews pic.twitter.com/SwWLU0pN1Y

Effective January 1, those caught using a portable device, such as a cell phone, while driving will be fined up to $ 1,000.

Those captured will also receive a three-day license suspension and three demerit points.

Are street cars a good use of transit dollars? A look at The Hop after a year in Milwaukee