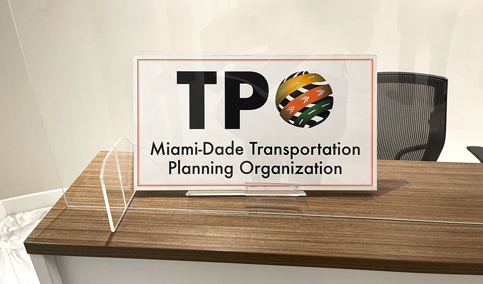 An official approval of Bus Rapid Transit instead of rail to bring rapid transit to the high density Kendall Corridor is being approved today (9/30) by the Board of the Transportation Planning Organization (TPO ) of Miami-Dade County.

The Florida Department of Transportation District Six, which oversees Miami-Dade, presented the Kendall Corridor proposal at a meeting this month.

Acceptance of the proposal today would allow planning to move to the next level, level 3, with an alternative bus rapid transit corridor as part of the project’s development and environment study. who has to drive the high speed bus service along busy Kendall. Drive.

Approval of the TPO today would allow the State Department to refine the plan with the goal of returning to the TPO board of directors for the final selection of Bus Rapid Transit as the locally preferred alternative for the corridor. Kendall by spring 2022.

The corridor is part of a 2016 county government smart plan that aims to bring six new rapid transit corridors to Miami-Dade, expanding the rapid transit network to include six other underserved areas of the county.

The top-ranked alternatives to bus and rail rapid transit investigated by the ministry and its consultant Jacobs Engineering Group included the Transportation Systems Management and Operations (TSM&O) program, an alternative to Bus rapid transit (BRT) curbside, not construction at all.

Although heavy elevated rail transport is among the other top-ranked alternatives, the state has decided to go ahead with BRT because it costs less to develop. The benefits listed for a BRT corridor are transit improvements without eliminating lanes on Kendall Drive, congestion relief for automobiles, and balanced mobility to alleviate congestion.

Compared to other alternatives, said a representative from Jacobs, this translates to better transit performance than TSM&O or “no construction”, better traffic performance than the Curbside BRT on exclusive lanes, a better opportunity to obtain Federal Transit Administration funding than TSM & O, and allows for a gradual increase in ridership on the Kendall Corridor.

A 2017 inventory by consultants Gannett Fleming & CTS found 55,300 workers in the study area, which includes a half-mile buffer zone extending beyond the Kendall Corridor. The document states that by 2040, the number of employees in the study area is expected to increase by 35%.

In addition, seven colleges and higher education institutions in the corridor have a combined enrollment of 1,011 students, according to version 7 of the Southeast Regional Planning Model.