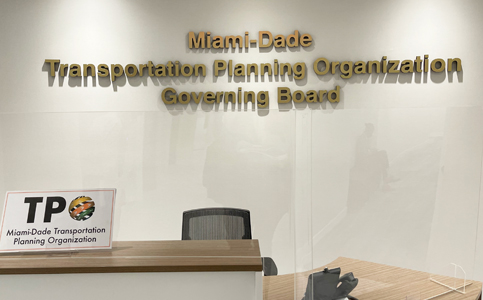 The next phase in this phase of the county’s Smart plan to add six rapid transit lanes is now on hold as officials meet again with the department to explore what can be done.

County commissioner Raquel Regalado said she needed to meet with state transportation officials. â€œWe will meet with them to see what can be done. I think it’s an opportunity to do something a little more thoughtful.

Transit Alliance Miami campaign coordinator Derrick Holmes urged the Transportation Planning Organization (TPO) board of directors to reject the recommended alternative and support a rapid bus system with exclusive lanes. â€œIf the goal of the Smart plan is to get people to choose public transport, we have to give people a reason to do so,â€ he said. â€œWe do this by making public transit a more attractive option than driving a car. “

At a TPO meeting on September 20, state transportation planners submitted a formal request for approval of the Bus Rapid Transit which, when adopted, would allow planning to move forward in the part of a project development and environmental study that would lead to the high-speed bus. service along busy Kendall Drive.

The corridor is part of a 2016 county government smart plan that aims to add six rapid transit corridors, expanding the rapid transit network to include six underserved areas of the county.

Top-ranked alternatives to bus and rail rapid transit investigated by the ministry and its consultant Jacobs Engineering Group included the Transportation Systems Management and Operations (TSM&O) program, a transportation system bus rapid (BRT) curbside on exclusive alternate routes, and do not build at all.

Although heavy elevated rail transport is among the other top-notch alternatives, the state has decided to go ahead with BRT because it costs less to develop. The benefits listed for a BRT corridor are transit improvements without eliminating lanes on Kendall Drive, vehicle congestion relief, and balanced mobility to alleviate congestion.

“I can guarantee you that what people expect, what people paid that half a cent [transit sales tax for] All the time [is] not to have buses stuck in traffic, â€Mr Holmes said on Friday,â€œ so once again we urge you to sincerely recommend a real BRT solution. “