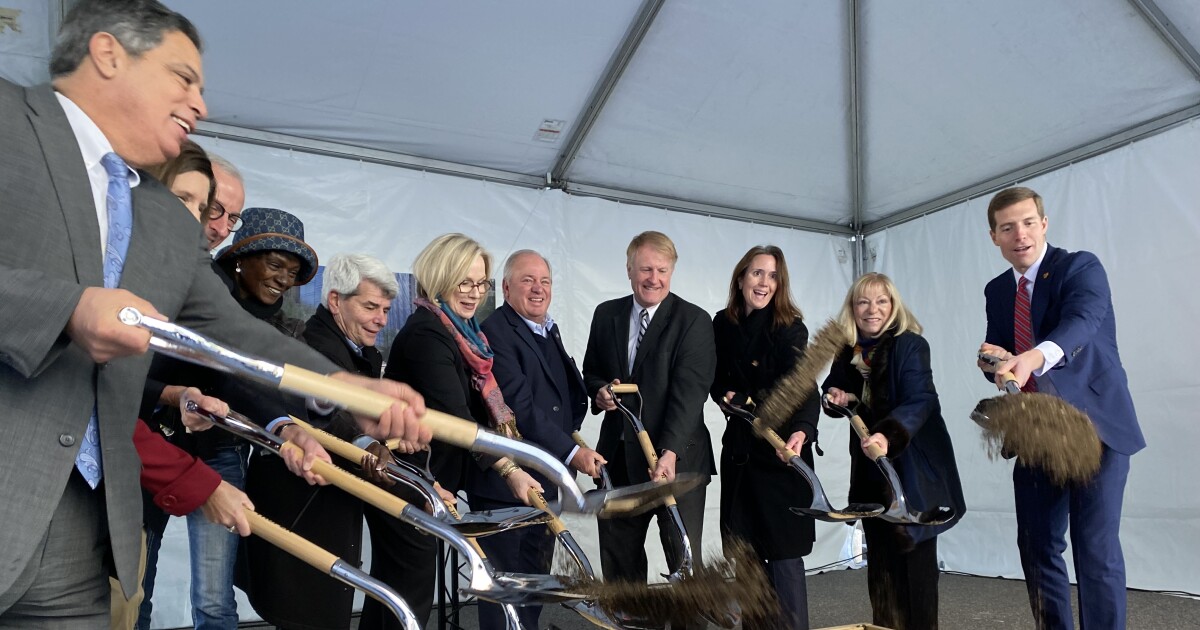 “Modern cities demand world-class public transit,” said Katharine Kelleman, CEO of Pittsburgh Regional Transit. “Projects like this are transforming the way people think about mobility in Pittsburgh and the way we get around.”

Allegheny County Executive Rich Fitzgerald has championed the project for years and described it as “transformative” for the region because it will connect Pennsylvania’s second- and third-largest economic centers. Other speakers agreed, saying regular and reliable BRT service would be an economic boon.

“I want people to know…suburbs and even outlying counties: This project is for you, too,” said Democratic Congressman Conor Lamb, who serves on the House Transportation and Infrastructure Committee. He said people might not travel to Oakland, where many jobs are, but can travel downtown. With BRT better connecting the two, “all of a sudden [it] double the job market for a young person in Beaver County.

“This project represents a significant investment in our community, improving the lives of thousands of cyclists traveling to and from many of our densest and most vibrant neighborhoods,” Kelleman said.

However, BRT will serve fewer passengers than originally planned. The planned branches to Highland Park and Greenfield have been cut for the time being.

The Federal Transit Administration is a major funder of the project, and officials want to be sure that what they fund will be successful, said David Huffaker, director of development for PRT.

“For it to be a big construction contract, they were worried it would be too risky,” he said.

The project will now only run from Oakland to downtown, and construction will be split into smaller pieces. Huffaker said PRT hopes to begin work on the downtown loop in early 2023.

The $290 million price covers the downtown segments in Oakland, as well as all sidewalks, bike lanes and other amenities associated with the work. Huffaker said the success of this first phase puts PRT in a good position for future federal funding.