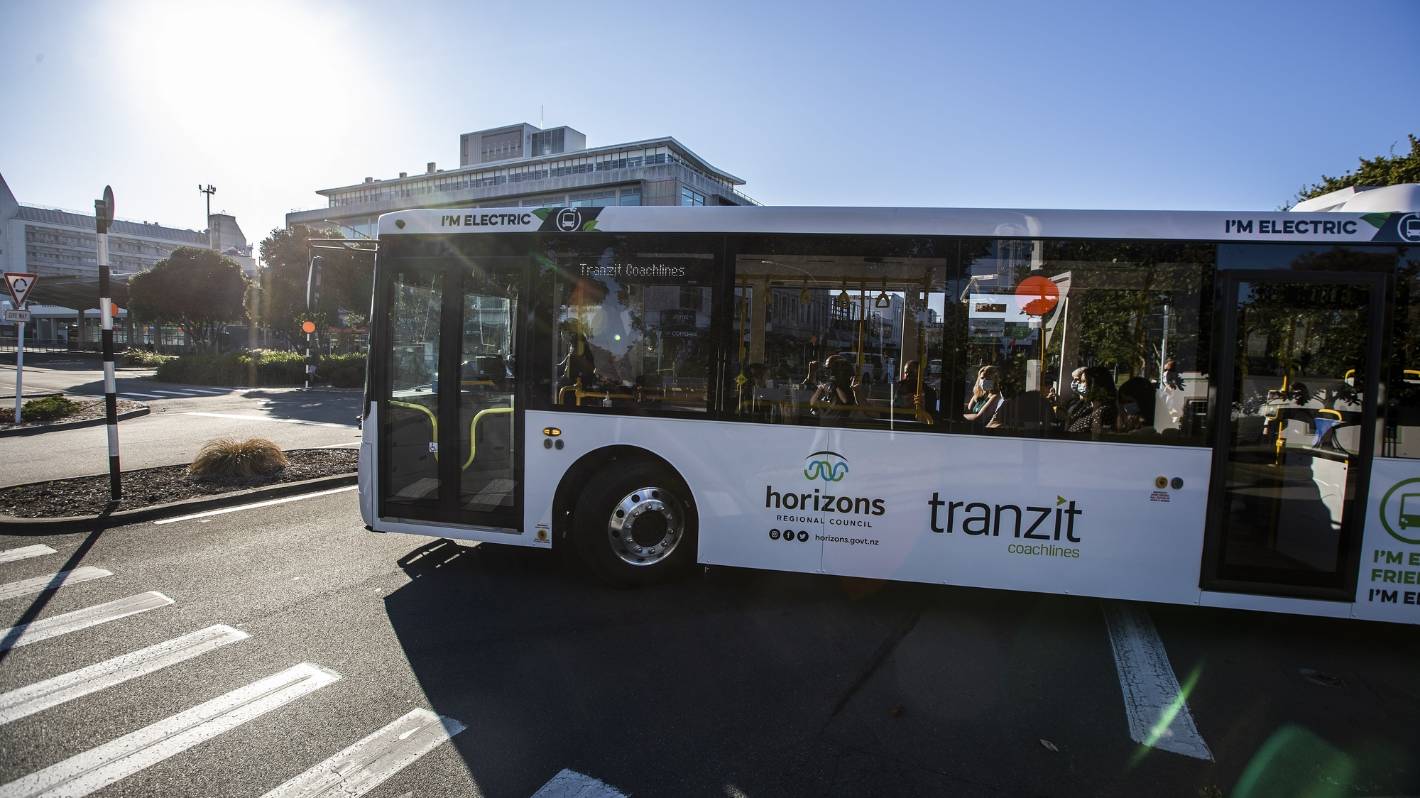 The Palmerston North bus service is scheduled for big changes, with buses running more regularly and until 9pm.

Palmerston North’s public transport system is expected to experience its biggest upheaval in years, with the goal of increasing ridership and being ready for the city’s impending growth.

The Horizons Regional Council has been in charge of the city’s bus service for decades, with buses looping from the city center to the suburbs.

Loops mean passengers can wait well over 30 minutes between buses. It can also be difficult to know on which side of the road a bus will stop.

While buses leave at 6.30 a.m. on weekdays, the last bus leaves at 6:50 p.m., meaning night workers or people wanting to stay later in the city have few transportation options.

Horizons is reviewing the service before its contract with Tranzit ends in 2023, the two options it wants comment on are expected to change.

Although the proposed routes mainly serve the same parts of the city as the current routes, they would be direct linear lines rather than large loops.

For example, a bus from the Maxwells Line would run along Slacks Rd, to Pitama Rd, along College St to Fitzherbert Ave, and then into the downtown terminal.

It would then go up RangitÄ«kei Street, along Tremaine Avenue and into Kelvin Grove, before bouncing back along the same route into the city.

Currently, a bus heading to Kelvin Grove or Awapuni would meander through the suburbs before returning to town, meaning someone taking the bus near the start of the route would have a particularly scenic trip.

Both options would operate from 6:30 a.m. to 8 p.m. Sunday through Wednesday, but until 9 p.m. Thursday through Saturday.

The big difference between the two options was a balance between more routes or better service at peak times.

Having more routes would put almost every part of the city within 400 meters of a bus stop.

Fewer routes would mean a longer walk for some to get to a stop, but this would be offset by buses running every 15 minutes from 7am to 9am and 3pm to 6pm.

Both options come with proposed route extensions to accommodate the city’s likely growth to Longburn and Ashhurst.

Horizons director of transportation Mark Read said people told the board ahead of the review that they wanted more regular service.

People could wait 45 minutes or more for a bus under current schedules, he said.

Moving that wait to 15 minutes for rush hour would cause ordinary people to almost forget about schedules, he said.

â€œPeople can leave the car at home, do whatever they want during the day and still go home.

â€œThese are the two or three extra trips they can take.

Palmerston North City Councilor Brent Barrett, who sits on the Horizons Passenger Transport Committee, said both options were improvements over what the city had.

“People are pretty locked up in cars because the bus system doesn’t offer real choice.”

Even car enthusiasts should submit to the bus system, he said.

â€œEach person on the bus is one less car entering your favorite parking lot. “

The review also proposes to tweak the Summerhill service, simplify the Massey service to better connect it to city buses, and expand the Ashhurst service from four round trips per weekday and one per Saturday to seven and four, respectively.

People can get more information and provide feedback at betterbuses.horizons.govt.nz, by contacting Horizons on 0508 800 800, or from the Horizons staff in the forecourt of The Plaza on 7, 8, 21 and August 22.