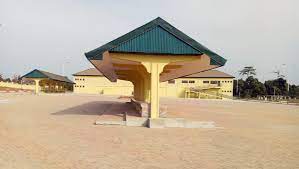 They ensured that the relocation and space allocation processes for drivers and traders went smoothly.

Assistants have been deployed at the new bus station to guide passengers who may not be familiar with the location so they can locate stations for their destinations.

Speaking in a media interview, Mr. Ouattara thanked Osagyefo Oseadeeyo Agyemang Badu II, the paramount chief of the traditional area of ​​Dormaa, for allowing the land originally allocated as the site for parks and gardens to be converted to this end.

He assured that traffic signs would be installed along the Dormaa-Ahenkro-Nkrankwanta road to ensure the safety of drivers and pedestrians.

Nana Asamoah Yeboah, the president of the Ghana Private Road Transport Union (GPRTU), local branch, praised the government for providing the facility and announced that a task force had been set up to apprehend the drivers ‘waawaa’ (drivers without stations) drivers for passenger safety and security.

He said these drivers did not belong to any of the transport unions like the GPRTU or the Progressive Transport Owners Association (ProTOA) and therefore operated without a particular truck station from Sunyani-Berekum-Kyeremasu to Dormaa-Ahenkro and back.

He added that union leaders were working to streamline the activities of “pragyia” tricycle drivers who operated from various locations in Dormaa-Ahenkro town to the new terminal to ensure the prevalence of mental health.