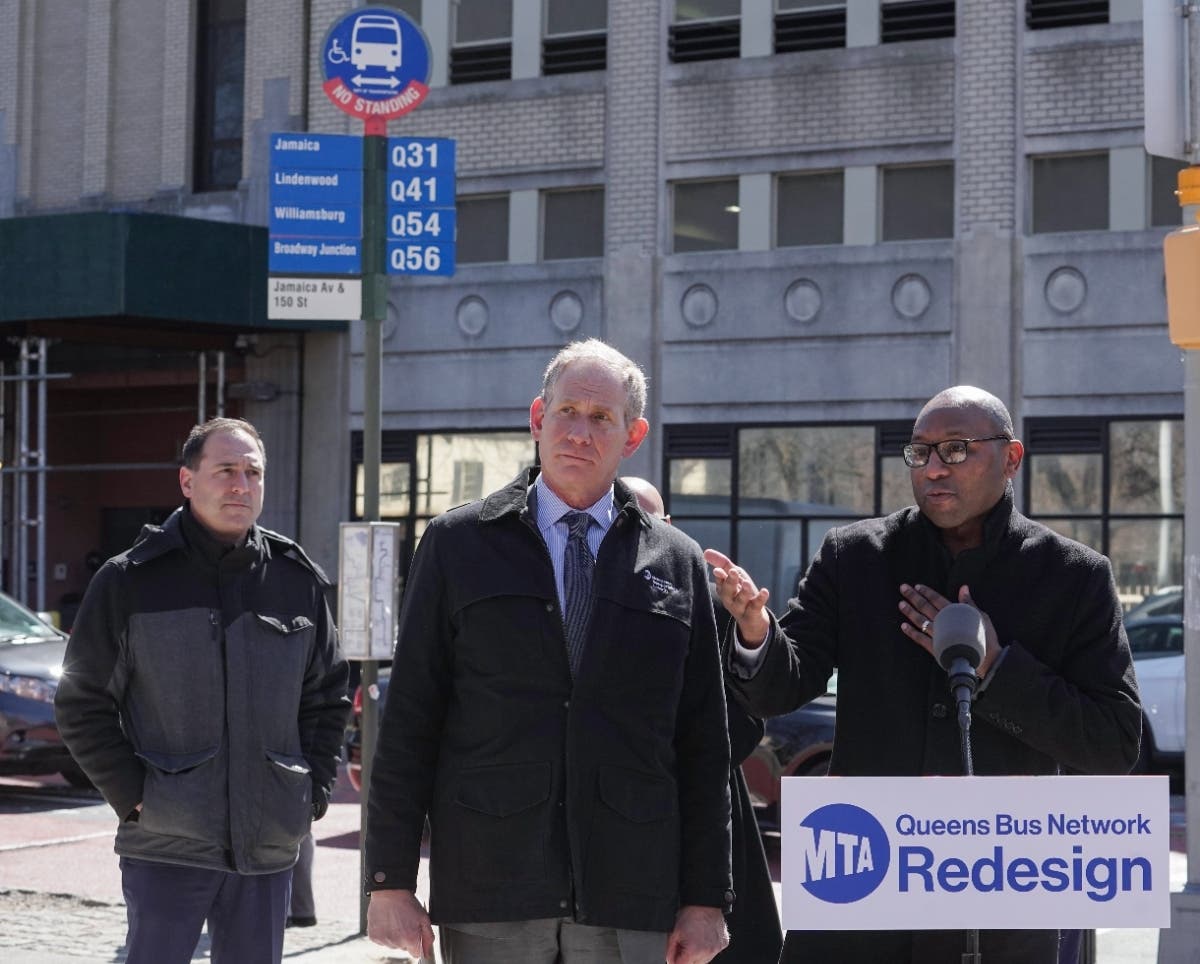 ASTORIA, QUEENS – A Controversial Borough bus overhaul plan got a facelift this week, as the MTA (once again) aims to speed up rides and modernize redundant bus routes for hundreds of thousands of weekly passengers in Queens – including Astoria and Long Island City .

the plan to redesign Queens’ extensive 107-line bus network was first announced in 2019 as part of the transit agency’s sweeping initiative to overhaul the city’s subway and bus systems.

Billed as a one-year project, the MTA had to put the brakes on the 2020 overhaul amid the pandemic — but not before every member of Queens City Council (along with transit advocates and local residents) had lambasted the proposed map as a series of service cuts (a claim the MTA strongly denied).

the new plan, announced Tuesday, takes negative feedback into consideration — as well as 11,000 comments from the MTA’s first round of public engagement — now offering 85 regular bus routes in Queens, up from 77 in the old project and the 82 that will currently cross the borough. In addition to the new routes, many stops will be removed in order to increase speeds.

Here are some of the biggest changes coming to Western Queens:

The Q66 bus will retain much of its North Boulevard route, but will remove segments that ran along 36th Avenue and 21st Street in Astoria and Dutch Kills.

This segment will be absorbed by the new Q63 line, which will also run along Northern Boulevard and Broadway before reaching Queens Boulevard at Elmhurst, filling the gaps in the existing bus network.

Vernon Boulevard bus service is preserved, on a new line

An initial plan to move the Q103 bus from Vernon Boulevard to 21st Street sparked controversy when it was announced in 2019. Community leaders said the change would harm residents of NYCHA Astoria homes and reduce visits to the Sculpture Park Socrates and the Noguchi Museum.

Under the new plan, Vernon Boulevard will maintain bus service between 31st Avenue in Astoria and 40th Avenue in Long Island City – albeit under a new bus route, the Q39. This line will continue south to Maspeth.

Further south, the Hunters Point segment of Q103 will be replaced by the new Q69 bus route, running along Vernon between 49th and 46th Avenues – although some services will be lost near the Queensboro Bridge.

A new bus to Roosevelt Island

Q102, which now serves Roosevelt Island via 31st Street, will be discontinued and replaced by Q104.

As at present, the Q104 will run along Broadway. Instead of ending at 11th Street, however, Q104 will head south along Vernon Boulevard and then cross over the Roosevelt Island Bridge.

The 31st Street route of Q105 will largely resemble the soon-to-be-discontinued Q102, but with additional service north of Astoria Boulevard.

The Q101 bus which now runs along Rue Steinway will be replaced by a new line, the Q68.

However, instead of going to Manhattan like Q101, Q68 will terminate in Williamsburg, Brooklyn, forcing Manhattan commuters to transfer to the Q32 or Q60 lines.

The Q18 bus will continue to run along 30th Avenue before heading south into Maspeth. Q19 will maintain its Astoria Boulevard route, although it will also absorb the existing Q15A, adding stops in northeast Queens.

The Q32 and Q60 will keep their routes between Queens and Midtown Manhattan, but will lose some stops in order to increase speeds.

Q69 will largely keep its route along Ditmars Boulevard and 21st Street, but will get a new extension in the Hunters Point neighborhood of Long Island City – connecting the NYC Ferry Terminal and Long Island Rail Road stations.

MTA Brass hailed the new plan, saying it will improve speed and efficiency for World’s Borough riders, who often rely on buses as their only public transport option.

“Queens’ new draft plan is the third to be released, but in some respects it may be the most significant of the five because Queens has historically had less subway service relative to its size and population. than other boroughs,” MTA acknowledged. President and CEO Janno Lieber.

Transit officials said the plan will cut an unspecified number of bus stops to reduce travel time (each stop removed could save 20 seconds of travel time, officials estimate), introduce a service said “peak” for buses that connect passengers to subway lines and preserve part of the Sunday service – a major sticking point of the latest plan, which canceled Sunday service.

The plan includes 20 new routes, plus 11 “retired” routes, which will either be combined with an existing route or incorporated into a new route. A total of 17 lines will be extended, seven shortened and five integrated into existing routes, according to plans.

“Families in Queens are heavily reliant on bus service which can often be inefficient and unreliable, particularly in our many transit deserts, so it couldn’t be more important that we get this revamp of Queens’ bus network right. our borough,” he said, urging residents of The Queens to familiarize themselves with the plan and provide feedback.

To provide their input, residents of Astoria and Community District 1 in Long Island City can participate in a public workshop on April 18 from 6:30 p.m. to 8:30 p.m. (register here). Neighboring District 2 will have its own workshop on April 21, followed by the remaining 12 community districts in Queens (neighbours who cannot attend their community district meeting can attend a different meeting, the MTA said).

Assistance in Spanish and Mandarin will be provided, the MTA said.

Learn more about the new redesign plan and how to get involved, here.

Beyond the Line: How an All-Electric Bus Rapid Transit System is Transforming Indianapolis