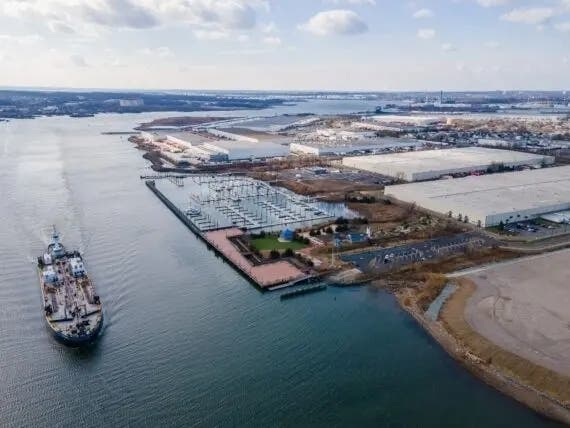 CARTERET, NJ — Another federal grant has been secured in the ongoing quest to make the Carteret-Manhattan ferry service a reality.

US Congressman Frank Pallone (D-NJ6) just announced on Tuesday that Carteret will receive $6 million from the Department of Transportation to build a passenger ferry terminal. It comes after the city of Carteret announced in January that it would buy a single 149-passenger ferry from NY Waterway, paying $2.25 million for the boat.

The ferry terminal is proposed to be at the northern end of Carteret Waterfront Park at the New Carteret Marina along the Arthur Kill. It takes about 25 minutes by boat to reach Lower Manhattan.

The ferry terminal will be connected to bike paths and walking paths along the Carteret waterfront. Congressman Pallone, who strongly supports the project, said he envisions NJ Transit buses stopping to drop off commuters from the ferry each morning and returning them home in the evening. There will also be car parking.

In recent years, the city of Carteret has raised over $13 million in state and federal grants to launch the ferry service.

For several years, Carteret and South Amboy have somewhat competed to launch a ferry service to New York. The South Amboy Ferry Terminal is proposed to be located at 1 Radford Ferry Road adjacent to the Manhattan Beach Club, a 1,875 unit luxury apartment complex.