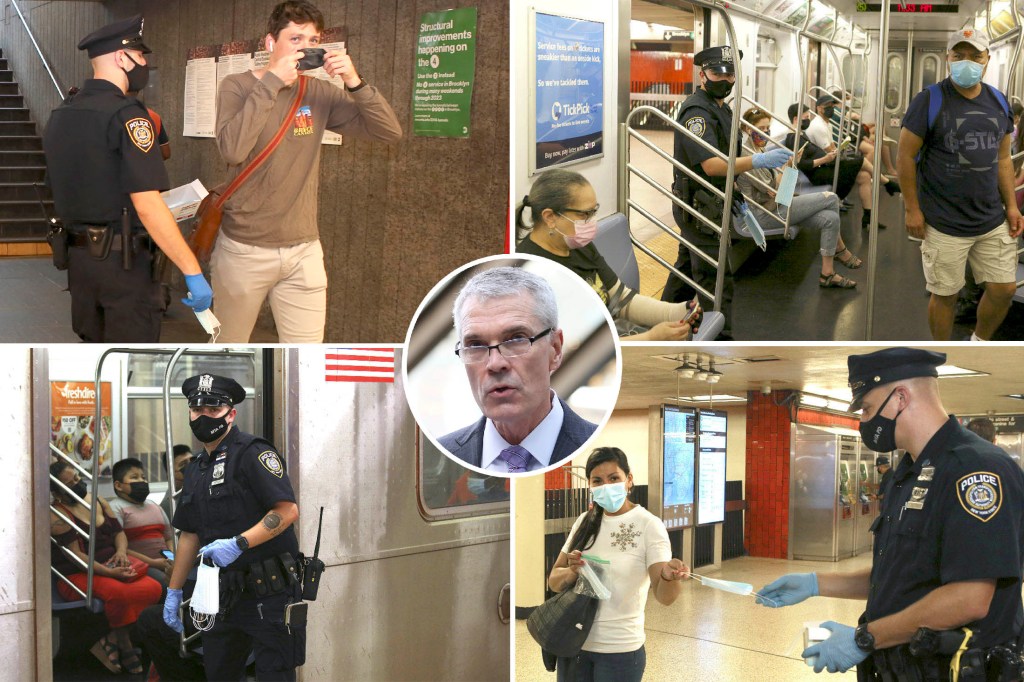 The MTA is stepping up mask enforcement on subways, buses and commuter trains after issuing just three $ 50 violations all summer, officials said Wednesday.

MTA surveys show mask use has increased in recent weeks after dropping in July, when the city’s COVID-19 rates were much lower. But the application of the masks has been relatively light – MTA police forces have issued only 41 summons since the fine came into effect in September 2020.

“We need everyone to do their part and hide,” Pat Warren, MTA security manager, said at a press conference outside the transportation authority’s headquarters in downtown Manhattan. .

â€œAlthough the fine has been in effect since last fall, we began ramping up enforcement on September 7 to help promote compliance,â€ Warren said. â€œThis includes parking police and MTA personnel at strategic metro rail nodes and bus terminals to meet returning workers and students coming to school for the first time in person.â€

As part of the enforcement blitz, MTA police distributed 25,000 masks, Warren said. No summons had been issued this month as of September 21, according to statistics shared at the press conference.

“Very little [fines] were given out during the year because there are very few people breaking the rules, â€Warren said.

Straphangers have the option to mask themselves before being penalized, officials said.

“If you put the mask back on them and they refuse to wear a mask, or if they take it off immediately after – some sort of recalcitrant behavior – you’re probably going to get a summons,” Warren told reporters.

MTA surveys revealed mask-wearing rates of 94% on buses, 87% on subways, 92% on LIRR and 95% on Metro-North. A good portion of these runners do not wear their masks properly – around 14% on subways and buses, according to publicly available statistics.

Masks are mandatory indoors at stations and on trains and buses, but not on outdoor transit platforms, as directed by the CDC, Warren said.

Pressed on viral videos and photos of cops not wearing masks where they are required to, MTA Police Chief Joseph McGrann – who does not supervise NYPD officers in the transit system – said his department penalized cops who flout mask rules.

Eight police officers and two supervisors have been sanctioned in the â€œpast few weeksâ€ for failing to wear masks â€œappropriately in public situations,â€ McGrann said.