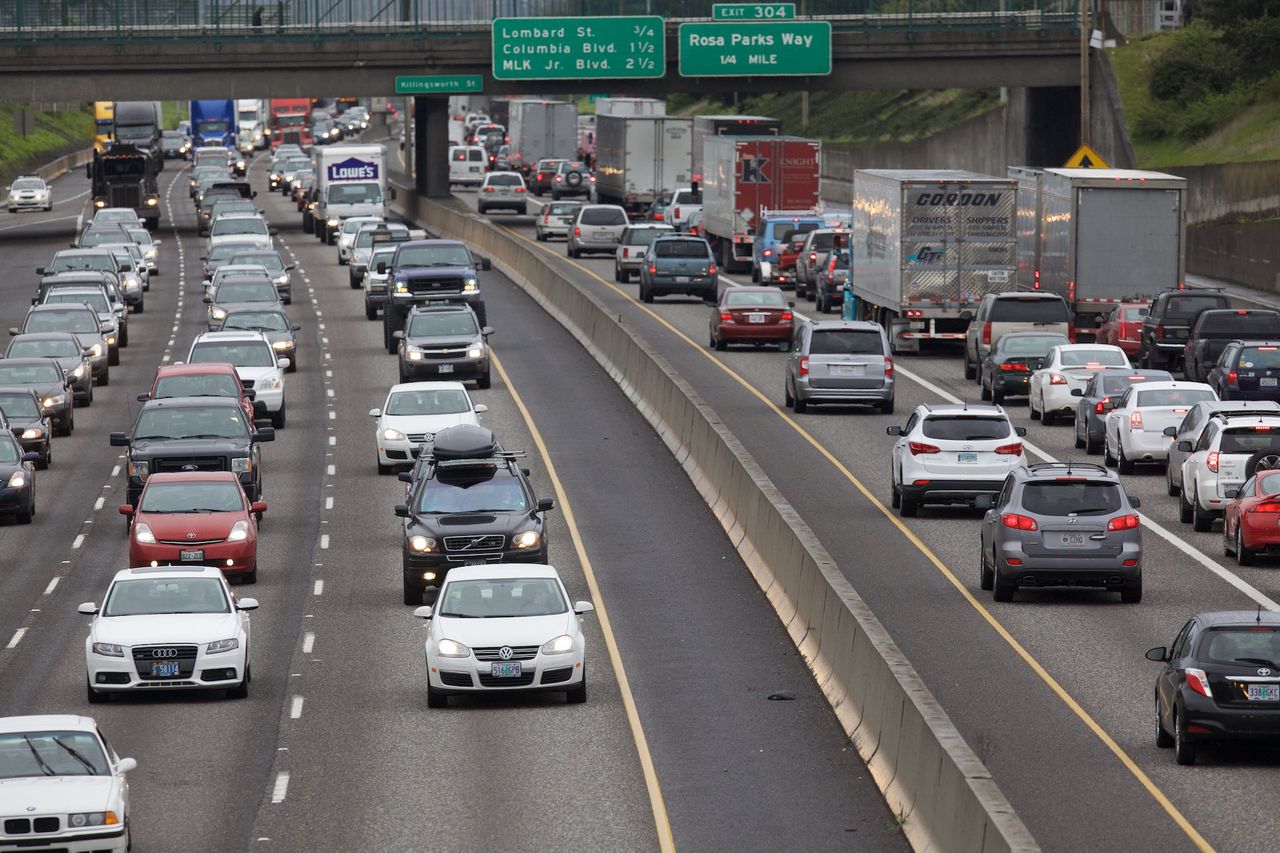 The bulk of Oregon’s dollars from a massive increase in federal funding will go toward repairing and maintaining highways, the state’s transportation commission decided Wednesday.

In a late-breaking addition, the council also decided to allocate $10 million for a pilot program to provide grants to organizations working to develop cycling, carpooling and active transportation programs in underserved communities.

How to spend the remaining $412 million has been a point of contention for many activists and local elected officials, who have urged transportation officials to use scarce flex funds for pedestrian and bike improvements and public transit instead. as for the repair of highways and bridges, which already have designated funding sources.

On Wednesday, some of those activists and officials said in a joint written statement that they were disappointed with the commission’s decision to continue to focus on the needs of cars and drivers, but said they looked forward to learn more about the new pilot program.

“At a time when communities are suffering from high gas prices, climate change and lack of access to transportation, we need to redouble our efforts on safety, orphan highways, public transportation, bike-pedestrians and local transport projects, not more of the same as usual,â€ said State Rep. Khanh Pham, D-Portland, who called the decision a â€œlost opportunity.â€

The five-member transportation council has chosen to spend $75 million on highway repairs and maintenance and $50 million on improving these major roads. An additional $50 million will go to improving safety on national highways that have been neglected, and $30 million will be used to make safety improvements near schools.

Half of $10 million for new ‘innovative mobility pilot’was diverted from a $100 million pledge the state had made to pay for a legal settlement to make sidewalk ramps and pedestrian signals compliant with the Individuals with Disabilities Act.

The state will still have to pay the full settlement and fund 27,000 ramps. It will seek additional funding to cover the remaining cost of the ADA updates mandated under the settlement.

Vice President Alando Simpson proposed the program at a previous committee meeting and worked with the state to develop it. On Wednesday, he urged the commission to commit more funds to him than the $5 million originally proposed by ODOT.

“I think this is a great opportunity for the agency to step in and have a good relationship with community organizations and the individuals those organizations represent,” he said. “I think it’s time for us to start building those relationships.”

Some commissioners were initially concerned about transferring funds from other programs to the new initiative. After some debate, the commissioners agreed to divert $5 million from the ADA settlement, where he planned to send the largest sum of federal funds. Commissioners directed ODOT to return at the May meeting with other possible sources of funding for the state-level program.

The commission heard no public comment at Wednesday’s meeting, but it had received dozens of written comments over the past few weeks, most of them from local climate activists and elected officials calling the state to invest in the needs of local communities instead of spending money on highways.

Leaders of several environmental and transport advocacy groups sent a joint statement on Wednesday expressing their disappointment with the commission’s decision – including teenage climate activists from the Sunrise Movement and representatives of the advocacy group land use 1000 Friends of Oregon, transportation advocacy group The Street Trust, Environmental Council of Oregon, Climate Solutions, No More Freeways, and Better Eugene-Springfield Transportation.

And written testimonies have come from state legislators and county commissioners, regional transit agencies and officials asking for better investment in these programs, as well as neighborhood associations and individuals calling for Much-needed safety improvements along local roads. Some of these improvements will be made with federal funding

The transportation committee will meet again in May to discuss funding for other projects, including bridge repairs and electric vehicle charging infrastructure across the state.