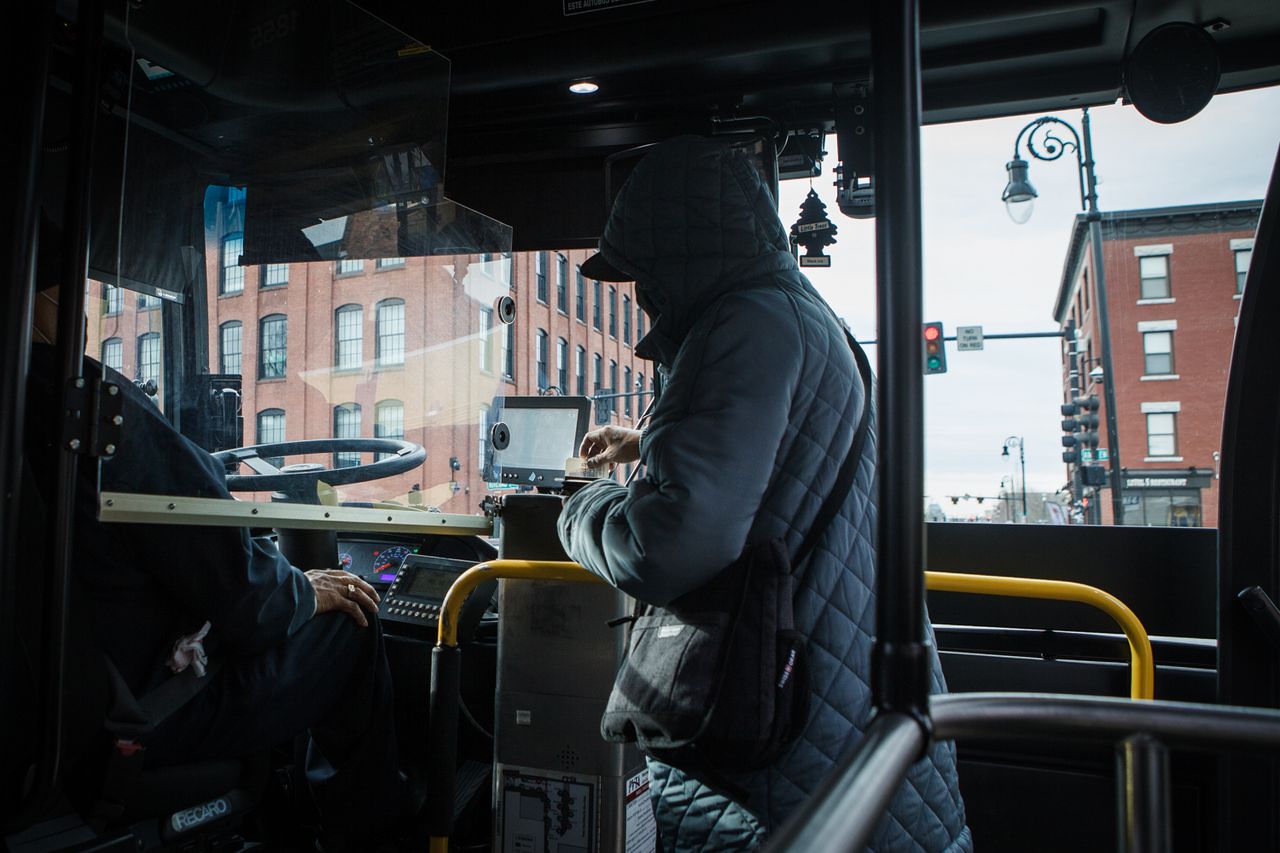 All buses operated by the Merrimack Valley Regional Transit Authority will be free for at least two years starting Tuesday, a move hailed by officials as a “game changer”.

lower prices, announced in december, will be effective on all local MVRTA bus routes. Transport authorities hope this will re-attract passengers lost during the COVID pandemic and open buses to people struggling to afford rides.

Also on Tuesday, three of Boston’s most popular bus routes kick off two years of free service. The city plans to reimburse the MBTA for rides on the 23, 28 and 29 buses, which pass through Dorchester, Roxbury and Mattapan.

For the MVRTA, charging a fee to ride the buses has proven to be an expensive and inefficient system. The agency ultimately received less than 25% of the money paid in fares, said Noah Berger, the MVRTA administrator. The rest was reallocated to fare collection.

Officials also hope the change will win back passengers who have stopped riding the bus during the pandemic, create faster journeys when drivers spend less time collecting fares, reduce conflicts between drivers and passengers and to open the buses to people who could not otherwise afford them.

Following a unanimous vote to eliminate tariffs by the MVRTA board in December, Rep. Lori Trahan, who represents the Merrimack Valley in Congress, called the decision a “game changer for people.” in the region who depend on public transport for their journeys.

MVRTA and MBTA will pay for the initiative with federal funds. Trahan said she was proud to have voted for the CARES Act, one of the COVID-19 relief programs that allocated money bus agencies will use to cover free service.

“I’m really excited about this pilot,” MVRTA spokeswoman Niorka Mendez said. “Free travel will attract new passengers, increase footfall to our local businesses, provide economic relief to families who rely on our service, and connect people to jobs and other economic opportunities.”

The removal of fare collection boxes on Monday came with a touch of symbolic fanfare. MVRTA workers rolled the boxes – adorned with a large circular red “X” – off buses at the Buckley Transportation Center in Lawrence, video captured by State Representative Andy Vargas show. Inside the windows of the bus station, images shot by the Boston Globe showed a collection of multicolored zero-shaped balloons.

The MVRTA also participates in a pilot program allowing buses to operate on the shoulders during peak hours. Buses traveling on the highway can often get stuck in traffic, making them less likely to reliably arrive at stops on time.

For the next two years, MVRTA buses will be permitted to operate on the shoulder of Interstate 93 between where it crosses Interstate 95 in Woburn and the entrance to the high occupancy vehicle lane in Somerville – for a stretch of about seven miles.

“There’s no better marketing promotion for public transit than seeing our bus pass you in its own lane, while you’re stuck in bumper-to-bumper traffic on the freeway,” Berger said.

Interview: “People buy cars in Mumbai because they don’t have to think about the cost of parking”