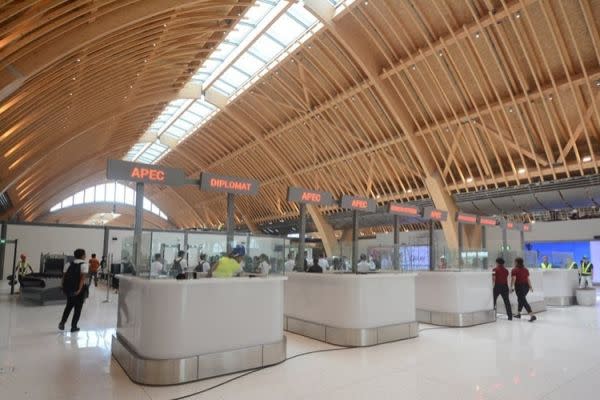 MCIA departures will be transferred to Terminal 2

ALL passengers departing from domestic and international flights to Mactan-Cebu International Airport (MCIA) will be transferred to its Terminal 2 (T2) from Sunday January 16, 2022, in order to facilitate repairs to some of the structures from the airport which were damaged by Typhoon Odette.

The announcement was made by officials from Megawide’s airport branch, GMR-Megawide Cebu Airport Corp. (GMCAC), in a statement they sent out on Saturday, January 8.

In their statement, GMCAC officials said they decided to move all departures to T2 because repairs were needed at Terminal 1 after some of its structures were affected by the typhoon.

â€œThe damage at Terminal 1 (T1) has been much more extensive, particularly in the T1 departure areas which require an immediate remediation program that will last for several months,â€ said GMCAC.

But as domestic departures will shift to T2, domestic arrivals will continue to arrive at T1 south wing arrivals, as the area suffered less damage than other sections.

Passengers arriving in the country can still access their baggage in the baggage claim hall of T1 from T2 via an airside connecting bridge or be transported by bus, depending on their designated aircraft parking area and proximity to the area.

The GMCAC added that the Airport Village will remain operational with selected stores open for the benefit of hostesses and hosts.

As for international arrivals, they will also continue to arrive at T2 arrivals in order to remain fully compliant with on-arrival health protocols established by the national government and the Inter-Agency Working Group for the Management of Emerging Infectious Diseases. (RP)

The ultimate cars for a road trip