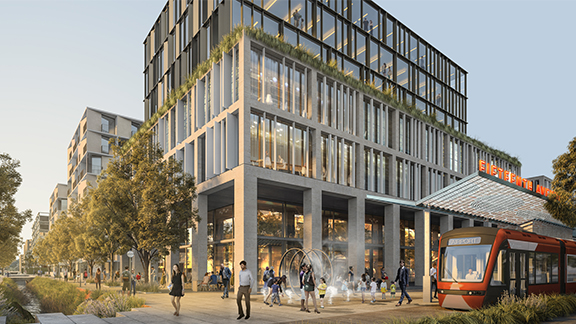 “While this funding announcement is a significant win, there needs to be a greater focus on housing affordability and more investment in infrastructure in south-west Sydney, particularly in Liverpool,” said the Mayor Mannoun.

“We need more financial investment in Liverpool as it cements its place as Sydney’s third CBD, simply put we don’t have the right infrastructure to meet the demands of our growing population which is expected to grow to more of 330,000 by 2036.

“When you look at the huge amount of new housing construction going on in our city, you can see the gaps that exist in transportation connectivity, infrastructure, recreational spaces for people to enjoy, and improvements of the main arteries.

“As the Council welcomes the new Sydney Metro – Western Sydney Airport line, we will continue to advocate for a choice of public transport options linking the airport, including the extension of the Inner West and Leppington line. at Western Sydney Airport and downtown Bradfield and for the Fifteenth Avenue Intelligent Transport Corridor (FAST), in particular the upgrade of Fifteenth Avenue from Cowpasture Road to Devonshire Road,” said the Mayor Mannoun.

“We are the jewel of the South West where people can build a life, work locally, access universities, all in close connectivity to the rest of the world when the new Western Sydney International Airport opens in 2026.”

Mayor Mannoun said today’s announcement is a big step forward, but further investment is needed to create the thriving and bustling metropolis we envision for our city in terms of leisure facilities and to capitalize on Liverpool’s place as an international city.

“It makes sense to have a world-class new stadium in Liverpool, home to Western Sydney International Airport. We are internationally recognized as a city of innovation and deserve world-class cultural and recreational facilities that will enhance the quality of life in the city,” said Mayor Mannoun.

“A multi-purpose stadium would be a good stimulus for job creation during this difficult time and in the future, while also putting Liverpool on the map as a sporting capital connected to south-west Sydney.”