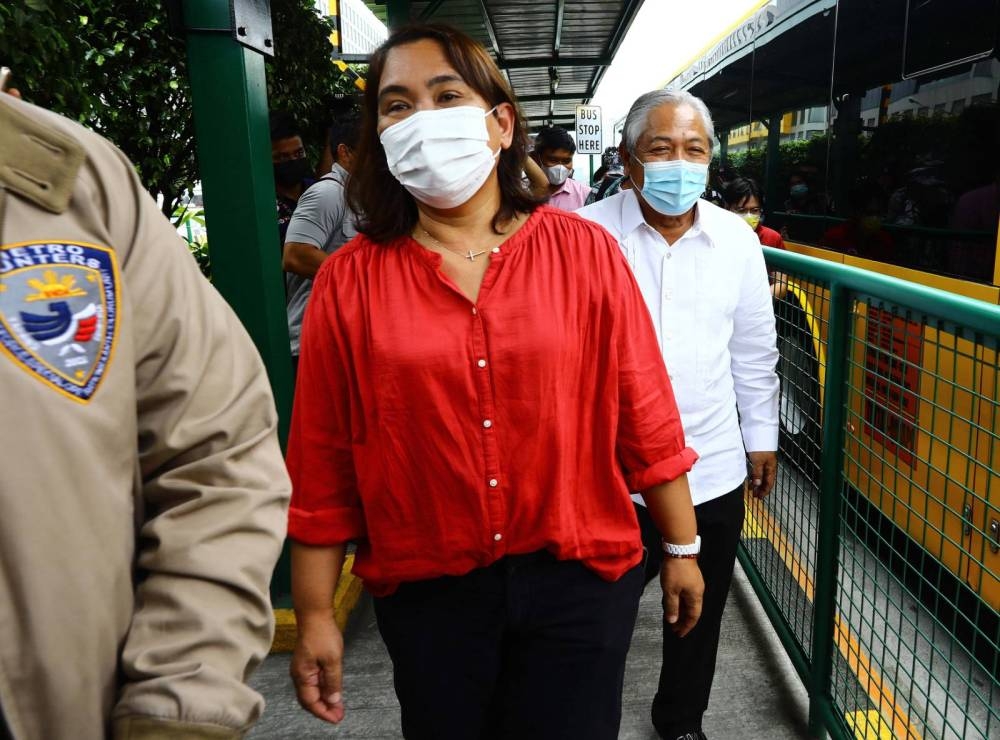 The Land Transportation Franchising and Regulatory Board (LTFRB) announced on Friday that it has proposed 100 additional buses to serve the EDSA carousel and 100 modified routes throughout the National Capital Region (NCR), particularly along the University Belt. in Manila, to handle the expected influx of passengers when face-to-face classes return this month.

“It’s one of our proposals, that we add at least 100 buses to the EDSA bus lane,” LTFRB chairman Cheloy Garafil said in a TV interview.

Garafil said that to improve the deployment of the additional buses, the LTFRB will call on other consortia.

“A circular to be signed by all members of the LTFRB board is expected to be issued next week, detailing all routes to be opened in preparation for the start of classes,” she added.

Get the latest news

delivered to your inbox

“It is in preparation. We will issue the corresponding memorandum circular when we finalize it by next week,” the LTFRB chief said.

Garafil also revealed that the agency is in consultation with the Parañaque Integrated Terminal Exchange (PITX) bus operators regarding the opening of old routes so that more buses can be deployed “easily and systematically” in various areas of the city. NCR.

Similarly, Garafil said the agency, under the direction of Transportation Secretary Jaime Bautista, will open modified routes in areas with many schools such as the Manila University Belt, as more public transport will be needed to meet the needs of students.

The route will also partially cover the length of Taft Avenue, passing through the campuses of De La Salle University and Saint Benilde’s College, and near the University of the Philippines in Manila.

As for jeepneys and UV express, she said “all non-EDSA roads will be reopened”.

“We have also set up a consultation regarding jeepney and UV express operators next week so that we can discuss and smooth out the deployment on the old routes,” Garafil said.

She explained that these modified routes will not pass through EDSA, the capital’s busiest avenue, as it is already served by the EDSA carousel bus route, or the bus rapid transit line that connects Monumento to Caloocan City at the PITX.

Last week, the LTFRB issued a separate memo that allowed full operation of school bus services but with several conditions on health protocols.

Sylhet is ready to inaugurate a modern bus terminal