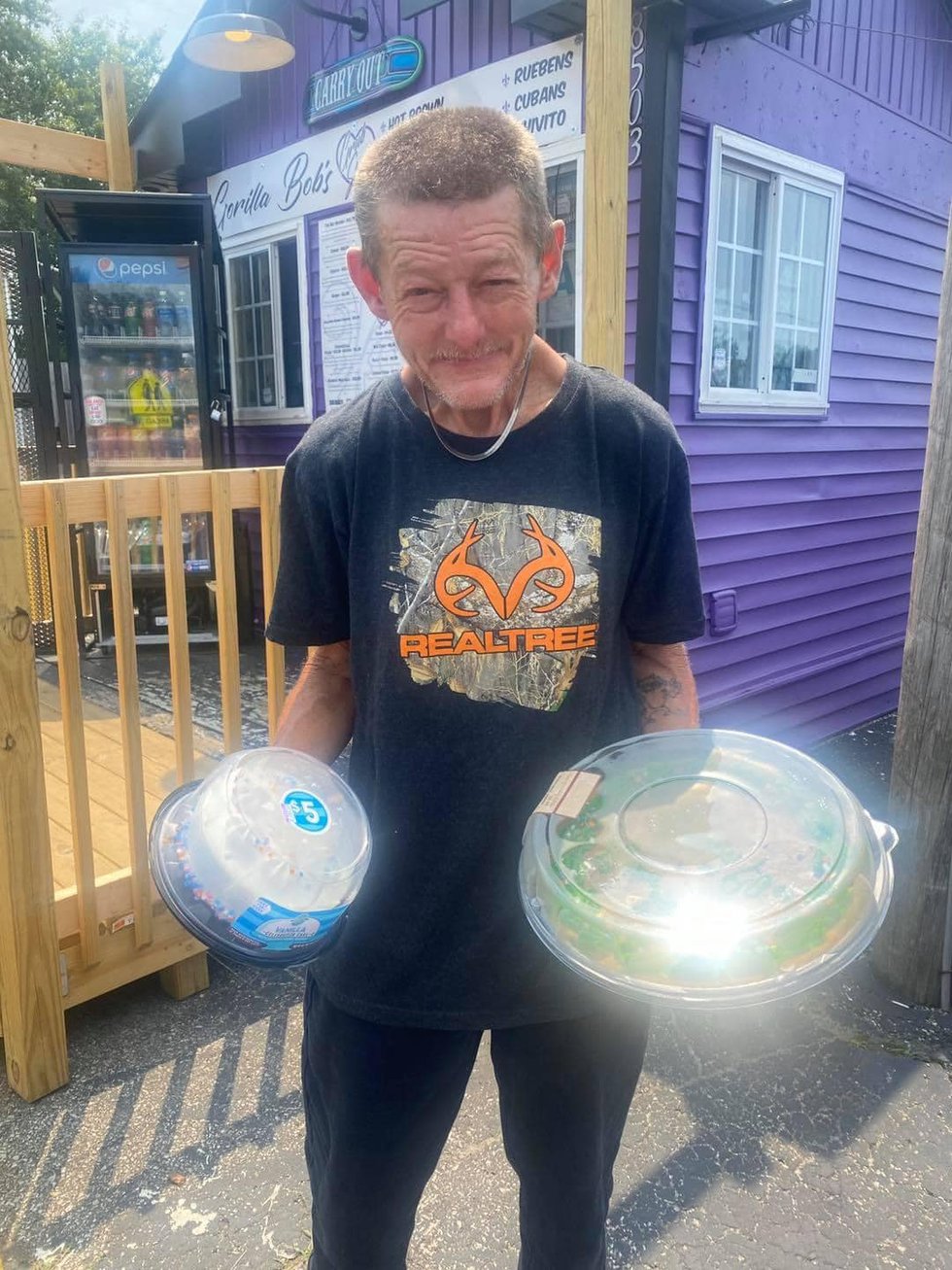 LOUISVILLE, Ky. (WAVE) – Michael Basham was hit not once, but twice by two different cars while riding his bike on Terry Road around 2:30 a.m. Sunday morning.

Both cars continued to drive after he was hit. Today, the community that knew him so well demands justice.

“He needs his justice,” said Bob Raymer, owner of Gorilla Bob’s Grub Shack. “He’s as human as anyone else.”

Basham was homeless, but not helpless.

“You see a lot of people holding up ‘will work for food’ signs, and they have no intention of working,” Raymer said. “All they want is money. Mike wasn’t like that.

Six years ago, Basham showed up at Raymer’s restaurant and started working. It was the start of an unusual but special relationship.

Basham had a small corner next to Raymer’s restaurant where he slept and kept his things.

“Five or six years, I saw him almost every day,” Raymer said. “You see him at Christmas. I said he was 61, he bought me a present for Father’s Day last year.

Raymer was shocked when he heard the news of the hit-and-run. Basham was cycling when he was kicked and thrown from his bike.

Shortly after, while on the ground, Basham was hit by a second car.

Hours later, Raymer was still struggling to find his words.

“He’s part of my family,” he said. “He is part of the family of my restaurant. He works harder than anyone I’ve ever seen in my life.

“He wasn’t someone who would take, take, take,” said Amanda Mills, founder of South End Street Angels. “He would never take more than he needed.”

South End Street Angels does community outreach for the homeless, victims of domestic violence, and more. Raymer said Basham was more than a client, he was like a brother.

“He was willing to give away the shirt even though he had very little or nothing,” Raymer said. “It’s a huge loss not only for me and my family, but also for the community here in the south.”

After hearing what happened to one of their own, Basham’s southern family has a message for the drivers.

“You just need to have closure,” Raymer said. “Justice must be done. Just meet, “

“Even if it was an accident, and you were scared and didn’t want to stop, do the right thing and surrender,” Mills said.

The South End community plans to hold a memorial and funeral for Basham.

If anyone has information or was in the area at the time of the incident, please call the Crime Tip anonymous hotline at 502-574-LMPD (5673) or use the Crime Tip online portal at LMPD Crime Tip Portal.

Clark Airport is setting up bus routes to Dau Terminal

The Ghost Buses of Sandon, BC