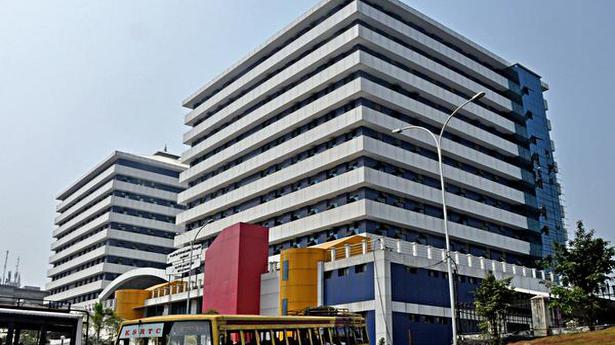 Kozhikode KSRTC terminal complex to be leased to ALIF Builders

The Kerala Transport Development Finance Corporation (KTDFC) will sign a memorandum of understanding with a Mukkom-based company in August to operate the KSRTC terminal complex on the Mavoor road in Kozhikode.

The terminal, which remained unused after its grand opening seven years ago, will now be handed over to ALIF Builders for commercial purposes on August 26. The company was awarded the contract for 30 years.

According to the agreement between ALIF Builders and the KTDFC, the company would invest 17 crore yen as a non-refundable security deposit and pay a monthly rent of 43 lakh for the commercial space. He also requested a 4.5 crore stamp duty waiver, sources said.

The KTDFC, a state government non-bank finance company, has been seeking to lease the shopping complex for some time. It was re-tendered following an order from the Kerala High Court two years ago.

The twin tower project was built at a cost of 65 crore and was inaugurated on June 1, 2015. The first tower has 10 floors and the second 11 floors, including a parking space. The terminal has a built-up area of â€‹â€‹38,069 square meters and consists of a KSRTC bus station, parking for 40 buses and space for shops, restaurants, offices and IT areas.

Several issues, such as a delay in obtaining a no-objection certificate from the Department of Fire and Rescue Services and the building number of the Kozhikode Corporation, cause continued problems for the KTDFC to obtain a license. bidder from 2016.

The rental of the complex was made possible through the intervention of PA ministers Mohammed Riyas and Antony Raju, and Kozhikode North legislator Thottathil Raveendran.