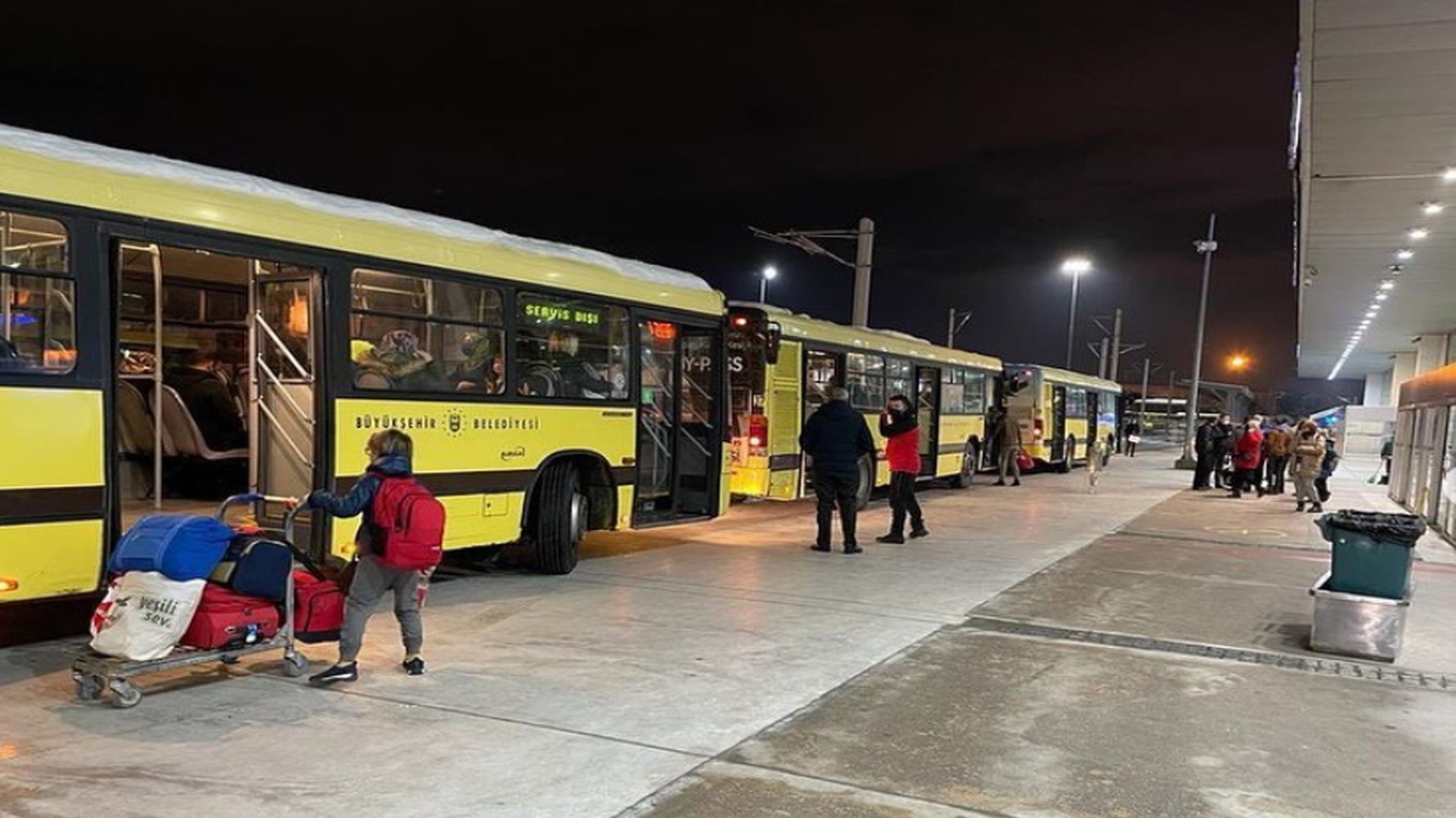 Istanbul passengers, who stayed at the Bursa terminal last night after the restriction imposed on entering and leaving the city due to snowfall which paralyzed life in Istanbul, were placed in student dormitories with the organization of the office of the governor of Bursa and the metropolitan municipality.