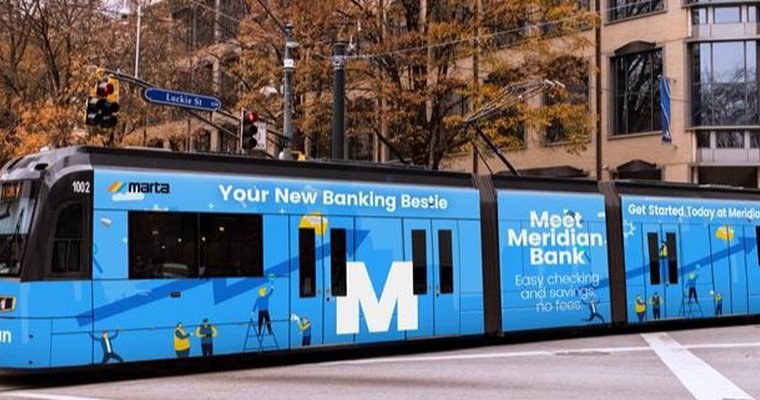 Intersection, an out-of-home media and technology company, signed a 10-year contract to sell advertising for buses, trains and stations with the Metropolitan Atlanta Rapid Transit Authority, which provides 95% of transit trips in common in the Atlanta metro area. , according to a press release from the company.

Through the agreement, Intersection will bring its static and digital multimedia products to more than 800 buses and paratransit vehicles, nearly 40 bus and train stations, and a number of electric vehicle charging stations in Atlanta. The contract will start on January 1, 2022 and includes two one-year options.

“MARTA has top-notch advertising space, much of which is mobile and seen by tens of thousands of people every day. Intersection has impressed us with their creativity in using these spaces and their ability to generate income. “Jennifer Jinadu-Wright, senior MARTA, director of marketing and sales, said in the statement.

As part of the deal, Intersection will also deploy 200 digital advertising screens on the MARTA system, creating a network for the transit agency. Through Intersection’s communication platform, IxNConnect, these displays will provide passengers with access to real-time information such as transit times, alerts, nearby points of interest, and more, while MARTA will be able to manage and maintain its digital assets system-wide.

“Home to some of the country’s top sports teams, world-class restaurants and a job market that attracts young professionals as well as Fortune 500 companies, Atlanta has quickly become a vibrant market ideal for advertisers who want to reach a large audience. and diverse, â€Scott Goldsmith, president and chief operating officer at Intersection, said in the release. “We look forward to working closely with the MARTA team to bring new advertising opportunities to the city of Atlanta.”

This is the seventh market for Intersection in the past 18 months, the statement said. With the addition of Atlanta to Intersection’s portfolio, advertisers can reach consumers in each of the top 10 designated market areas nationwide.