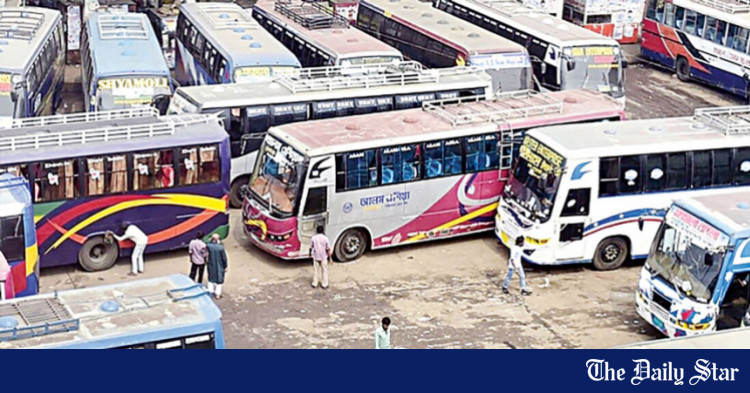 The movement of incoming buses to Rangpur has all but stopped tonight (27th October 2022), 12 hours ahead of the bus strike by local transport owners starting tomorrow at 6.00am.

Transport workers said the number of incoming buses was lower compared to other days since this morning.

It was cut in half this afternoon, they said.

Since 7:15 p.m. this evening, our local correspondent has been at the terminal for more than an hour and has not seen any buses arrive.

Only a few buses were seen leaving the terminal towards Dhaka and other areas, the correspondent reported.

It was clear that the Awami League would impose a transport strike in Rangpur in a bid to foil the public rally at the BNP rally, he alleged.

Transport owners in Rangpur have imposed a 36-hour strike in the district demanding a ban on three-wheelers on the highway, just two days before the rally.

The strike will be effective from 6 a.m. tomorrow to 6 p.m. Saturday.