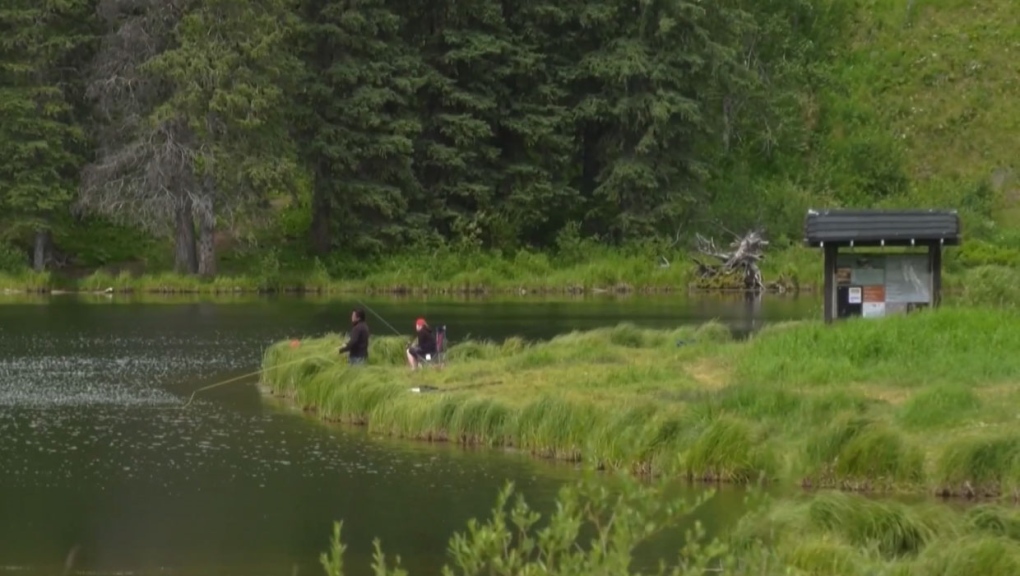 Millions of dollars in this year’s budget will be allocated to pay for upgrades and access to some of the most popular trails and mountain facilities Alberta has to offer, according to the province.

On Friday, the Alberta government announced $4 million in improvements to the Grassi Lakes and Goat Creek day-use areas.

With the funding, officials say they hope to address some of the congestion and public safety issues that have become apparent during the COVID-19 pandemic.

Jason Nixon, Alberta’s Minister of Environment and Parks, says the silver is an example of “the Kananaskis Conservation Pass in action.”

“(This helps) improve accessibility and day-use areas, and ensure the landscapes Albertans love are protected and well-maintained for years to come,” he said in a statement.

In addition to the investment in Grassi Lakes and Goat Creek, the province is also expanding the territory of Bow Valley Wildland Provincial Park.

Officials say about 610 acres will be added to the park, increasing the land area for the wildlife corridor.

During the first summer of the pandemic, visitors flocked to Kananaskis Country, eager to enjoy the outdoors but hampered by travel restrictions put in place by health officials.

As a result, there have been record guest volumes and undue pressure on the province’s resources.

The UCP government introduced the Kananaskis Conservation Pass in 2021 to help pay for visitor facilities and conservation improvements.

In addition to planned improvements to the day-use areas themselves, the Government of Alberta is also working with the Town of Canmore.

It is spending nearly $1 million to install a regional transit initiative between the Mountain community and K-Country to “reduce barriers” and open it up to more Albertans.

The Mayor of Canmore says there is no fare associated with travel from the Canmore Nordic Center to the trail areas.

The Government of Alberta launched the Kananaskis Conservation Pass on June 1, 2021. To date, approximately $12 million in revenue has been generated from sales.

Earlier this month, Alberta Environment and Parks hired 19 new conservation officers across the province using some of that money. Six of these new members are assigned to K-Country.

The government says all pass revenue “is used to provide visitor services and support operations in the region”, but did not provide further details on other initiatives.

GO buses will replace trains on some routes in Barrie