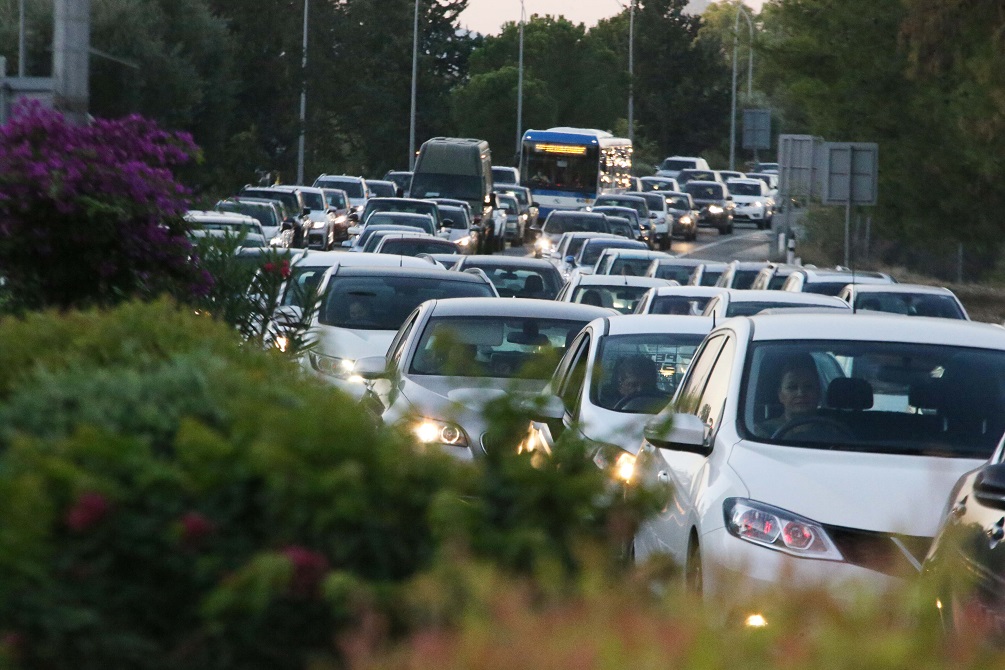 To increase the three percent use of public transport, we need expanded routes and parking lots, better connectivity and more bus lanes.

Urban mobility in Cyprus could be best described as urban immobility, as the continued dependence on private vehicles, combined with the derisory use of public transport, causes incessant traffic jams in city centers and greenhouse gas emissions. greenhouse which are double the European average.

Improved sustainable mobility plans are on the cards as part of the EU-funded National Recovery and Resilience Plan (RRP), but the list of what is needed is long and daunting: dramatically expanded park-and-ride facilities, better bus lines and more frequent bus services. to support them, an expanded school bus system and many more bus lanes.

A recent Eurostat study showed that with 645 cars per 1000 inhabitants in Europe, Cyprus had the third highest car rate, which, according to the RRP proposal, accounts for 25% of total greenhouse gas emissions. greenhouse of the country. At the same time, buses, our only available mode of public transport, remain unpopular, with recent figures showing that only three percent of trips in Nicosia are made by public transport.

The Cyprus Mail has asked residents of Limassol and Nicosia, the cities with the most severe traffic problem, to share their experiences with using the buses. Even though bus services are run by different operators in the two cities – Emel in Limassol and Cyprus Public Transport (CPT) in Nicosia – the response has been equally lukewarm.

In the case of Nicosia, almost all complained about unreliable service, especially far from the center, and confused connections. “It takes years because of the routes,” said Danielle, a 27-year-old from Nicosia. “To go anywhere, I have to go from my house to the center and then go back.” To change the route, the Nicosia bus driver often has to go to the main terminal in Solomos Square in the city center, get off the bus and board another.

Respondents from Limassol held similar views, saying buses are almost never on time. â€œI wouldn’t use a bus since I have the option of using my car,â€ said Michael, 32. He added, however, that his employer offers a bus service to employees who live in different cities so that they do not have to drive to work. Christos, also a resident of Limassol, said he was discouraged from using the buses because there is no real-time access to routes and timetables, making it impractical.

Dr Loukas Demetriou, assistant professor in the Department of Civil and Environmental Engineering at the University of Cyprus, believes that this is rather a case of insufficient infrastructure.

“It’s not really that Cypriots hate using the bus, it’s more that the existing system is just difficult to navigate,” he told the Cyprus Mail. â€œIt’s getting better but it’s not exemplary. It doesn’t serve the public effectively, which might explain why we’re at three percent. “

Both cities face huge queues and bottling hours at their centers and points of entry, especially during peak hours in the morning and afternoon. Demetriou says it’s just because there are no other options. â€œThe demand for these trips can only be met by private carsâ€, and there are specific areas where it happens every day, like the entrance to Nicosia on Limassol Avenue, or the Ayia roundabout. Phyla in Limassol.

â€œA first step would be to set up relay car parks; that way we will keep cars out of town and replace them with buses, which will move people around quickly and easily.

Park and ride is a fairly new concept for Cyprus, but the Public Works Department is working on implementing it across the island over the next year or so. This will allow commuters to park their cars in designated areas and take the bus into town. Demetriou also said it would better meet the needs of our expanding cities and new residential areas formed in recent years. Evi Anayiotou, chief engineer for sustainable mobility projects at the public works department, told the Cyprus Mail that plans are underway to gradually introduce park and ride facilities in all cities, starting with Limassol.

The existing facility which was introduced by Emel in collaboration with the Municipality of Limassol earlier this year in the city center will be expanded and joined by two more in Ayios Tychonas and Kato Polemidia. The department is in consultation to secure land for more spots around the island, but these are largely under wraps at the moment.

In Nicosia, other places will join the existing park-and-ride service run by the CPT in Alambra, which will be extended with additional facilities, including charging ports for electric cars. The Alambra facility connects Dali and surrounding villages to the city center, but CPT’s business development manager Alexander Kamberos said that in addition to serving these areas, the facility could also serve passengers coming from ‘other cities by car.

â€œThey could leave their car at the park and use the bus to get to the city center and, at the end of the day, get back to their city without having to put up with the city traffic and at the same time not be a part of the traffic.

Asked about the Solomos Square conundrum, Anayiotou said there were talks to expand the network so people could change routes at more stations, not just a power station. Emel CEO George Kyriacou said that while Limassol central bus station in Chavouza does not face the same problem, there are plans to improve both its connectivity and facilities. In addition, a relay park user would only need one ticket to use both the service and the following buses.

â€œIn general, we want people to approach alternative modes of transport with a positive attitude and leave their cars behind,â€ Anayiotou said, adding that the Ministry of Transport hopes to dispel the idea that buses are only for foreigners or people. low income. â€œBuses should be for everyone. “

Congestion is also worsened by school trips, an issue that is addressed by Emel’s and CPT’s school bus programs.

â€œWe have a strong bus network serving schools at the moment,â€ with the possibility of expanding it to cover a wider network, Kamberos said. The CPT, which operates school buses in Larnaca and Nicosia, transports around 9,000 pupils a day, cutting around 10,350 car trips in these two districts alone, he said. It also updated the system so parents can reload their card through the app and even know if their child has arrived at school and follow the bus.

â€œIf all students attending school in the morning did so by bus at a minimum, we would remove one car for every 1.2 students on average from the roads in the morning, thus reducing a large volume of congestion that runs parallel to government employees and private. the employees of the sector go to work.

That way, the former would avoid school traffic while the latter could leave the house a little later, Kamberos said. “It would be a quick win situation that can help alleviate traffic problems without making drastic changes on the ministry side other than communicating that there is a safe and reliable way to get children to school in the morning. . “

â€œI would say that the culture is slowly moving towards using the bus, but [bus operators] can only offer a 90% solution to the situation, â€he said, explaining that it can be difficult to convince the public to use a bus if they have to be stuck in traffic with other cars, no matter how comfortable it is or how many amenities it may offer.

“The widest part of Limassol has no trace of bus lanes, nor of traffic lights giving priority to buses,” Kyriacou said. “On the contrary, bus stops and shoulders are not suitable for stopping, and traffic often brings people who might have tried the bus back to their cars.” Demetriou agreed, saying an effective solution should be twofold: discouraging car use while facilitating an environment that will encourage the use of other options. Indeed, we cannot have one without the other.

â€œFor example, if a bus can carry 25 to 30 people, that means that many cars will be kept off the streets. To that end, we have to give priority to buses, and dedicated bus lanes are a good idea, â€he said. However, he added, this can only happen after successful implementation of more efficient public transport services and a park and ride service.

With generous funding through its mobility plans, the EU is forcing member states to think beyond cars while implementing actions that will focus on collective emissions reductions of 90% over the course of the next decade.

And even though Cyprus has presented some plans, the problem is that they have yet to be taken seriously, Demetriou said.

â€œWe expect so much from them, but so little is being done. We haven’t seen any tangible changes, they’re just on paper – and to me the proposed solutions seem very conservative for our purposes, as if holding back.

What we need, he said, is to think bigger and bolder, and to use technology to our advantage. â€œIf we give the public a new ecosystem that will encourage them to use alternatives to their own car – like bikes, scooters and even just walking – I’m sure they’ll be happy to do that. “