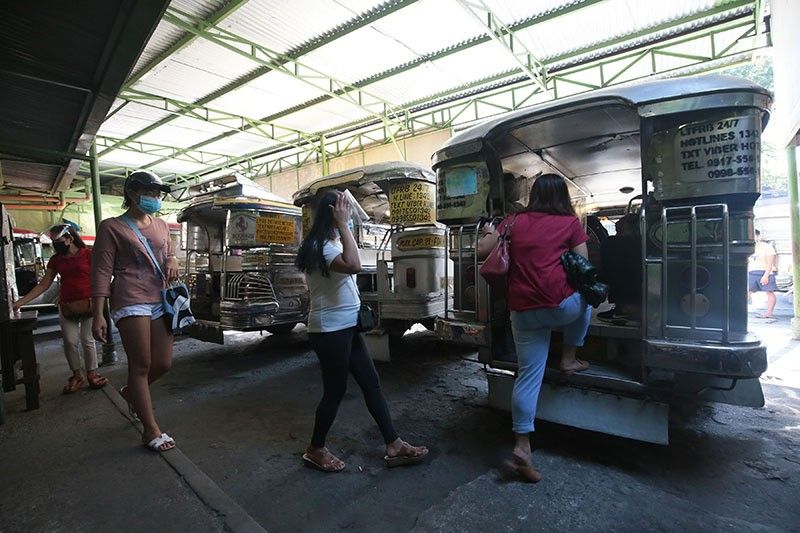 MANILA, Philippines – A lawmaker on Monday called on the Transportation Department to allow more traditional buses and jeepneys to use Metro and provincial highways in Manila, as recommended by consultants from the Land Transportation Franchising and Regulatory Board.

It comes after Metro Manila finally lifted curfew orders amid a reported drop in COVID-19 cases, which ultimately led to an increase in passenger capacity of public service vehicles to 70% .

In a statement sent to reporters on Monday, Senator Risa Hontiveros said this could only be done on an interim basis, and without derailing the utility vehicle modernization program to keep commuters safe.

â€œDense public transport is a super-spreader of COVID. So it’s time for the DoTr to once again allow traditional buses and jeepneys to travel and open new routes, especially as more commuters are expected,â€ she said in Filipino and English.

Hontiveros in his statement stressed the importance of deploying sufficient PUVs amid a dramatic drop in units along the EDSA to prevent passengers from sitting close to each other.

â€œThe good news is that the number of COVID-19 cases in the country is on the decline, but we must not be complacent. We need to make sure there are enough jeeps, buses and UV express passing through to be safe, not congested, and still have physical distancing to prevent the virus from spreading again, “Hontiveros said.

“Enforce COVID-19 rules by solving the lack of transport”

Transport groups have long called on the national government to allow more vehicles to travel their routes to offset the effects of reduced capacity, saying more utility vehicles on the road will help ensure that commuters comply with quarantine rules on public transport.

â€œBus and jeepney passengers know the rules and we think most of them want to obey those rules. However, it is a fact that there is a supply problem in today’s public transport landscape and this is a major obstacle to the effective implementation of our COVID-19 protocols, â€said commuter group The Passenger. Forum in March.

â€œThis is clearly a problem of lack of space for PUV passengers and this is why commuters have no choice but to occupy the remaining seats or even the aisles of buses. supposed to be vacant for social distancing. It will be very useful if DOTR gives a starting signal for more PUVs on our roads. “

Hontiveros also said the additional number of PUVs on Metro Manila’s roads will not only reduce long queues and waiting time at stations, but could also reduce the number of private cars clogging the streets. .

â€œWith so many vehicles parked, let’s use them first when there are no modern jeepneys and buses. Again, it’s a win-win for drivers and passengers,â€ Hontiveros said. .

To date, health authorities have recorded 2.80 million coronavirus infections in the country, of which 32,077 are still classified as active cases.

– Franco Luna with a report by Bella Perez-Rubio