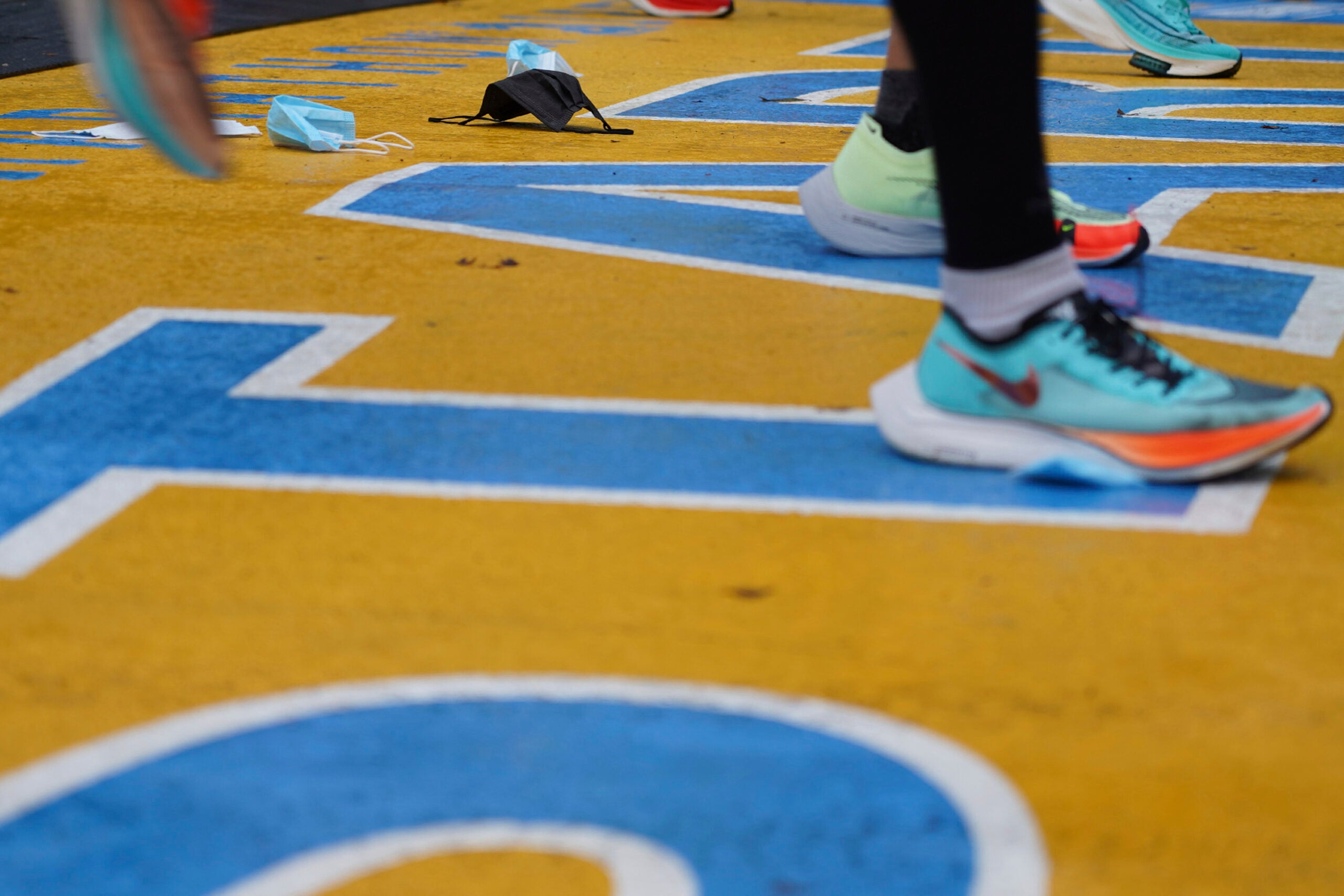 Things went pretty well on Monday — for an unconventional Boston Marathon — but a notable hiccup was a number of buses getting lost on the way to the start line.

A few buses shuttling riders from Boston to Hopkinton did not make it to the designated drop-off point near the start, The Boston Globe reportedand instead dropped people off about a mile and a half down a side street blocked by police.

The police told the World at least eight buses got lost on the way to the start line and dozens of runners faced an uphill march before their races started. Although the buses attempted to change routes, most riders returned to the blocked intersection of Cedar Street and Legacy Farms N and had to make the trip.

Also, some buses coordinated by the Boston Athletic Association got lost, but each made it to the start line on time. BAA spokesman Chris Lotsbom told Boston.com that their buses, operated by Yankee Line, made 350 trips to Hopkinton to drop riders and three took a wrong exit.

“The buses were activated with GPS tracking and radio communications which allowed Yankee Line to confirm that only three buses approached the drop off location from a different Hopkinton exit, but were guided to the correct Pleasant Street drop-off location for athletes,” he said. .

“In the months leading up to the race, the BAA encouraged all athletes to participate in the official transportation program. Yankee Line drivers are trained before the Boston Marathon with practice runs and route videos to ensure route consistency.

With over 15,000 runners, there were other private buses taking runners to the start line on race morning. The BAA does not follow these routes, Lotsbom said, and it is unclear who operated the other buses.

North Carolina riders Jon Viventi and Jen Chu were each on a BAA bus that was delayed.

“Our bus made a wrong turn and got off the freeway too early,” Viventi told Boston.com. “Then we got back on the freeway heading east and had to drive many miles in the wrong direction before we could get back down and turn around. Luckily someone in my party was from Boston and able to give directions. We finally got there, maybe an hour and twenty minutes after we left? »

Although the rolling start was forgiving, Viventi said they ended up passing people for a while because they started with a later wave. Chu also missed his estimated starting window – it started around 10.15am – but said he didn’t mind as they eventually made it.

“Our bus first took us to a parking lot where there were other school buses; however, they were all empty except for some drivers. A few volunteers in the lot looked at us in surprise, so we realized we were definitely in the wrong place,” Chu told Boston.com. “Some other riders on the bus asked our driver to take us to the nearby college where we saw lots of riders and buses. We thought they were unloading riders there but it was actually another bus loading area…Our bus ended up following these buses to Hopkinton The female rider sitting next to me had her phone and he told us we were about 5 miles from where we were supposed to be We did it though!

“Everything else in the race was done really well,” said Viventi. “I would like them to continue to do the flying start. Never experienced the Athletes Village, but what we did seems best dragged on for hours initially. But maybe print some directions for bus drivers next time.

“I also liked the rolling start, but I missed the Athletes’ Village because it’s part of the Boston experience,” Chu said. “I fully understand the precautions that the organizers have taken and I appreciate all their efforts! I love this race – the volunteers, organizers, spectators are all amazing! »

Stay up to date on all the latest news from Boston.com